Amid the destruction in Eastern Ghouta, photos speak volumes

In Eastern Ghouta, constant shelling has forced families to live in an atmosphere of neverending fear. Many have resorted to hiding in shelters underground in a desperate attempt to stay alive – with little food to sustain them.

Our team in Damascus entered Douma on 5 March 2018 to deliver much needed aid to try and lessen some of the immediate suffering of the people living there.

The ICRC has repeatedly called for all sides in Syria to respect the laws of war, which are being ignored.

We again urge parties involved in the conflict to take every precaution to spare and protect civilians. 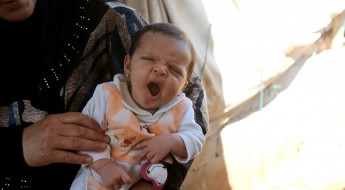