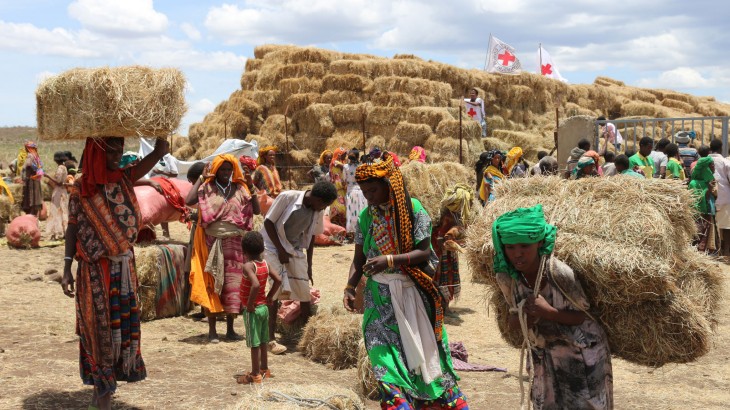 The supply of hay contributes to preventing the death of the cattle that communities rely on for survival. CC BY-NC-ND / ICRC / Alemayehu Takele

The International Committee of the Red Cross (ICRC) and the Ethiopian Red Cross Society (ERCS) are delivering hay to families affected by drought who have been displaced by violence in an effort to prevent the deaths of cattle the communities rely on.

The hay is being delivered to 1,820 pastoral families displaced by intercommunal clashes in Mieso district, in Hararge in eastern Ethiopia. The 43,000 bales will help those families sustain their cattle during a difficult dry period.

"The supply of the hay will have a significant contribution in preventing the death of the cattle of the communities who are heavily dependent on them," said Anwar Ahmed Wariyo of the Mieso district Pastoral Office. "We are very happy and appreciate highly the ICRC and ERCS for their timely response to the basic need of our communities, who are also at risk of starving because of the drought." 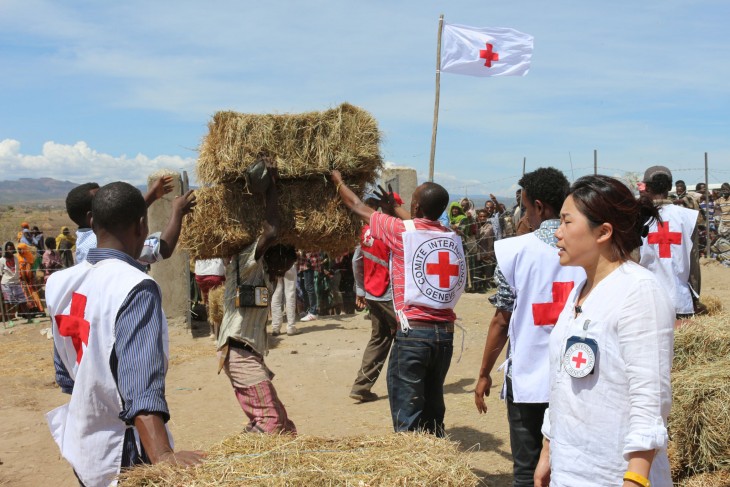 Each household will receive three bales of hay weekly over two months. The hay will be enough to feed either two cattle or 12 smaller animals like goats or sheep, according to Andrea Minetti, the Economic Security Program Manager of the ICRC delegation in Ethiopia.

"We try to act at two levels. First we provide essential household items when people are first displaced, enabling them to live in basic dignity with friends or relatives. Second we provide the means to households to restore their livelihoods, thereby preventing them falling into a downward circle of poverty," Minetti said.

One man receiving the hay, Mohammed Adem, has nine family members and owns seven cattle, including two milk cows. "I am very happy to receive the hay. It will help me to sustain my herd, which are the main source of food for my family," he said. 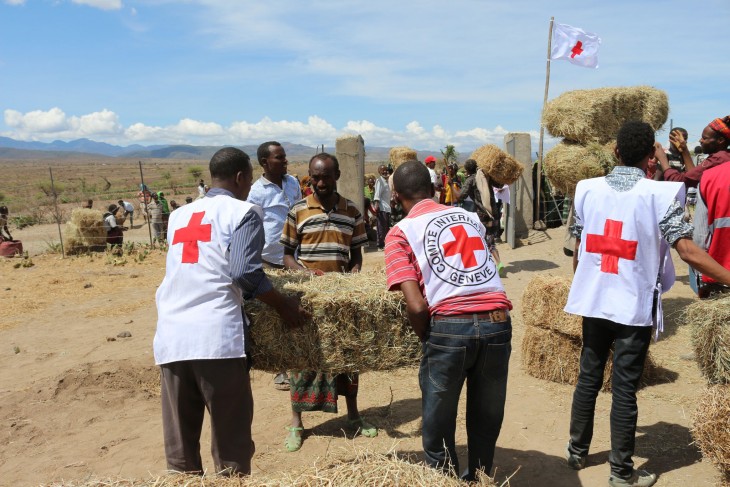 The hay distribution is part of the ongoing efforts by the ICRC and ERCS to restore the livelihoods of communities affected by drought. CC BY-NC-ND / ICRC / Alemayehu Takele

Another resident, Abdella Ahmed, 40, said: "It has been a year since we saw rain in our area resulting in the severe shortage of grass for our cattle. It is indeed a blessing for us to get the fodder for our livestock. Now I will not worry about it, for the hay will last until the next rainy season."

As part of efforts to restore the livelihoods of the affected communities, the ICRC and the ERCS will also deliver seeds and tools to farmers of Mieso district after having distributed essential household items to the same group following their displacement.

Tatek Abebe, Secretary of the ERCS for West Hararge Zone, said the delivery of the hay, the communities' No. 1 priority, is also intended to mitigate the effects of the drought.