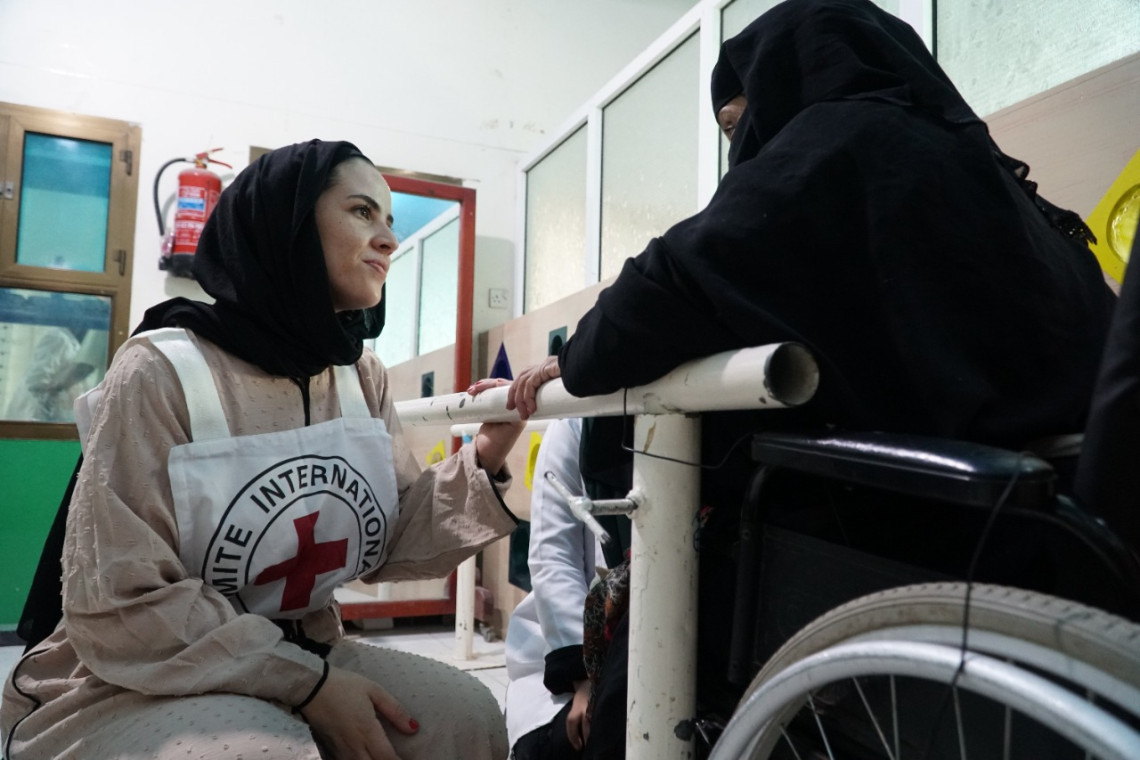 Statement of the International Committee of the Red Cross (ICRC) to the UN Security Council: Annual Debate on Women, Peace and Security. Delivered by Alex Boivin, Head of Policy and Humanitarian Diplomacy at the ICRC.
Statement 02 November 2022

On behalf of the International Committee of the Red Cross (ICRC), I wish to thank the Security Council for the opportunity to take part in the annual debate on Women, Peace and Security.

As we come together to report on progress made in the implementation of the WPS agenda, we find that the momentum created twenty years ago remains as critical as ever. In situations of armed conflict, gendered harms including sexual violence remain rife. Today, the international community must assertively recommit to the advancement of the situation of women and girls in conflict.

We know that gender inequality exacerbates the impact of conflict on women who often have fewer financial resources to recover from their injuries and from damage to their property, who are more likely to be discriminated against because of injury or disability, who may face additional barriers to getting medical assistance and who are less involved in deciding where humanitarian aid is delivered. We know that military operations do not therefore take place on an "equal playing field" for women and girls.

Parties to armed conflict must take better account of this inequality as they fight. When it comes to the specific impact of conduct of hostilities, gender analysis can reveal significant variations in harmful effects on women and men - such trends are predictable. Military operations should be sufficiently informed by evidence of their effect on women and girls.

As set out in our recent report, we believe that incorporating a gender perspective into the application and interpretation of IHL is a building block for progress towards the alleviation of harm against women and girls in armed conflict. Specifically, IHL requires parties to armed conflict to assess and take steps to reduce expected civilian harm as part of the application of their obligations – in our view, expected civilian harm is more likely to be accurately assessed with a gender perspective.

A gender perspective is not only critical to ensuring respect for IHL and the principles of humanity and impartiality. It is vital to deliver an effective response because it helps us identify people's sources of strength, their capacities and coping mechanisms.

We have seen time and again how women have had to step into new roles in times of war, and how they do so with determination and strength. While men continue to be those most likely to be injured or killed, go missing, or be detained, women become the primary breadwinners, leaders and activists in the search for their loved ones. And they do this all while still undertaking traditional caretaking work and other undervalued or unrecognized labour.

Women's capacities to adapt to and take on new roles are critical for the stability and protection of their communities. We cannot effectively build resilience without attention to gender – both the challenges and opportunities it uncovers, especially in times of conflict and disruption. This is why the ICRC has committed to deepening its understanding of how a gender perspective across all areas of its work can help better achieve its mandate.

We all have a part to play in addressing gendered impacts of armed conflict and the ICRC fully intends to play its part. We are encouraged to see that several States have taken concrete steps to implement their IHL-related commitments under the Women, Peace and Security resolutions.

And we ask that States do more.

First and foremost, we ask that more be done to ensure that the clear prohibition of sexual violence under IHL is integrated into national law, military doctrine and training. We also recommend that States incorporate a gender perspective in the application of IHL in their National Action Plans and in other relevant policies where IHL is addressed.

We stand ready to support States in this process, and work together to better protect, support and empower women and girls affected by armed conflict.

Five things to know about sexual violence in conflict zones