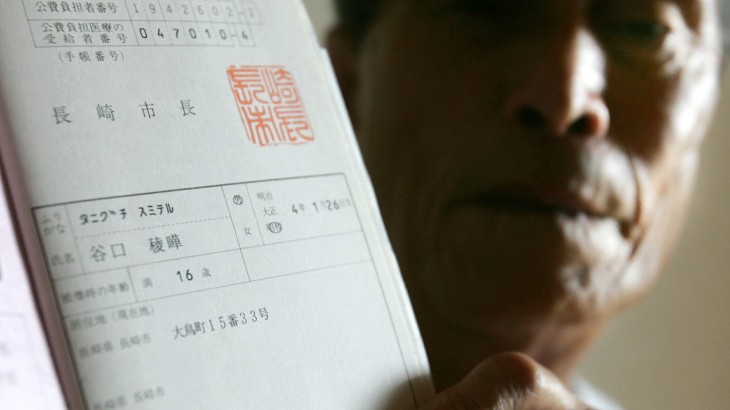 6 August 2015, Hiroshima/ Geneva (IFRC/ICRC) – Seventy years after the atomic bombings of Hiroshima and Nagasaki, Japanese Red Cross Society hospitals are still treating thousands of survivors for long-term health effects, with nearly two-thirds of deaths among them due to cancer.

"Even after so many decades, we continue to see the catastrophic health impact from the use of nuclear weapons on these two cities," said ICRC President Peter Maurer. "What more compelling argument could there be for the complete elimination of nuclear weapons, especially as most of the bombs in the arsenals of nuclear armed states today are more powerful and destructive?"

With nearly 200,000 survivors still alive it is expected that many thousands will continue to need care for radiation related illnesses in the coming years, while the psychological impact of the bombings continues to haunt even those survivors not physically ill.

"This commemoration is a reminder of the indiscriminate humanitarian consequences of nuclear weapons," said Tadateru Konoé, the President of the International Federation of Red Cross and Red Crescent Societies who is representing the Movement at Peace Memorial Ceremonies in Hiroshima and Nagasaki. "It is a reminder that these consequences travel across space and time and that, once unleashed, they can never be contained."

Nearly two-thirds (63 per cent) of atomic bomb survivor deaths in the hospital through March 2014 were attributed to cancers of which the primary types were lung cancer (20 per cent), stomach cancer (18 per cent), liver cancer (14 per cent), leukemia (8 per cent), intestinal cancer (7 per cent) and malignant lymphoma (6 per cent). Over this period, more than half of all deaths at the Nagasaki Red Cross hospital (56 per cent) were due to cancer.

The 70th commemoration of the atomic bombings comes just months after the failure of the Review Conference of the Treaty on the Non-Proliferation of Nuclear Weapons to agree on moves forward towards their elimination. ENDS