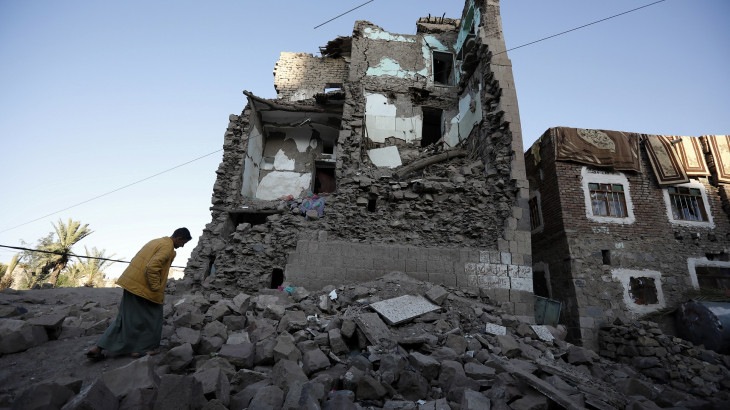 We are all grappling with the impact of the COVID-19 pandemic but it could not have come at a worse time for people already made extremely vulnerable by warfare.

In places such as Afghanistan, Libya, Syria and Yemen, the bombing and shelling of cities and towns has left people without access to water, electricity, sanitation or a functioning healthcare system – the basic services that will help protect them from the virus.

Back in March the Secretary-General of the United Nations called for an immediate, global ceasefire so aid workers could reach people in areas affected by conflict. So far more than 115 governments, several regional organizations, 200 civil society groups, and 16 non-state armed groups have publicly endorsed this call.

But many have ignored it. Protracted conflicts continue to rage in many parts of the world. Often this involves the use of heavy explosive weapons in populated areas, with devastating effects on civilians. Right now, more than 50 million people are affected by conflict in urban areas. The impact on entire societies is profound and will endure for generations to come.

We urge warring parties to immediately and unconditionally adhere to a pause in fighting to allow aid supplies and staff to get to those in need. Not only will this save lives, it will give warring parties a chance to reconsider their weapons and tactics and take steps to avoid civilian harm if fighting resumes.

In cities more than anywhere else, the choice of weapon used has a significant impact on civilian suffering.

Many of the explosive weapons with wide area effects being used in urban warfare today were originally designed for use in traditional, open battlefields. This includes inaccurate weapons that put entire neighbourhoods at risk, systems that fire multiple rockets simultaneously over a wide area, and munitions that produce large blast and fragmentation effects. It also includes large improvised explosive devices used mainly by non-State armed groups.

When used in populated areas, they inflict massive and often indiscriminate destruction. We can see it in the images of devastation from Mosul, Taiz and Donetsk.

The overwhelming majority of casualties are civilians. Countless are killed or gravely wounded. Hospitals are faced with multiple casualties and complex injuries that are difficult to treat, quickly overwhelming emergency rooms. Many survivors are left with life-long disabilities or severe psychological trauma. Homes are destroyed, and people are forced to seek shelter with relatives or in overcrowded camps with poor sanitation and over-stretched health-care services.

For victims of this kind of warfare, who are already reeling from injury, disability, displacement and insecurity, the threat of COVID-19 pandemic is too much to bear.

The use of heavy explosive weapons damages and destroys essential infrastructure needed to run health-care systems, such as hospitals and other medical facilities, as well as power and water supply lines and sanitation networks. This sets off domino effects and more civilian death and suffering well beyond the weapons' blast zones.

At a time when preventing the spread of the virus is key, lack of access to clean water and electricity makes it impossible to implement basic hygiene measures such as hand-washing and to access to critical internet-based public health information, crippling the capacity of conflict-affected societies to contain the current pandemic.

Back in September, the UN Secretary-General and the President of the International Committee of the Red Cross (ICRC) called for specific actions. They recalled the protective power of international humanitarian law when its rules are faithfully respected, all the more so when armed conflicts are waged in populated environments, where civilians are at great risk of harm. They also called on warring parties to employ strategies and tactics that take combat outside of cities and to reduce urban fighting altogether. And they appealed to them to avoid the use of explosive weapons with wide area effects in populated areas, because of the significant likelihood of indiscriminate effects.

As the COVID-19 pandemic is now reaching some of these places this appeal is now more necessary and more urgent than ever.

Governments are working to develop a political declaration on addressing the humanitarian consequences of the use of explosive weapons in populated areas. We welcome the ongoing efforts led by Ireland to develop such a declaration. And we encourage all governments to support this effort and to commit to avoiding the use of explosive weapons with wide area effects in populated areas.

If action is taken now we can prevent further deterioration of the world's most fragile health-care systems.

Instead of attacking and devastating cities, they should be supported in their fight against this new immense threat to humanity - COVID-19.