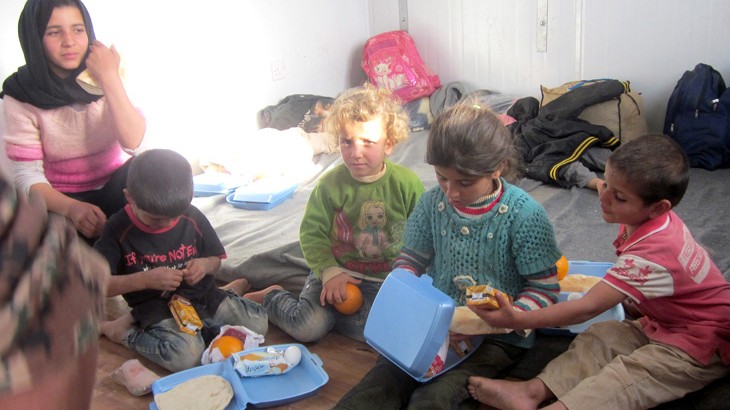 As the Syrian crisis enters its fifth year, the hardships endured by millions of people in Syria and neighbouring countries continue to grow. According to recent figures, the number of Syrian refugees in Jordan stands at almost 680,000, with approximately 85% of them living in host communities.

In an effort to address the humanitarian needs of Syrian refugees in Jordan, the International Committee of the Red Cross (ICRC) has continued providing the newly arriving Syrians, who stay initially at four ICRC-supported transit facilities in the north-eastern border area, with often daily essential assistance, including three cooked meals per day, drinking water, blankets, mattresses, hygiene items and basic medical supplies.

In cooperation with the Jordan Red Crescent Society (JRCS), the ICRC has continued providing monthly cash assistance to Syrian refugees living in host communities, since the refugees gradually use up their savings and other resources.

In Zaatari and Azraq refugee camps, the ICRC has been providing free international phone calls for thousands of Syrians, so they can restore contact with their families inside Syria and elsewhere.

The protracted Syrian crisis has affected not only the Syrian refugees but also their host communities in Jordan. The influx of refugees has overstretched Jordan's infrastructure and public services, increasing the demand on housing, food, energy, water and sanitation. 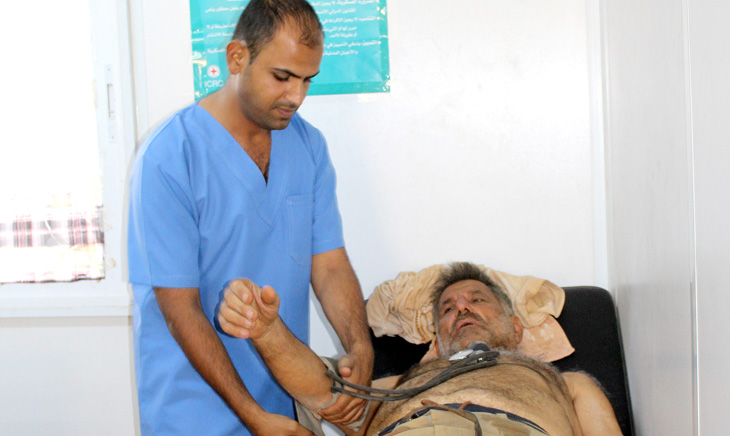 Facts and figures – January to April

Working in partnership with the JRCS