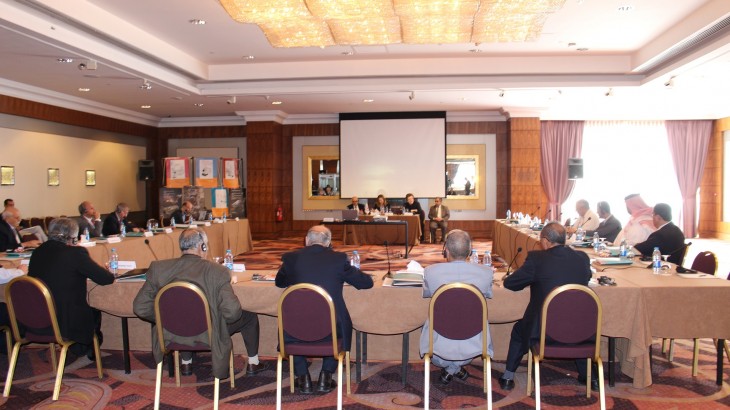 Participants are discussing the role of medical associations in promoting medical ethics among medical staff in places of detention. CC BY-NC-ND / ICRC / A. Sari

The second regional conference on health care in detention organized by the ICRC started today in Amman, attended by representatives of medical associations from nine Middle Eastern and North African countries.

Around 20 representatives from Algeria, Bahrain, Iraq, Jordan, Lebanon, Mauritania, Palestine, Tunisia and Yemen are taking part in the conference, which runs from 23 to 26 March and is being organized jointly by the ICRC and the World Medical Association.

"The conference is highlighting the role of medical associations in promoting medical ethics among  medical staff  in places of detention," said Dr Raed Aburabi, who coordinates the ICRC's detainee health care activities.

Participants will discuss the challenges facing medical staff in places of detention, the effect of solitary confinement, management of hunger strikes, the role of doctors and questions of medical ethics that arise in such situations.

The ICRC visits detainees to monitor the conditions in which they are being held and the treatment they receive, and to bring about improvements where necessary. It discusses its findings directly and confidentially with the authorities concerned.