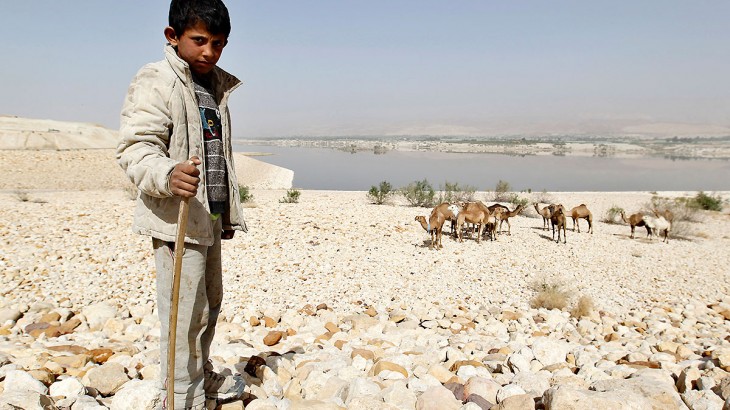 With the influx of hundreds of thousands of Syrian refugees into the northern governorates of Jordan, the demand for water has grown significantly. The ICRC has expanded its water activities to meet people's needs.

The influx of Syrian refugees into Jordan is placing considerable strain on local water supplies and wastewater disposal capacity. North Badia in particular has been seriously affected by the refugee crisis. "The increased refugee population in the host communities has created an additional burden for an already aging water supply system," said Danielle Brunton, who coordinates the ICRC's water and habitat programmes in Jordan.

In September, the ICRC signed a memorandum of understanding with the Yarmouk Water Company, which is responsible for water and sanitation services in four northern governorates, to upgrade the water infrastructure in eight of the areas of North Badia most affected by the refugee influx.

"What we are aiming at is to improve the quantity, quality and consistency of water supply for approximately 120,000 people in northern host communities," said Ms Brunton. The transmission and distribution pipe networks, water treatment plants, pump stations and water wells in Mafraq and Rweyshid will all be improved and modernized.

Facts and figures – August through November

Working in partnership with the Jordan National Red Crescent Society

North Badia. Excavation is complete for the pipes that will carry water to the towns of North Badia. CC BY-NC-ND/ICRC/M. Al Shor