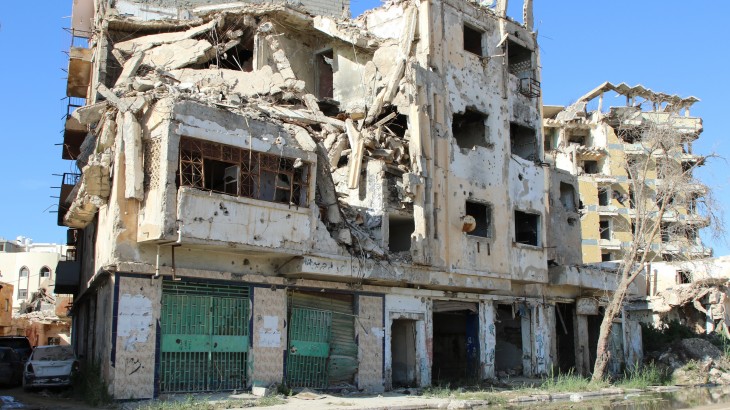 Tripoli (ICRC) – Civilians in Libya are suffering deeply from a war that is hitting neighborhoods, health facilities and schools. Daily life for many Libyans is marked by chronic fear and uncertainty as families find it harder and harder to make ends meet, President Peter Maurer of the International Committee of the Red Cross (ICRC) said at the end of a visit here.

One in four Libyans is affected by a conflict that is entering its ninth year. Months of fighting in Tripoli has led to the closure of an additional 13 health facilities and 220 schools, according to the UN, disrupting much-needed health services and education. Many Libyans are increasingly facing a scarcity of basic items and decaying or destroyed public services and infrastructure. More than half a million people are estimated to be in critical need of medical care.

"The combination of economic collapse and protracted conflict is making it difficult for people to acquire even the most basic items and services, like health care, clean water and education," Maurer said after meetings with residents and government and military officials, as well as Libyan Red Crescent Society's (LRCS) representatives in Tripoli and Benghazi. "People's savings and other resources are dwindling. The most vulnerable among them are those households who have lost a breadwinner."

The ICRC urges all belligerents to respect basic principles of international humanitarian law while conducting military operations to ensure that civilians are spared from the effects of ongoing hostilities and that they shall never be a target of any attack. Similarly, infrastructure necessary for human survival such as hospitals, schools, water and electricity plants must be protected.

Thousands of Libyans have been forced to flee their homes – many repeatedly. Last year saw around 177,000 people displaced from their homes because of fighting in different parts of the country, including 150,000 people uprooted due to fighting around Tripoli.

Over a million people in Libya in 2019 benefited from one or more services provided by the ICRC, working closely with the LRCS. Food parcels were distributed to more than 240,000 people, including the internally displaced, residents, returnees and migrants. The ICRC also provided medical supplies to 66 hospitals and primary health care facilities which collectively carried out 750,000 consultations. In addition, ICRC visited people in three places of detention under the authority of the Ministry of Justice in Tripoli, Misrata and Benghazi.

The ICRC reiterates its commitment to playing the role of neutral intermediary between the Government of National Accord (GNA) and the Libyan National Army (LNA) to address humanitarian needs.

"The trust so far shown by both sides towards ICRC is reassuring and we want this to endure," said Mr Maurer. "However, more needs to be done to spare civilians from the appalling consequences of the conflict. This week I spoke with people who are suffering deeply from this war. They are following the ongoing ceasefire talks and tentatively hoping that they will bring them lasting relief."