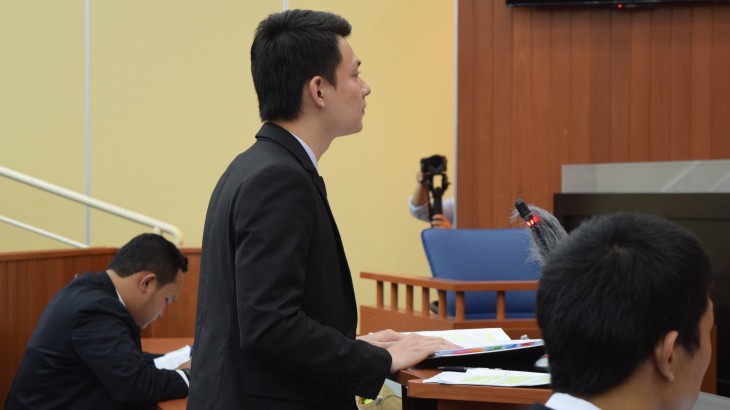 Since 2004, the ICRC Kuala Lumpur has been partnering with the local university to organize an International Humanitarian Law moot court competition where students argue to prosecute or defend a fictional war criminal charged before the International Criminal Court. The winning team proceeds to compete in the Asia Pacific Round in Hong Kong.

Co-organized by the ICRC and International Islamic University Malaysia (IIUM), the national IHL moot court competition this year, expects the participation of law students from ten public and private universities. In its 16th edition, the competition will take place from 12 to 13 October 2019 at Ahmad Ibrahim Kulliyyah of Laws, IIUM.