Memories of Hiroshima and Nagasaki urge us to eliminate nuclear weapons 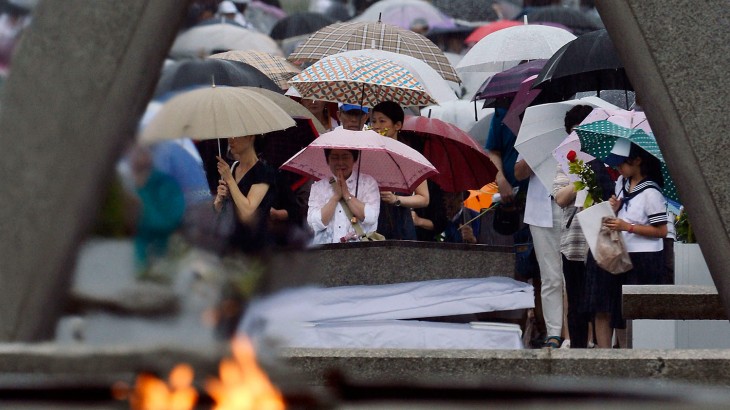 Consider a shocking reality: today, 70 years after the atomic bombings in Hiroshima and Nagasaki, Red Cross hospitals are still treating thousands of survivors for the after-effects of radiation and nearly two-thirds of deaths among them are due to cancer.

Yet the two nuclear bombs which caused such untold human suffering and devastation were small compared to most of the bombs in the arsenals of nuclear-armed States today.

What more compelling argument could there be, therefore, for the international community to redouble its failing efforts to secure a timetable to prohibit the use of and ensure the complete elimination of nuclear weapons?

Before it is too late.

The horror that inhabitants of these two cities felt as loved ones were incinerated and the injured searched in vain for medical care makes this anniversary a deeply emotional event in itself.

The continued incidence of leukemia and other cancers and the lingering concerns about the impact of potential genetic damage on children whose parents were exposed to radiation make this still a commemoration fraught with pain and anxiety.

The fact that Hiroshima and Nagasaki were able to rebuild and revitalise themselves, and the fact that the people of these cities have passionately advocated for the abolition of nuclear weapons, are both powerful symbols of human resilience.

What makes the commemoration all the more poignant is the timing. It comes just months after a Review Conference of the Treaty on the Non-Proliferation of Nuclear Weapons failed to achieve progress towards the elimination of nuclear weapons.

This outcome was deeply disappointing. But we owe it both to the survivors of Hiroshima and Nagasaki and the hundreds of thousands who lost their lives not to give up.

We in the International Red Cross and Red Crescent Movement will continue our work to raise awareness of the horrific human costs of nuclear weapons and to urge all States to ensure that these weapons are never again used.

Governments must also pursue negotiations to prohibit the use of and completely eliminate nuclear weapons through a legally binding international agreement.

Seventy years after they were used, it is time to finally bring an end to the era of nuclear weapons. The lingering humanitarian aftermath of Hiroshima and Nagasaki should remind us all of what is at stake and galvanise our action. Completely ridding the world of nuclear weapons is a humanitarian imperative and it is the only way forward.