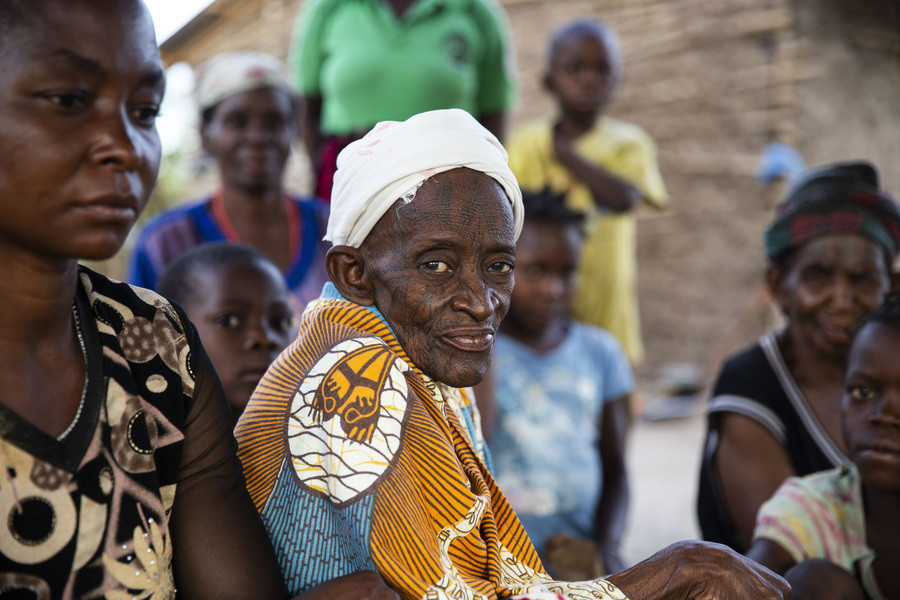 Northern Mozambique is engulfed in a conflict that is getting worse. Hannah Matthews headed up the ICRC’s work in the northern province of Cabo Delgado. The British aid worker looks back on her two years in the country.
Article 27 August 2020 Mozambique United Kingdom

When you speak to someone who is traumatised, you take on some of their pain.

When you rebuild a maternity hospital after a cyclone, only for it to be razed to the ground by conflict, you rage on the inside.

When the plight of people you seek to help keeps getting worse, you feel helpless.

Mozambique has left its mark on me like nowhere else I've worked in my 12 years in the humanitarian sector.

For too long the conflict and humanitarian crisis in the northern province of Cabo Delgado have not received the attention they deserve.

Brutal violence has been slowly escalating over the last three years and has now reached a new intensity. There were more attacks in the first half of 2020 than there were in the entirety on 2019.

The recent attack on Mocímboa da Praia was the latest and will not be the last.

I took up my role in the northern coastal city of Pemba in July 2018. At that time, attacks were sporadic and our own humanitarian response was just beginning. Things quickly took an unexpected change.

Cyclone Idai, one of the worst tropical storms ever recorded in the southern hemisphere, hit central Mozambique in early March 2019. 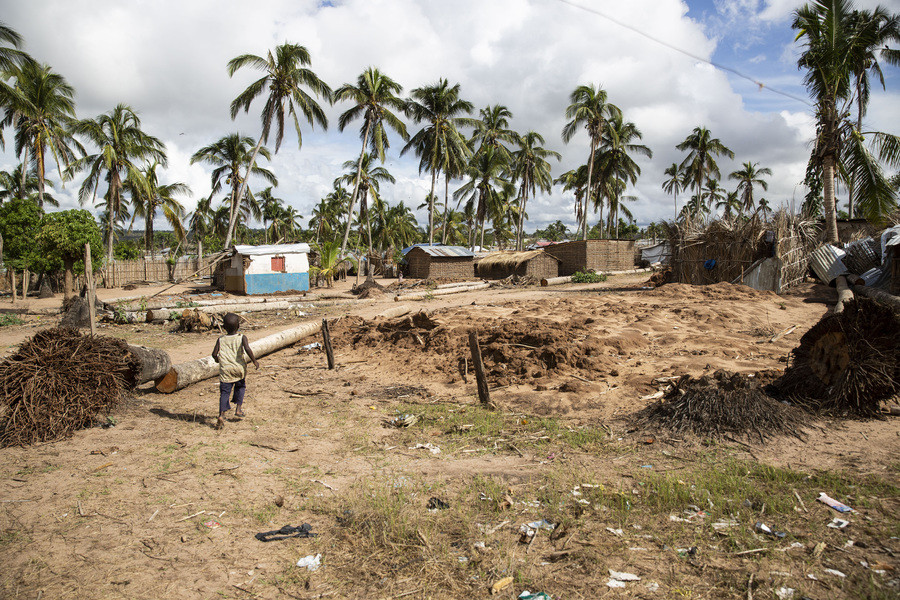 A child runs through the ruins of a home that was destroyed by Cyclone Kenneth. Crystal WELLS/ICRC

The destruction was total. Mighty baobab trees lay with their roots pointing skywards. Houses and buildings were reduced to rubble.

For those who had already fled because of the conflict, Kenneth was a double blow. Not only were they in need of aid in the storm's aftermath, but many had lost their homes in rural areas and any prospect of rebuilding their lives.

With the wider Red Cross Movement, we went into emergency response mode, delivering shelter, hygiene and household supplies. The armed attacks did not stop, making access to rural areas harder.

Due to the insecurity, we focused our humanitarian efforts on urban areas. In the town of Macomia, together with other humanitarian agencies, we rebuilt the maternity hospital – the only such facility in the whole district. 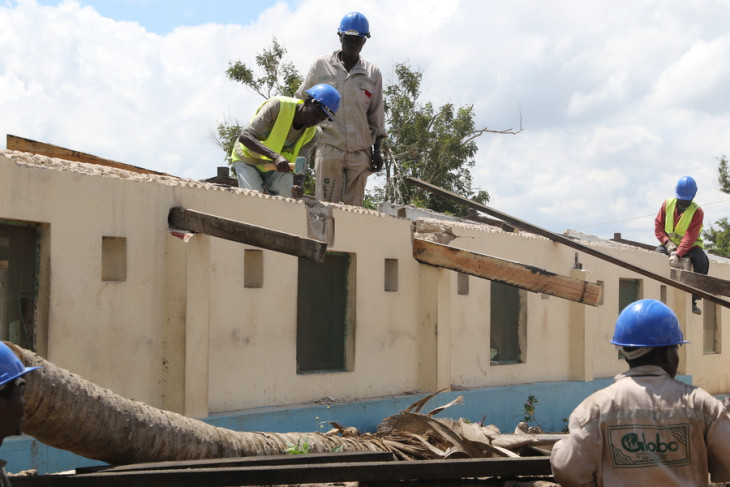 The hospital, in Macomia, in the process of being rebuilt after Cyclone Kenneth

In late May this year, Macomia came under attack. Communication lines dropped out.

Rumours were flying around that the hospital had been destroyed. The photos started coming in the next day.

My heart sunk when I saw its charred remains. The maternity ward was something we had been so proud to work on.

It was something very meaningful in a province where 91 per cent of health facilities are not functioning because of the conflict. 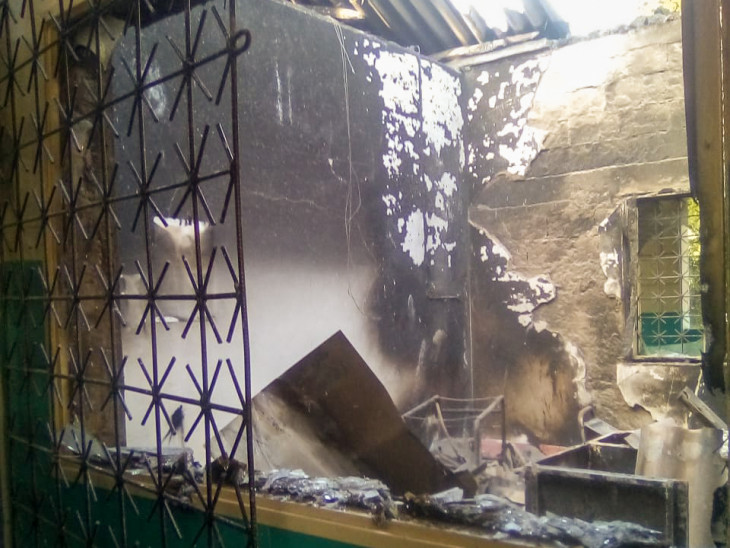 Macomia is a small town. It had served as a place of refuge for people uprooted by the conflict.

When the town was attacked, its inhabitants fled into the bush.

A volunteer from the Mozambique Red Cross told me how he escaped with his wife and four young children, but had to leave his elderly mother behind.

They hid for three days while listening to the gunfire and explosions. Somehow his mother survived.

In the subsequent days, rickety boats crammed full of people, young and old, started to arrive in Pemba. You can expect more to arrive in the coming weeks, following the recent attacks in Mocímboa da Praia and other parts of the province.

Pemba Bay is beautiful. Google the images. In another time, the white sandy beaches would be an idyllic place for tourists to lounge in the sun.

For me, it's difficult to picture them without remembering the sight of desperate, weary people scrambling out of the sea with nothing but the clothes on their backs.

Hundreds of thousands of people have been displaced by the violence. The vast majority are housed in host communities. As an example, a colleague's parents in Pemba gave refuge to 33 people.

There is little regard for civilian life or property in this conflict. Homes have been burned to the ground. Schools and health-care facilities have been looted and destroyed. Farmland has been abandoned. 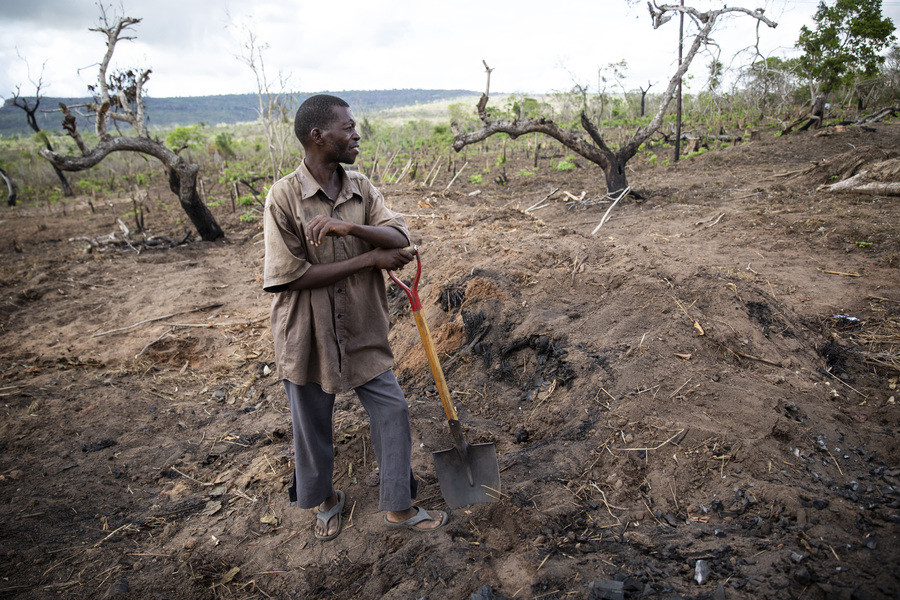 Mussa Alfane started making charcoal to earn a living after the violence surrounding Macomia town made it impossible for him to travel to his fields to farm. Crystal WELLS/ICRC

Hundreds of people have been killed, wounded, or have gone missing. Some, including children, have been abducted.

The mental health impact is profound. When you speak to people the trauma is palpable. They are afraid. They have witnessed unspeakable horrors.

Numerous people told me that they are too afraid to sleep indoors as they've seen too many homes burned to the ground. Instead, they'd rather take their chances under the stars with snakes and mosquitos for company.

Mozambique may only have 20 deaths linked to coronavirus (Africa CDC), but that does not mean you can take it lightly. The COVID-19 pandemic makes all our operations much harder and slower. Aid distributions take longer and you cannot reach as many people due to physical distancing.

The basic prevention measures to stop the spread – soap, physical distancing, clean water – are unattainable luxuries for those uprooted by conflict.

The ICRC has helped in the construction of a new COVID-19 treatment centre in Pemba, which will be able to accommodate 200 patients.

My mission in Mozambique finished before the centre was complete, so I didn't get to see it in action. I hope it serves the community for many years to come.

Now back home, I find it hard to speak about the humanitarian picture in Mozambique without sounding like I'm resorting to hyperbole.

Brutal conflict, natural disasters and a pandemic. This is the reality in northern Mozambique. You cannot exaggerate the gravity of the situation. The world must not ignore it. 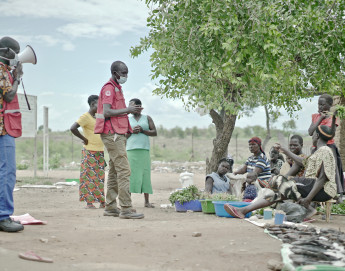 COVID-19: Fight far from over as virus accelerates in Africa 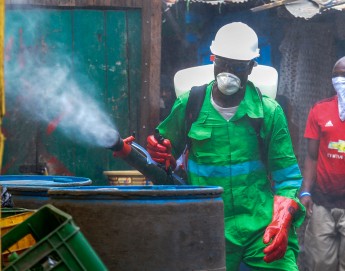 COVID-19: ICRC response to the coronavirus in Africa 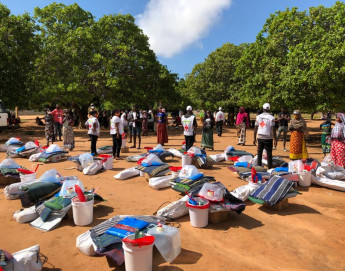 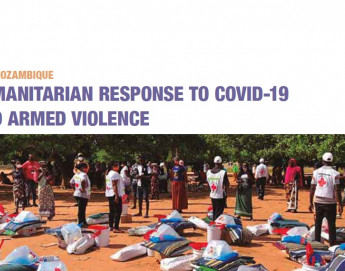 Humanitarian response to COVID-19 in Mozambique