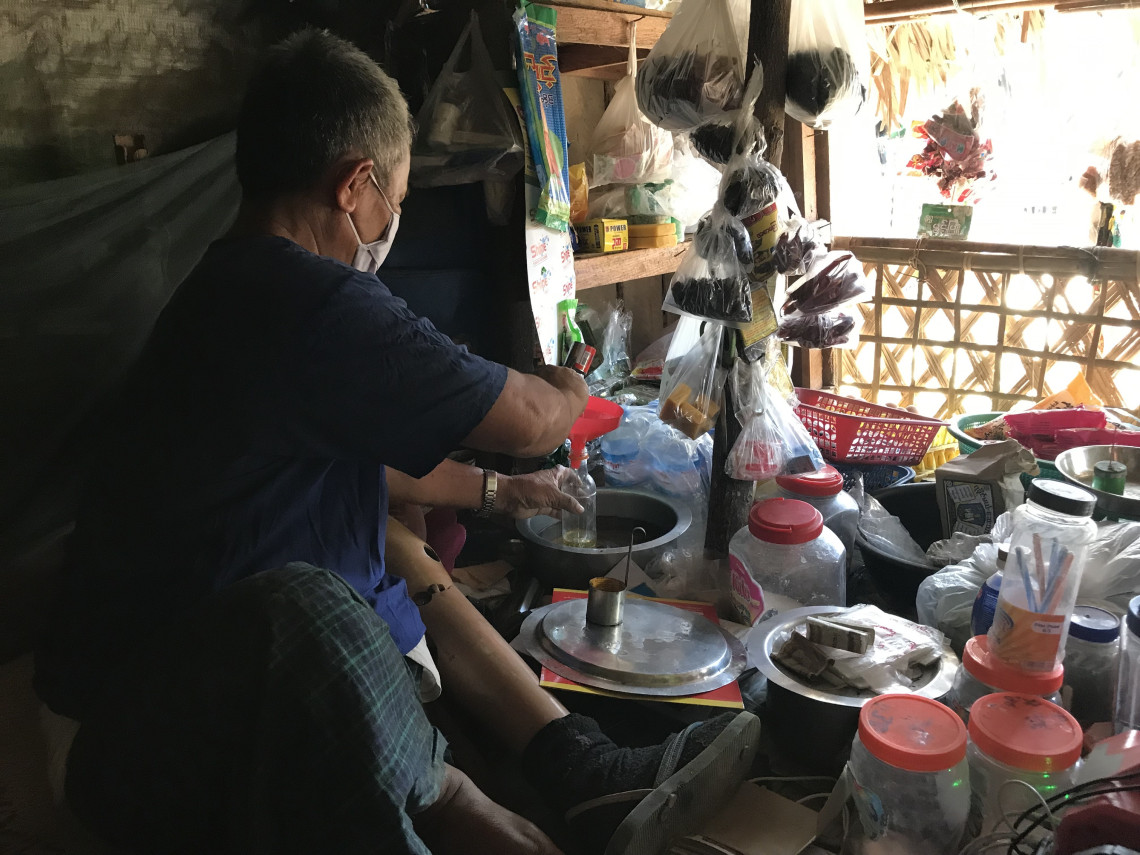 Myanmar: Ensuring sustainable livelihoods for all

It has been a decade since intercommunal violence began causing waves of displacement in Rakhine State, Myanmar – disrupting lives and livelihoods for thousands of people. COVID-19 and the military intervention has further increased the need for humanitarian support.
Article 15 June 2022 Myanmar

Some people, like 54-year-old Kyaw Aye Thein, have been working with the International Committee of the Red Cross (ICRC) as part of a new programme that helps displaced families support themselves despite the overlapping humanitarian challenges they face.

Kyaw Aye Thein, who used to work as a labourer, was forced to leave his home, along with thousands of others, because of ongoing clashes, seeking shelter in a camp for displaced people in Rathedaung.

Years earlier, Kyaw Aye Thein had lost his leg after stepping on a landmine. Finding work after life has been disrupted by conflict can be hard. Living with a disability can make that search even more complex.

But working alongside the ICRC as part of programme that provides cash grants and vocational training to people living with disabilities in areas affected by conflict has helped give Kyaw Aye Thein the renewed start he needs.

With support from our physical rehabilitation team, Kyaw Aye Thein received his first prosthesis in April 2021. Since then, together with the Myanmar Red Cross Society (MRCS), we have organized a series of training sessions and provided grants that have helped Kyaw Aye Thein to start a small grocery store, ensuring a sustainable income. 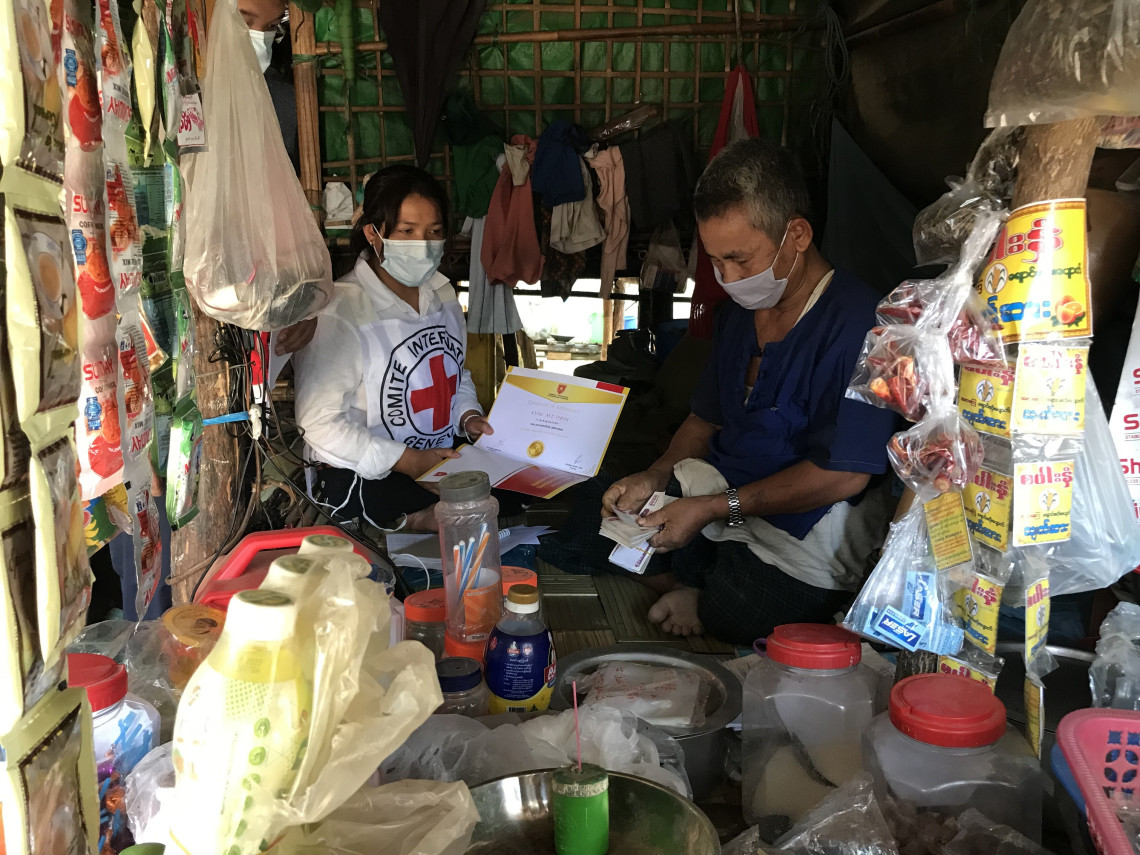 Working alongside the ICRC as part of programme that provides cash grants and vocational training to people living with disabilities in areas affected by conflict has helped give Kyaw Aye Thein the renewed start he needs. © ICRC

Kyaw Aye Thein was one of the 13 people using the services of the physical rehabilitation centre in Sittwe who participated in this pilot programme, which included a two-day business skills training workshop. Opening a grocery store was his idea.

"Our teams helped Kyaw Aye Thein hone the plan and provided opportunities for him to learn the basics of financial management, accounting and marketing," says Zin Min Htike, who works with the ICRC in Yangon.

"These were new skills for Kyaw Aye Thein and helped him to turn his business idea into a reality." 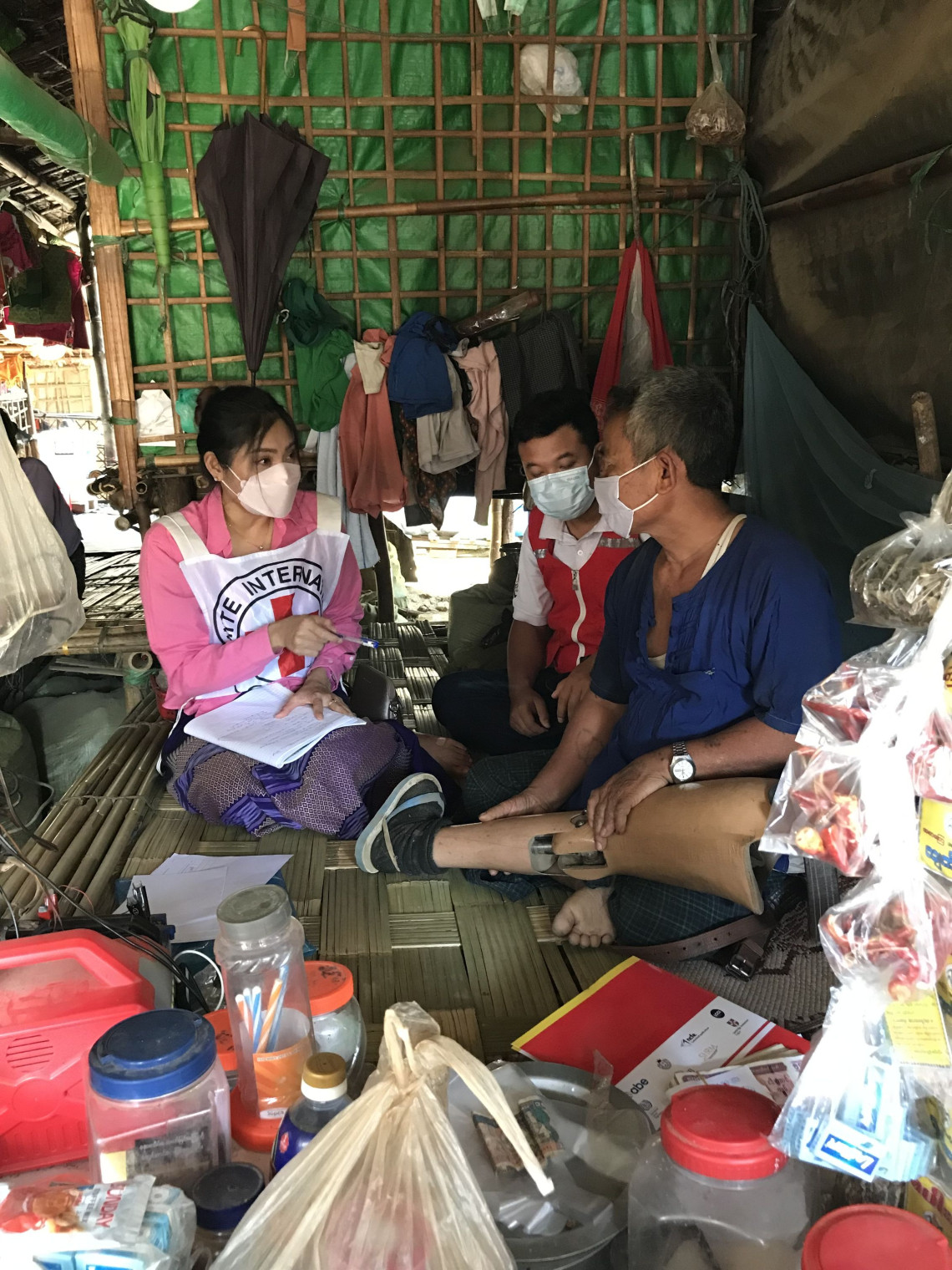 Kyaw Aye Thein's grocery store began as a wooden extension to his house in the displacement camp. Now, he's able to source grocery items from a wholesaler to serve the entire community.

Going forward, Kyaw Aye Thein plans to save up to eventually expand his business and also cover emergency needs in case clashes break out again. He is one of many people living with a disability in Myanmar who we work with, supporting them to participate fully in society and earn sustainable livelihoods.

← BACK TO THE ICRC WEBPAGE ON MYANMAR 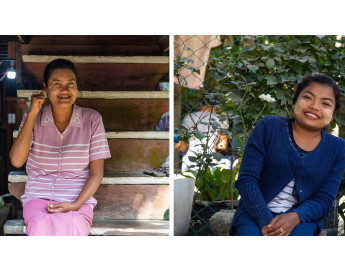 Myanmar: Paving their own path 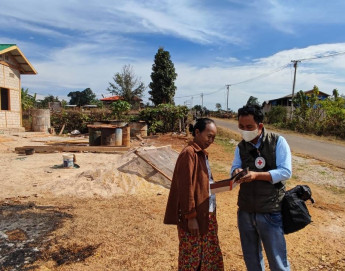 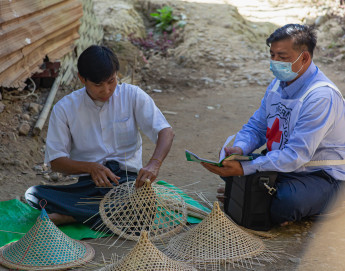 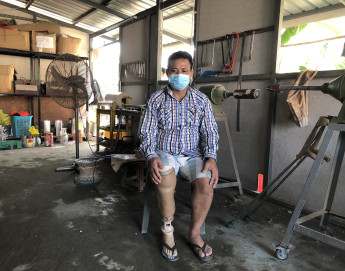 Myanmar: Living with the rising risk of landmines and other explosive devices