Nigeria: 22,000 people registered as missing after a decade of war, ICRC’s highest caseload in the world 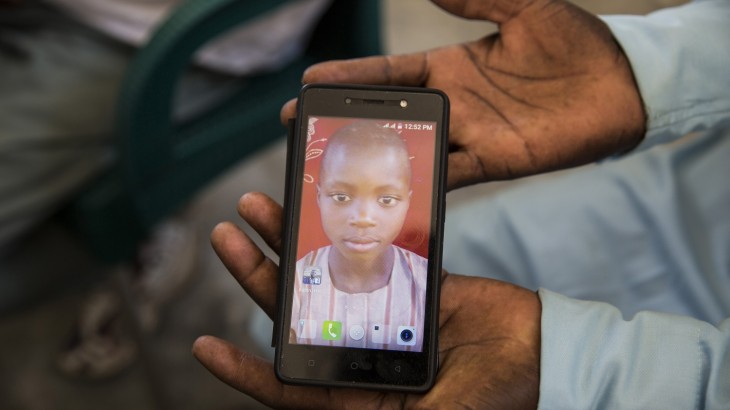 Abuja (ICRC) - Nearly 22,000 Nigerians have been reported as missing to the International Committee of the Red Cross (ICRC) during a decade of conflict in northeast Nigeria, the highest number of missing persons registered with the ICRC in any country.

Nearly 60 per cent were minors at the time they went missing, meaning thousands of parents don't know where their children are and if they are alive or dead.

"Every parent's worst nightmare is not knowing where their child is. This is the tragic reality for thousands of Nigerian parents, leaving them with the anguish of a constant search. People have the right to know the fate of their loved ones, and more needs to be done to prevent families from being separated in the first place," said Peter Maurer, the ICRC president, today at the end of his five-day visit to the country.

During his time in Nigeria, Maurer met with Nigerian President Buhari and high-level government, civil society and business leaders and spoke with families who have been affected by conflict in Maiduguri and Monguno, many of whom have missing relatives.

Families in north-east Nigeria are often separated while fleeing attacks. Others have had loved ones abducted or detained and do not know their whereabouts. The ICRC works with the Nigeria Red Cross and other Red Cross and Red Crescent societies in the region to trace missing people by showing photographs, calling out names, and going door-to-door in camps and communities.

So far, 367 cases have been solved since ICRC received its first cases in 2013, underscoring the immense challenges that come with finding missing people and reconnecting them with their families in Nigeria. Large swathes of the northeast of the country remain completely inaccessible to humanitarian organisations. People have also been displaced by fighting many times, making them harder to find.

"What troubles me is that I haven't heard whether he is dead or alive. I just don't know. Whenever I cook food for his siblings, I think about him," Falmata Amodu, the mother of a boy who went missing in 2013 at age ten while fleeing an attack, told us. "For the three years that we stayed in Maiduguri, my husband was very distressed and would repeatedly have nightmares. He would call the name of our abducted son, 'Alkali, Alkali, Alkali' all the time."

Two million people are estimated to be displaced from their homes in northeast Nigeria. In Monguno, internally displaced Nigerians outnumber residents nearly two to one. Health care is also a major concern, as health workers and medical facilities continue to come under fire. Nearly a year ago, two ICRC health workers, Hawa Mohammed Liman and Saifura Hussaini Ahmed Khorsa, were deliberately killed after they were abducted from a clinic in Rann in Borno State. These attacks on health care are not only a violation of international humanitarian law, but also an assault on people's basic right to receive health care.

"Families are the greatest casualty of 10 years of war in northeast Nigeria. They have been torn apart. Children have been killed and maimed in bomb blasts. Their health facilities have been ruthlessly attacked and their homes and belongings destroyed. Families belong together and above all, civilians must be spared in war" Maurer said.

The ICRC considers someone as missing when a person reports to us that they are looking for a member of their family. This case remains open until either the Red Cross and Red Crescent network concludes what happened to the person, or the family reports back that they found their loved one.