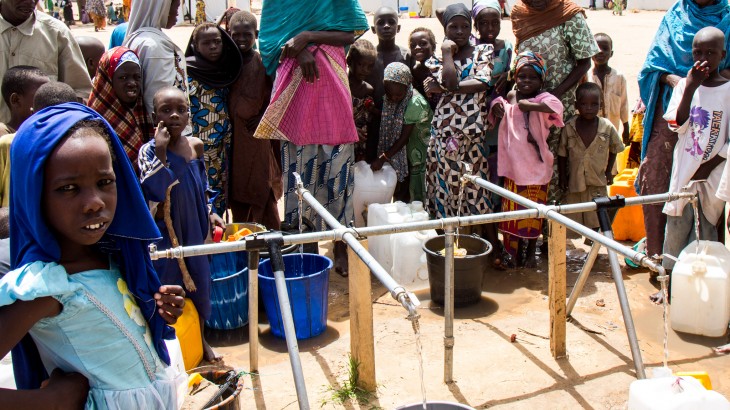 Nigeria's armed conflict has displaced 2 million people and left 7 million in need of humanitarian aid in the four north-eastern states (Adamawa, Borno, Gombe and Yobe). Violent communal clashes in the Middle Belt and urban violence in the Niger Delta states have made matters worse.

In 2015, the ICRC significantly scaled up its efforts to deliver such vital aid as food, water, shelter and firewood, provide medical care and restore contact between family members separated by the conflict.

57,000
people received cash and vouchers with which to buy food and other items

1,000
victims of mass casualty incidents received treatment at hospitals that the ICRC was providing with medical supplies

In cooperation with the Nigerian Red Cross Society, the ICRC distributed food to 538,000 IDPs, mainly in Adamawa, Borno, Gombe and Yobe states, but also in Plateau and Edo states.

The ICRC's assistance enabled people to survive the most difficult phase of the displacement process. 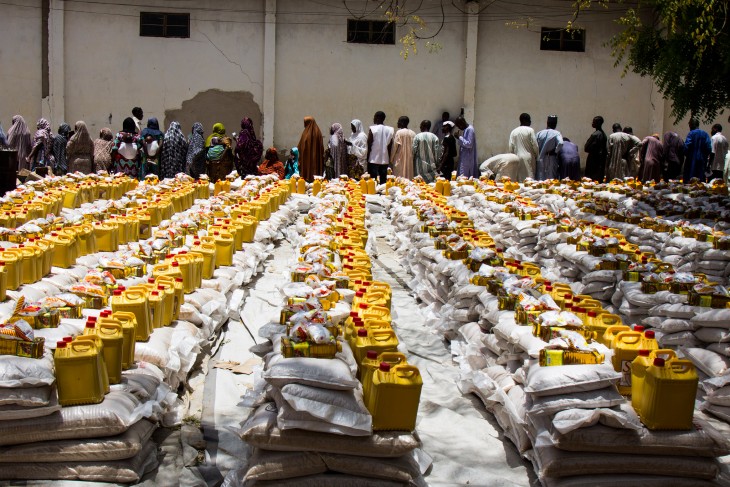 21,000
people returning to their homes in Adamawa state received food, seed and fertilizer

31,000
people in Plateau and Kaduna states received fertilizer and/or vouchers for seed and fertilizer

The people who received this aid reported above-average harvests as a result.

1,400
widows in Maiduguri with young children received food vouchers that allowed them to buy enough food for six months. 50 of them also benefited from ICRC micro-economic initiatives to help them provide for their families.

We will be extending this programme to Damaturu, Gombe, Port Harcourt and Yola in 2016. 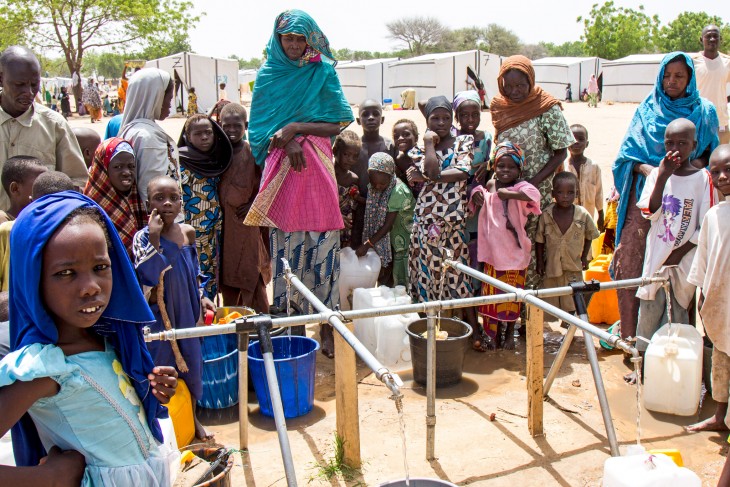 The ICRC is providing clean water and building emergency shelters and latrines for IDPs in a camp in Maiduguri. CC BY-NC-ND / ICRC / Jesús Serrano Redondo

In host communities and camps affected by the armed violence, the ICRC is renovating or upgrading water points and sanitation facilities, building emergency shelters and providing tents. 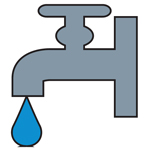 176,000 people from Adamawa, Bauchi, Borno, Edo, Kaduna, Plateau, Rivers and Yobe states benefited from ICRC water, sanitation and hygiene activities. The Nigerian Red Cross and the ICRC carried out hygiene promotion and cleaning work for 50,000 of them.

2,500 people who had returned to Mubi (Adamawa) or had settled in Warsa Piti (Kaduna) built or rebuilt houses with ICRC support

39,000 residents of the Jos and Maiduguri areas were protected against cholera through the work of hygiene promotion teams and the chlorination of water points 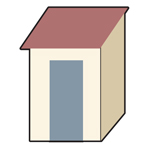 296 latrines for IDPs were built or renovated in Adamawa, Borno, Edo, Kaduna, Kano and Yobe states 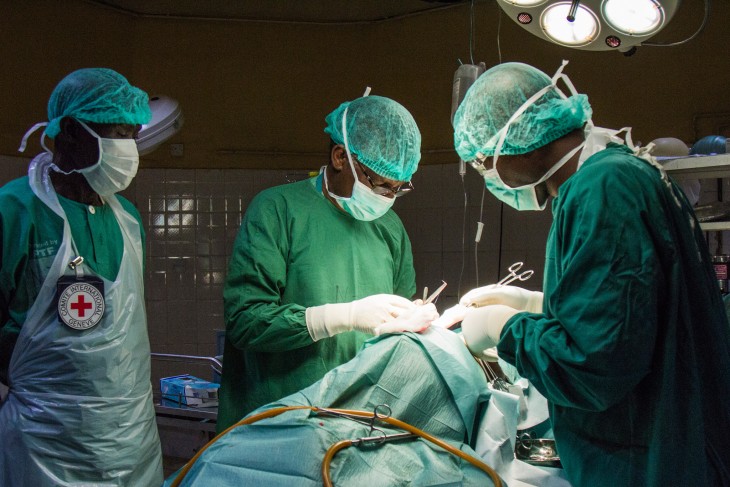 The ICRC supported 12 PHCs, mainly in Borno and Adamawa states. We renovated buildings, delivered medical supplies and equipment and trained staff. Between them, these 12 PHCs served 360,000 people – IDPs and residents. 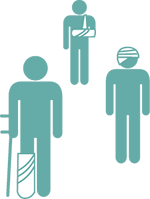 1,000 victims of mass casualty incidents received treatment at hospitals that the ICRC was providing with medical supplies. 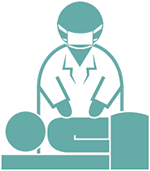 590 people received treatment from the ICRC surgical team in Maiduguri State Specialist Hospital. Most had been injured by explosions or bullets. 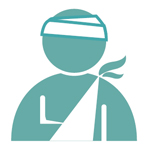 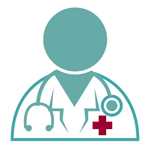 Hundreds of thousands of people have left home, often losing contact with their families. The ICRC and the NRCS are working together to help family members contact each other, reuniting them all over the Lake Chad region. 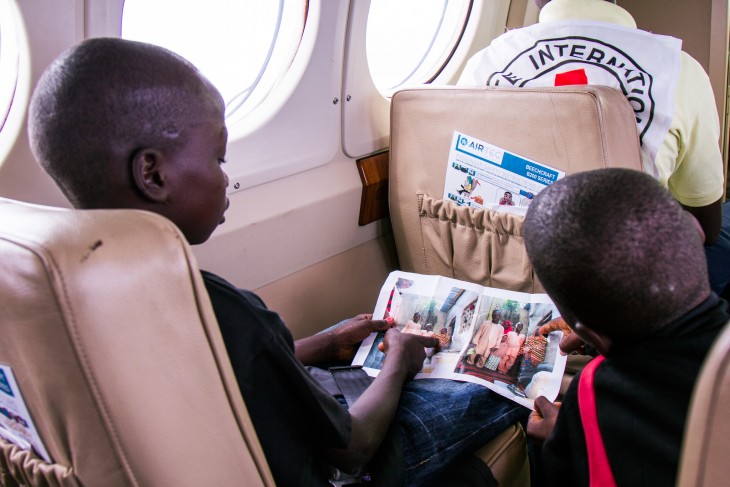 The ICRC restores family links by locating people and putting them back in touch with their missing relatives. Two brothers, a boy and a young girl were reunited with their relatives in December 2015 after months of separation due to the armed conflict in north-east Nigeria. CC BY-NC-ND / ICRC / Jesús Serrano Redondo 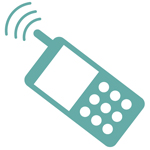 The Red Cross provided 2,760 free phone calls for people who had become separated from their families.

The ICRC and the NRCS received 1,660 requests to trace missing relatives.

Over 3,000 army personnel, including those deployed in the north-east, in the Middle Belt and in the Niger Delta states, increased their knowledge of IHL and international human rights law.

Thousands of people, including civilian authorities, community / religious leaders and people benefiting from ICRC services participated in sessions on the ICRC's operations and ways of working.

The ICRC worked with 30 academics and over 600 students from 22 Nigerian universities to enhance the teaching of IHL in Nigeria. The ICRC also worked with academics to carry out a survey in Adamawa, Borno and Yobe states on applying the African Union Convention on Assistance for and Protection of IDPs (the Kampala Convention).

The ICRC continued to strengthen its relationship with the Economic Community of West African States. This included helping the ECOWAS Standby Force integrate IHL into its operational documents.

The ICRC visited 13,000 detainees in military and police detention facilities and in prisons. Wherever needed, they benefited from improved access to clean water, sanitation or hygiene following ICRC repair work and assistance.

The ICRC donated vehicles, materials and equipment, built and renovated branch buildings and trained volunteers in such skills as first aid and dead-body management, while ensuring they could conduct their duties more safely when responding to emergencies.

The ICRC in Nigeria

We operate in the north-east, the Middle Belt and Niger Delta states, with offices in Abuja, Damaturu, Gombe, Jos, Maiduguri, Mubi, Kano, Port Harcourt and Yola. This network of offices enables us to maintain close proximity to people affected by armed violence, to understand their needs and to respond appropriately. 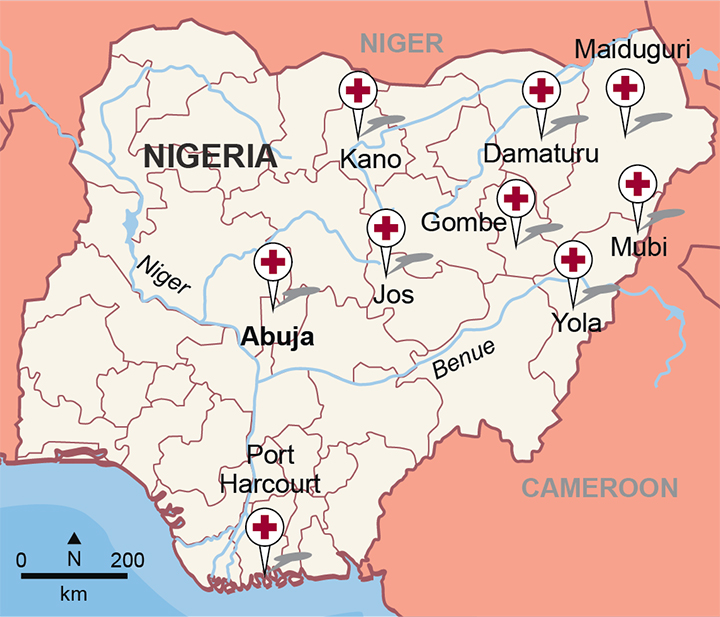