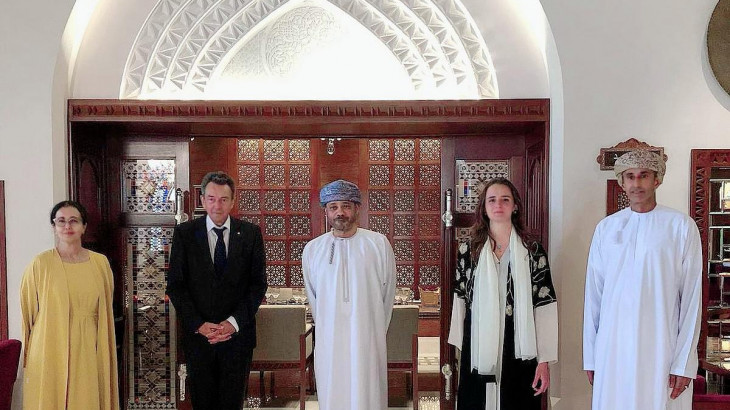 Muscat/Kuwait: 06 July 2021 – The President of the International Committee of the Red Cross (ICRC) Peter Maurer conducted a series of meetings with high-level officials in Oman on 06 July 2021. His visit in Oman follows on a six-day visit he made to Aden and Sana’a in Yemen.

“We appreciate the ongoing collaboration with the Omani authorities. Together, we look forward to working on areas of mutual interest to engage on humanitarian affairs, both in Oman and the wider region of the Middle East, as well as the Horn of Africa,” explains President Maurer.

Over the past six years, with the support of the Omani authorities and the Oman Charitable Organization, the ICRC has been able to establish a critical logistical pipeline that has served millions of civilians affected by the ongoing conflict in Yemen, to receive the assistance they desperately need.

Yet the collaboration has gone beyond the logistical, to also include seminars on war surgery, and management of Chemical, Biological Radiological, and Nuclear hazards. Most recently in April, the ICRC facilitated a workshop on humanitarian negotiation – the first of its kind for humanitarian actors in the Gulf Cooperation Council Countries.

“As a neutral, and impartial humanitarian organization, the ICRC looks forward to expanding its cooperation and establishing a partnership framework with the Sultanate of Oman on joint initiatives, which will only serve the interests of people whose lives are deeply affected by conflict and violence in the region,” says President Maurer.

The ICRC exclusively humanitarian mission is to protect the lives and dignity of victims of armed conflict and other situations of violence and to provide them with assistance. The ICRC also endeavors to prevent suffering by promoting and strengthening international humanitarian law (IHL) and universal humanitarian principles. The ICRC has had a permanent presence in Oman since 2015.