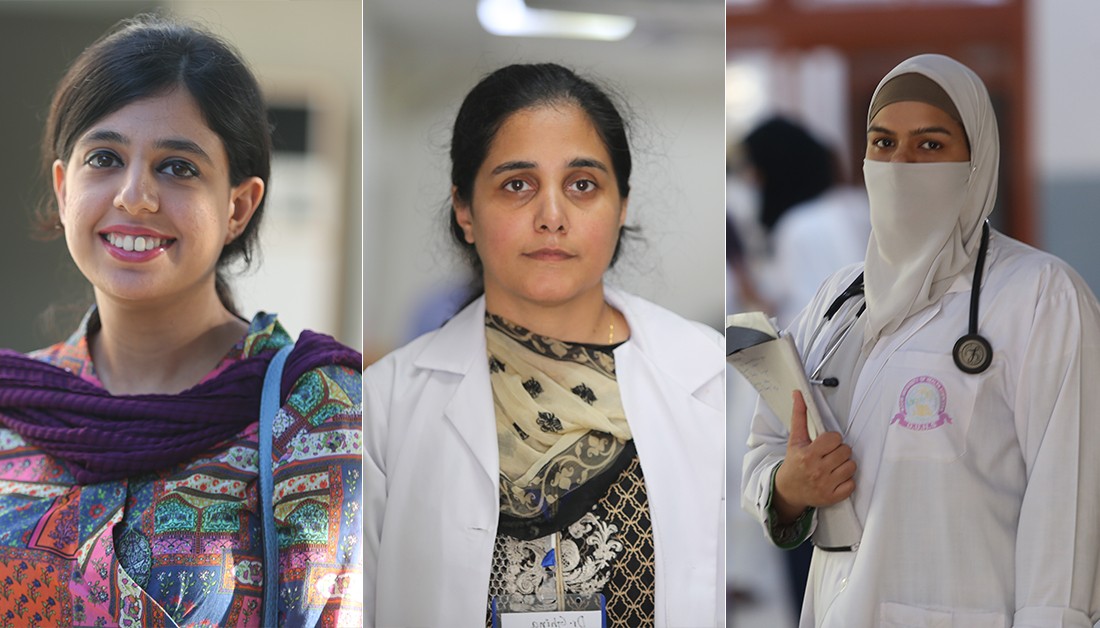 To be a doctor, one has multiple challenges to overcome. To be a woman doctor in Pakistan, what else would it take? Talking about their work, and the paths that led to operating in the ER, prescribing medicines and saving lives, six Pakistan-based practitioners open up about their success, hardship and what they'd like to see in the near future.

Understanding how they got to where they are is perhaps a good place to start to see why they have spent so much time in entering the medical field at their respective professional levels.

Dr Nimra from Indus Hospital credits her older sister for this career path as she had gotten into a medical school a few years ahead. Dr Nimra was inspired to follow the path paved by her sister, and for that reason, she managed to enroll in her dream college. 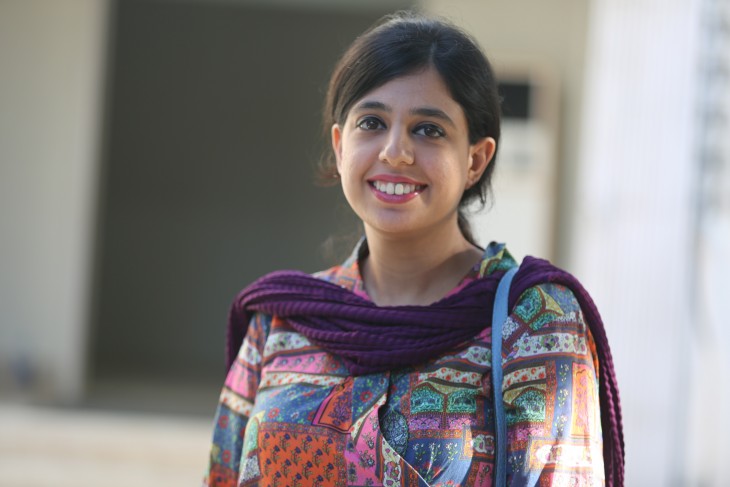 Karachi-based general surgeon, Dr Shahzadi had a different form of motivation, but for a very good and sound reason. Her parents believed that respectable jobs suited for women were either teaching or in the medicine field. She took their advice, but slightly deviated from their original expectation; she chose to be a surgeon. Despite disagreeing on Dr Shahzadi's choice, a profession that was mostly male-dominated, her parents eventually respected their daughter's decision.

Mehwish, a pharmacist in Islamabad, was the brightest among her siblings. That privilege granted her the freedom to explore her career options. Initially, she wanted to become a teacher but due to her love for biology classes, it boiled down to either pursuing physiotherapy or the medicine-surgery field. As soon as she was ready to opt for the latter, with her father's full support, fate took a different turn as Mehwish ended up completing her studies in pharmacology.

It may come as no surprise that all doctors in the world undergo thorough examinations, studies and rigorous procedures which require a significant amount of their life and time. This could not be truer for Dr Samana who, despite 'burning midnight oil lamps' for many nights to prepare for exams, failed tests but eventually succeeded in becoming a doctor.

Even with the success, she felt that campus and social life with friends were sorely missed, but was luckily compensated with her father's support, and landed the job she has always wanted. 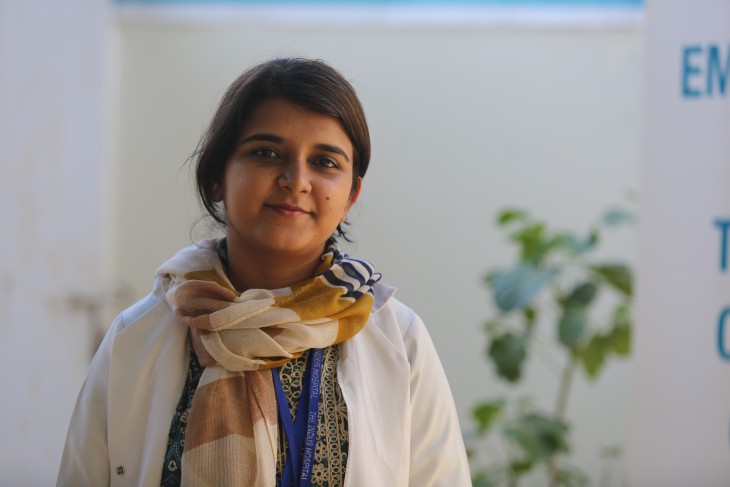 Dr Sidra and Dr Shahzadi appeared to encounter a different set of challenges, claiming that women doctors do not have the respect they deserve. In their case, while there were experiences that warmed their hearts with joy, both had also had first-hand experience of on-the-job discourtesy displayed by their respective patients' attendants. Due to the complex nature of each patient's conditions, it can be heart-wrenching to see their families endure the suffering – but lashing aggression towards practitioners whose jobs are to save lives is never acceptable. Incidents like these have left Dr Shahzadi and Dr Sidra with scarred memories. 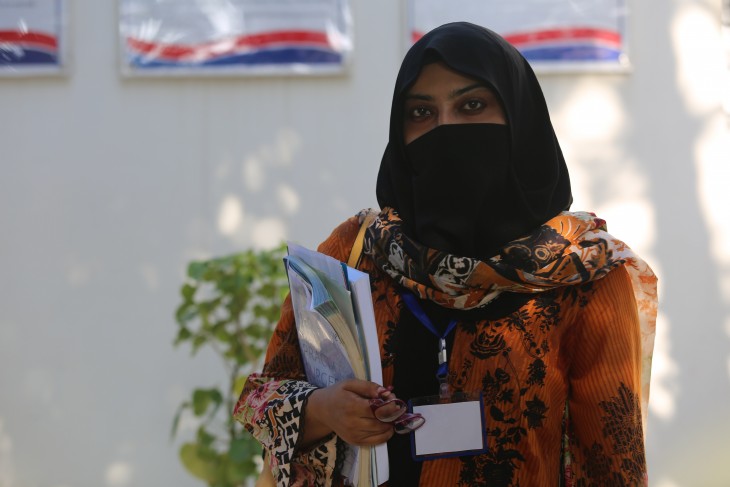 To be fair, Dr Shahzadi was warned by her parents that intense experience of this nature could transpire one day, but such circumstances did not come in the way of deterring why she wanted to save lives in the first place. 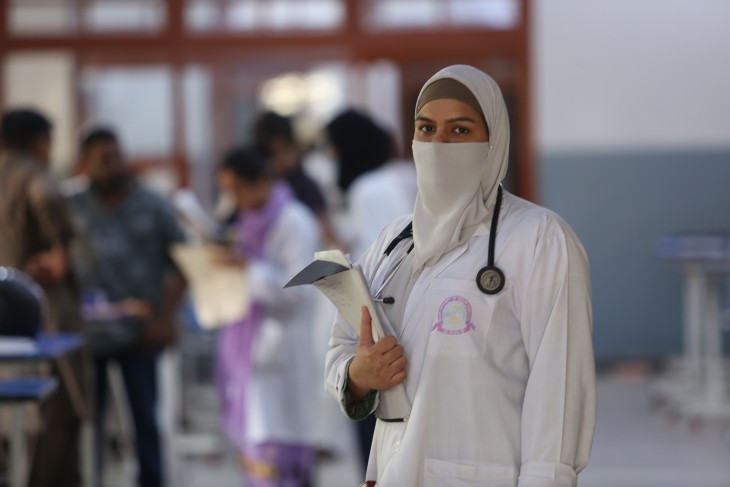 Meanwhile, Dr Ghina managed to overcome a classic form of a professional obstacle: gender bias in the workplace. She was driven to challenge the status quo by proving that she could handle extensive working hours, standing by to be on call while managing the role of a wife, a daughter and a mother simultaneously. She believed that balancing professional and personal life was key to succeeding at this position and that this 'journey of becoming a surgeon has been very rewarding'.

Dividing her role as a pharmacist and as a trainer of the ICRC Emergency Room Trauma Course in Pakistan, Mehwish wishes to make a real difference in the medical field and let the world acknowledge that women pharmacists deserve more respect.

Speaking of respect, Mehwish was sparked with joy at one time when a house staff thanked her for alleviating her pain with a drug prescription that helped her significantly. "She called me the best doctor in the world," said Mehwish. 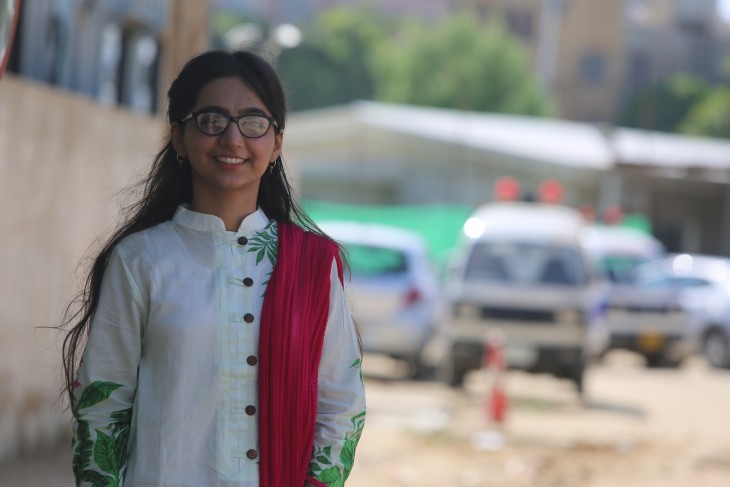 Apart from the positive mantra towards approaching the medical field, Dr Ghina hopes to share her knowledge through training programmes she has conducted with the ICRC in Karachi. She added that a quality that anyone who is hoping to work in the health care industry should have is empathy. "The only way you can be a good health care professional is to first become a good human being. You need the ability to empathize with your patients," revealed Dr Ghina.

Dr Nimra is another expert who is also on board with the idea of showing empathy towards those around her. "I can empathize with people and that greatly helps in my job," she said. Dr Nimra hopes that she can become a proficient consultant in the next five years after acquiring extensive knowledge from training sessions and participating in workshops conducted by the ICRC.

The only way you can be a good health care professional is to first become a good human being. You need the ability to empathize with your patients — Dr Ghina Shamim

A fellow participant in the ICRC's Emergency Room Trauma Course, Dr Shahzadi hopes that her story of resilience can inspire parents to support their children, especially girls who hope to excel in the medical field. 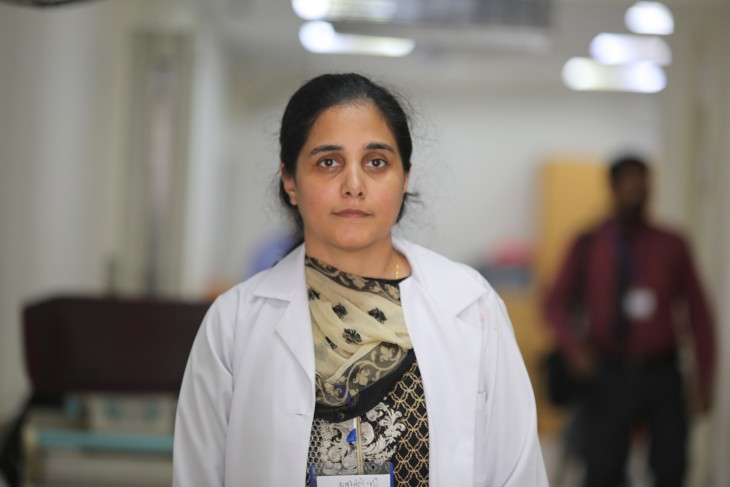 She wanted to reassure that 'challenges are nothing but a part of life and that they shouldn't hinder any woman's progress', adding, "I want to say this to parents – it is important to invest in girls' education. Investing in women's education is more like investing in the future. We are the future."

We, the ICRC, say: Half of the society is made of women and the other half is raised by women.

The story has been adapted from interviews featured in Humans of Pakistan.