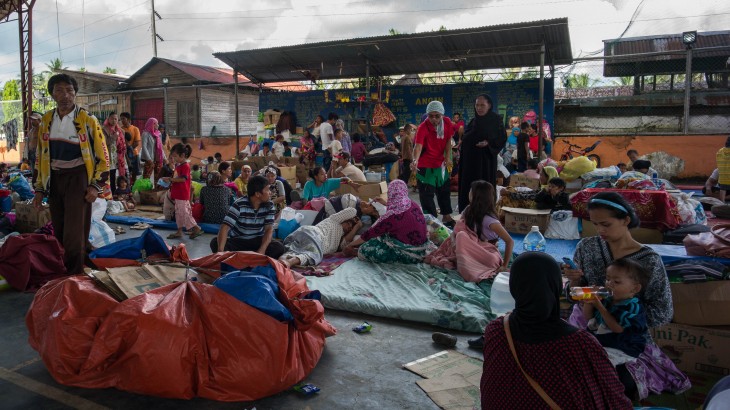 Manila (ICRC) – The ongoing conflict in Marawi City in Lanao del Sur province has displaced thousands of people, with more than 77,000[1] fleeing to hard-to-reach areas along the eastern shore of Lake Lanao. The International Committee of the Red Cross (ICRC), in partnership with the Philippine Red Cross, has just completed from August 9-10 an aid distribution among 7,000 displaced people in Tamparan municipality.

Though aid has started to arrive, much more is required to meet the needs of people who have fled to this area when the fighting erupted on 23 May. Unlike those who fled towards the north or west of Marawi, displaced families along the eastern shore of Lake Lanao have not received regular help owing to access, logistical and security issues. 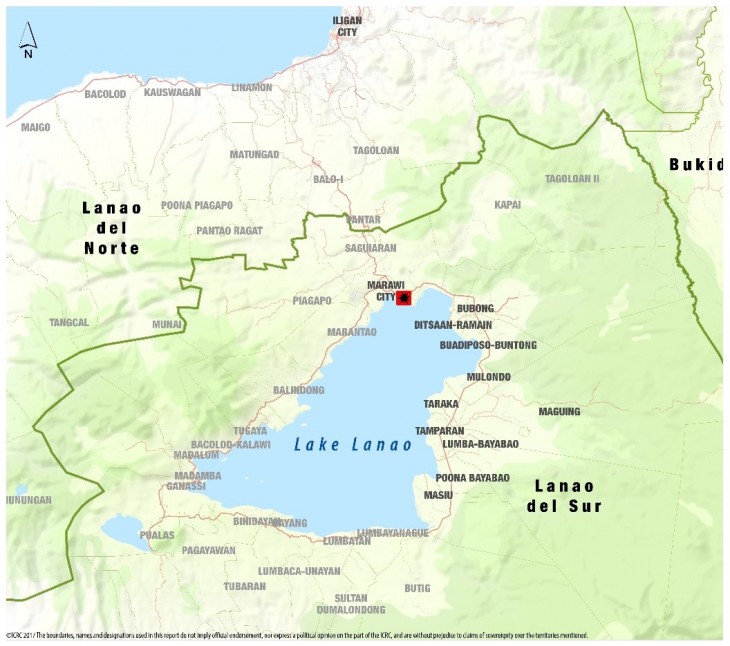 “Displaced families on this side of the lake continue to struggle with very limited food supplies,” said Tomoko Matsuzawa, head of the ICRC office in Cotabato City. “Many of them have been staying with relatives for nearly three months. They have hardly any income, and their host families’ resources are also running low.”

Complementing the aid delivered by the authorities, the ICRC focused its distribution on evacuees staying with their relatives, who have been underserved till now. The organization distributed a half-month food ration and household essentials, i.e. 25 kg of rice, 12 cans of sardines, 1 litre of cooking oil, 1 litre of soy sauce, 1 kg of sugar, 500 g of salt, two jerry cans to store water, one blanket and one mosquito net per family.

Among the thousands who have received ICRC help is Asliya Casanali, a young mother of three from Marawi City who now sells spices in Tamparan market to try to make ends meet. Her husband was a tricycle driver in the city until the fighting broke out. “Minsan kapag walang ulam, kanin na lang. Hindi namin naranasan yun dati (When there is nothing else available, we make do with rice. We had never faced such a situation before),” she said.

In Tamparan, the ICRC has also been providing the public hospital with essential medical supplies to handle the sudden influx of people in need of medical attention. Its engineers have also set up a mobile water-purification system to improve the supply of drinking water in the hospital compound.

In the coming weeks, the ICRC will continue its efforts to help the thousands of displaced people along the eastern shore of Lake Lanao.