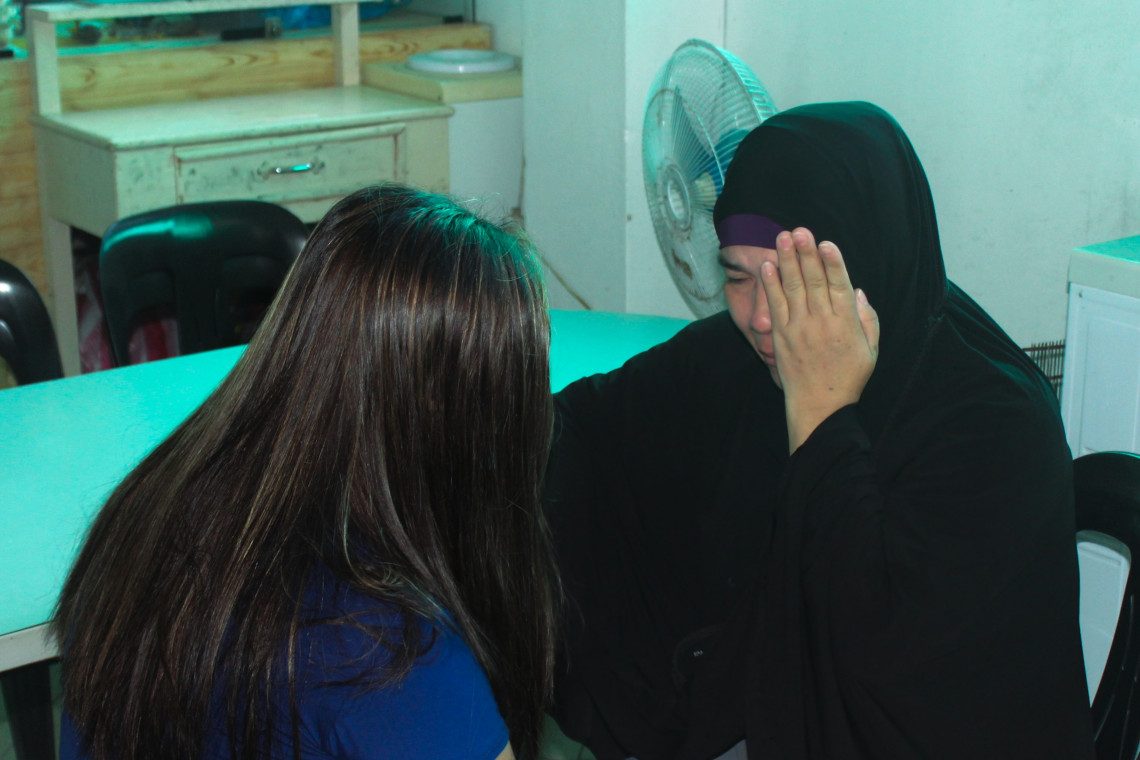 "Nasaan ang anak ko? (Where is my daughter)," asked Anne* looking straight at Jennifer*, who was introduced to her by a staff of the International Committee of the Red Cross (ICRC).

Smiling, 36-year-old Jennifer pointed to herself. They had last seen each other over 30 years ago. Continuing to look at the younger woman with some disbelief, Anne recalled that her daughter had a birthmark somewhere around the nape of her neck. As she spotted it on Jennifer, they were both overcome with emotions and embraced tightly. 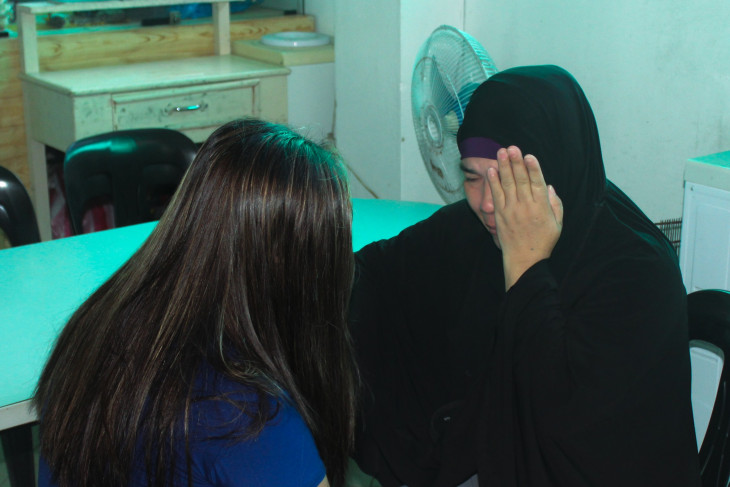 Anne reunites with her daughter Jennifer at the Correctional Institute for Women (CIW) in Mandaluyong City, Philippines. Photo credit: CIW

Jennifer was only six years old when Anne was offered a job as a saleslady in Malaysia. Like many Filipinos in search of a better life, she accepted it. "I did not tell my mother that I wanted to work abroad because she would have refused to let me go. So, I just left without a trace. I was sure I would come back and my family would understand me because I did it for them," said Anne.

But the job in Malaysia turned out to be a scam. Anne was tricked into becoming an entertainer with a measly salary. When she was released from that job, Anne became a domestic help and then toiled as a construction worker.

After her contract ended, Anne returned to the Philippines in 2006. However, she did not go back to her family because she was afraid to see her mother. "I thought she would reproach me for what I had done. I convinced myself to pretend as if I were dead to my family," she said, adding that she chose to settle in another village in Mindanao and started a farm.

Detained in the Philippines

In 2017, Anne was arrested in relation to armed conflict. The ICRC visited her at Taguig City Jail a few months after her arrest as part of its humanitarian mandate and activities in the Philippines. "We have been helping detainees all over the world for more than 150 years, focusing on people deprived of their liberty in relation to armed conflicts and other violence. We look into how detainees are treated during their arrest and detention and monitor their health and living conditions. We also help to restore and maintain communication between detainees and their family members," explained Alvin Loyola, the ICRC staff who accompanied Jennifer to meet Anne.

Anne learned about the ICRC's Family Visit Programme (FVP), under the Restoring Family Links (RFL) initiative, to help detainees separated from their loved ones because of armed conflicts. The RFL initiative involves tracing detainees' family members, re-establishing and maintaining contact, reuniting families and seeking to clarify the fate and whereabouts of those who remain missing. Through the FVP, families of detainees can travel from their hometowns to visit their detained loved ones. "It is very important because it allows detainees to re-establish or maintain contact with their families and improves their psychological well-being," said Mariegen Balo, ICRC staff.

Anne also desired to meet her daughter when she found out her whereabouts through relatives. But the programme was suspended in 2020 because of the COVID-19 global pandemic. When the travel restrictions were eased in 2022 and family visits resumed, the ICRC scheduled Anne's long-awaited reunion with her daughter.

In July, an ICRC team accompanied Jennifer to visit her mother, who is now detained at the Correctional Institute for Women (CIW) in Mandaluyong City. Anne said she did not know how she would approach her daughter, whom she had last seen three decades ago. "I wondered, should I ask for forgiveness first, or do I just hug her?"

But Jennifer, who had managed to beat the odds and graduate from college with her grandmother's help, said her mother did not need to worry at all. Even though they had not been in contact for 30 years, Jennifer said she did not harbour any resentment against her mother. In fact, every year on 30 January – Anne's birthday – Jennifer would put a post on social media in her honour. "The only photo I had of my mother was destroyed in a flood so I used photos of my siblings and me for the posts. I used to pray hard for the day that I would see her again," said Jennifer. 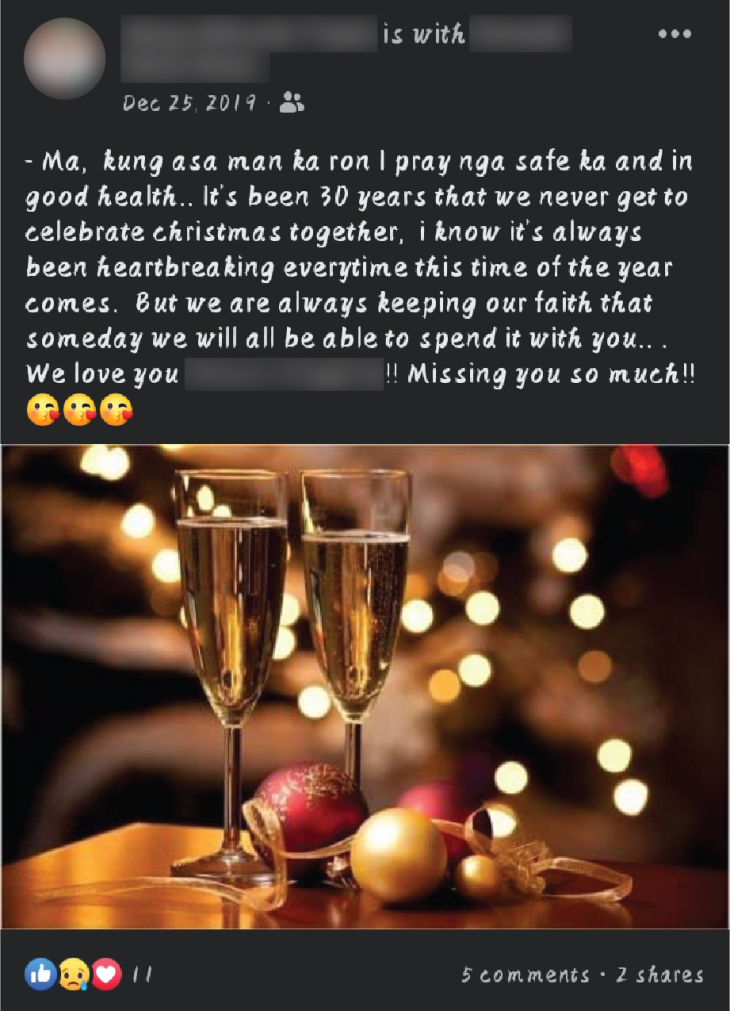 The mother and daughter's reunion happened just a few days after Jennifer's 36th birthday, so the ICRC team asked Anne about her wish for Jennifer. "I wish her more happiness in life and that she may be given more opportunities," said Anne.

As part of the FVP, Anne's family will make two ICRC-supported visits every year to meet her. Now that she has been reunited with Jennifer, Anne said she looks forward to making up for lost time.
*Names have been changed to protect identity.

About the Restoring Family Links programme

Restoring Family Links (RFL) encompasses a range of activities carried out by the Red Cross and Red Crescent Movement. It aims to prevent the separation of families and the disappearance of people as a result of armed conflicts, natural disasters and other emergencies or because of migration. Through the programme, the ICRC works to restore and maintain family links, clarify the fate and whereabouts of those who have been reported missing and support their families. 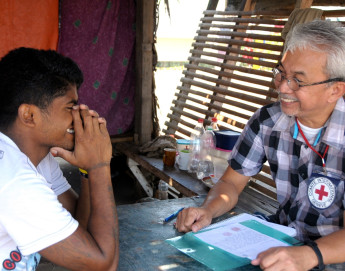