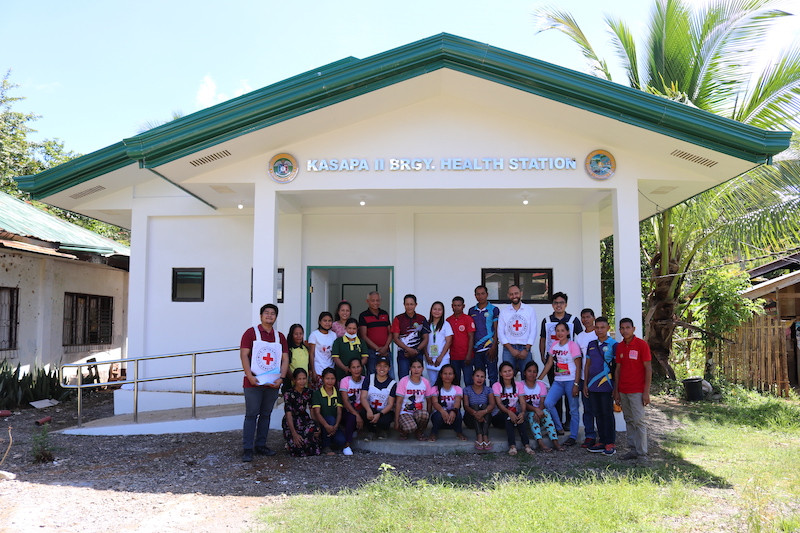 Philippines: A far-flung community finally gets its own health clinic

The day Mariel Havana has long been waiting for is finally here. After years of struggle, her village, Kasapa II in Agusan del Sur, Philippines, now has its own clinic where residents can seek medical care without delay and without the risk of travelling to far-flung destinations.
Article 14 December 2022 Philippines

As a midwife, Havana was particularly concerned about the lack of access to quality health-care services that the villagers – many of whom were displaced by armed conflict – suffered over the years. When someone had to see a doctor they would have to take an hour-long motorcycle ride through mucky roads to the nearest health centre, located 40 kilometres away in La Paz municipality. Trekking to the next town was equally risky because of the unpaved roads that get very slippery in the rains. 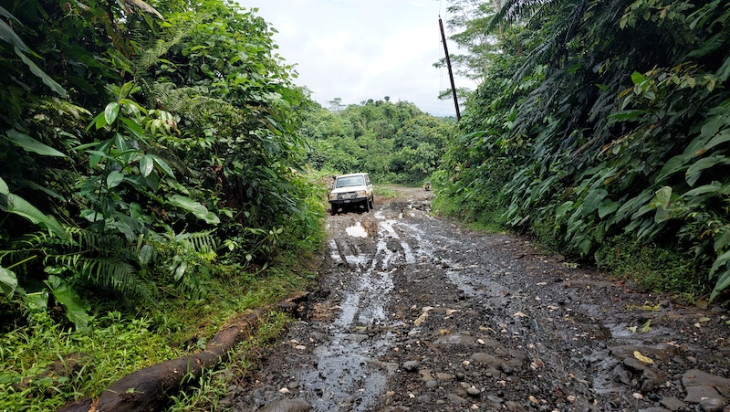 The roads from Kasapa II village to La Paz, a town about 40 kilometres away, are filled with slush and muck even under normal weather conditions. M. LUCERO/ICRC.

Recognizing the need, the International Committee of the Red Cross (ICRC) built a health station in the village, that was officially handed over in October 2022. "When the ICRC came here, I immediately requested for a barangay (village) health station because it was a basic necessity for us," Havana said.

Time is of essence

The absence of a nearby health-care facility has had dire consequences on the community members, shared Dormito Manlangit, the village chief. "One time a pregnant woman¬ who was bleeding profusely was taken to the hospital in La Paz on a motorcycle. Unfortunately, she died before reaching the facility," he said.

Travelling to La Paz can be expensive too, costing as much as 1,500 Philippine pesos ($26) from Kasapa II. "Those who were ill would usually wait and self-medicate using herbal medicines because a trip to the hospital was both difficult and expensive. Often, by the time they would go to the hospital in La Paz, their condition would have worsened," Manlangit added. With the opening of the new clinic, Manlangit can breathe a sigh of relief.

"One time a pregnant woman¬ who was bleeding profusely was taken to the hospital in La Paz on a motorcycle. Unfortunately, she died before reaching the facility.

Villagers of Kasapa II can now receive medical services such as immunization, pre- and postnatal care and consultations at the new three-room facility, where medicines and medical kits will also be stored. The 15 health-care workers in the village will also be able to serve the 1,500 residents more efficiently, encouraging people to make the most of the available resources and seek medical help in time. "Those who are sick will no longer have to worry or wait because the station will always have health workers," Havana said. 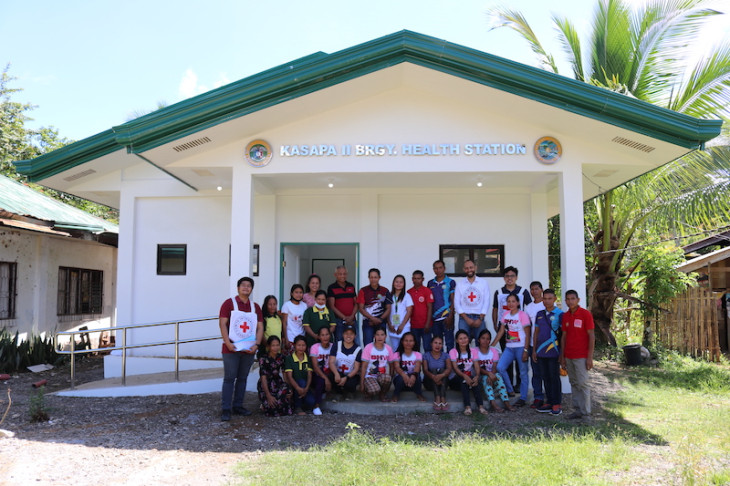 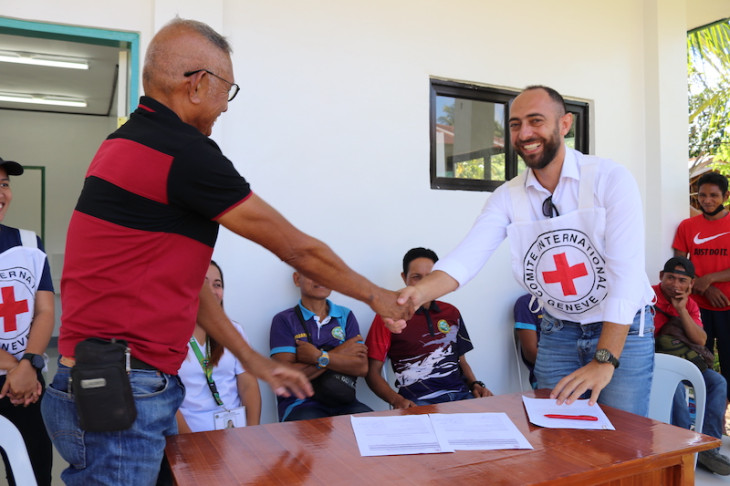 Raya Cogit, a barangay health worker, is as excited as Havana. Before the health station opened, patients used to visit her house for consultations, where her six-year-old son was at risk of exposure to various diseases. Cogit can now meet her patients at the health-care facility instead. "Our patients will also feel more comfortable now when we attend to their medical needs," she said.

Pregnant with her second child, Cogit is at peace knowing that there is a clinic nearby where she can safely deliver her baby in December. "I would definitely prefer giving birth in a health facility. It is risky to deliver my baby at home without proper medical equipment, especially if there are any complications during delivery. I am relieved that the midwife can now assist me in giving birth at the health facility directly," she said. 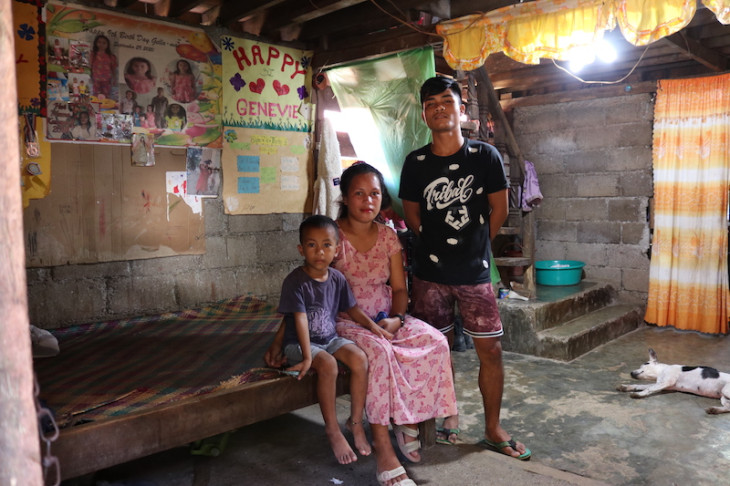 Cogit with her husband and six-year-old son at their home in Kasapa II. M. LUCERO/ICRC

Opening the barangay health station was just one step in improving health-care services in Kasapa II. The Philippine Red Cross, the ICRC's primary humanitarian partner, conducted a first aid and basic life support training programme for Cogit, Havana and other health-care workers in the village. These training sessions help the workers become better equipped to respond to health emergencies. 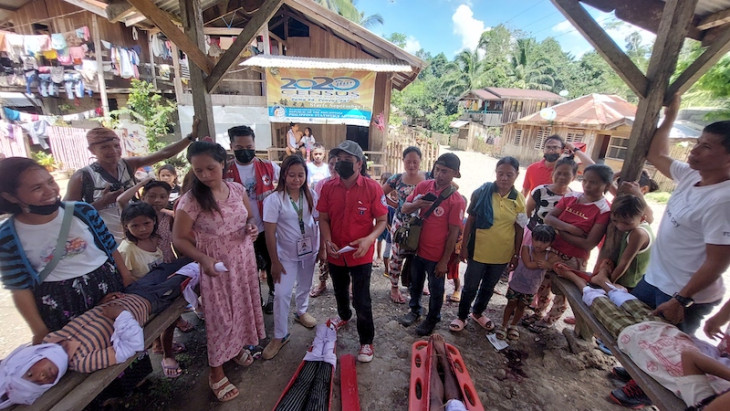 I would definitely prefer giving birth in a health facility. It is risky to deliver my baby at home without proper medical equipment, especially if there are any complications during delivery. I am relieved that the midwife can now assist me in giving birth at the health facility directly. 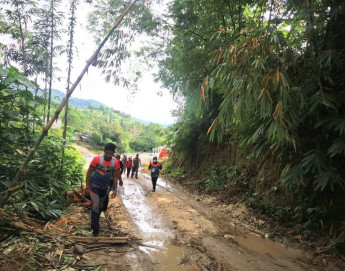