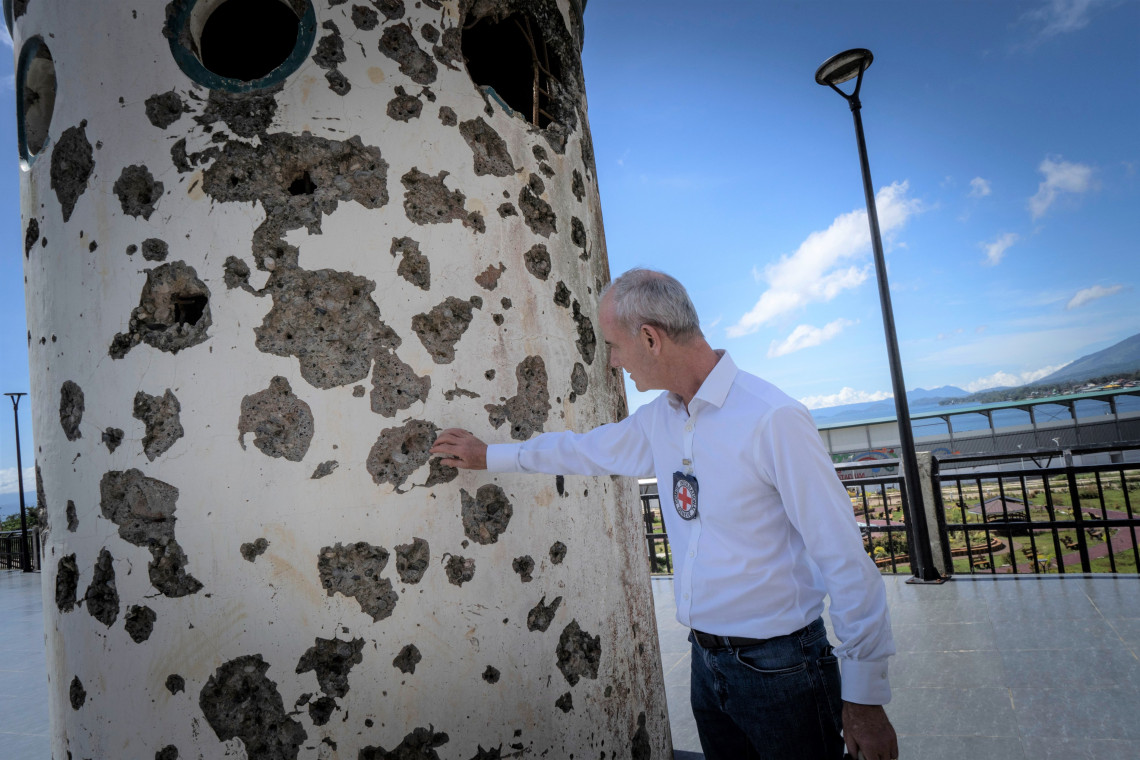 Manila (ICRC) – As the Philippines and other countries around the world endorse a new political declaration calling for greater protection against explosive weapons in populated areas, the leadership of the International Committee of the Red Cross (ICRC) visited the country.
News release 19 November 2022 Philippines

They witnessed the long-lasting impact of urban warfare and engaged authorities in steps to reduce civilian harm. They also addressed relevant international humanitarian law and humanitarian issues in conjunction with geopolitical dynamics in the Asia-Pacific region.

ICRC Vice President Gilles Carbonnier and Regional Director for Asia-Pacific Christine Cipolla paid an official visit to the country from 11 to 19 November 2022 to reaffirm the organization's neutral, impartial, and independent humanitarian action in the country, in strong partnership with the Philippine Red Cross (PRC). They visited Marawi City in Mindanao, where rehabilitation efforts continue after it was heavily damaged by armed conflict in 2017.

"War in cities inflicts deep scars, both visible and invisible. In Marawi, the most affected area has been reduced to rubble, and livelihoods were destroyed. Families continue to search for their loved ones who have gone missing for more than five years," Mr Carbonnier said.

"Complying with IHL in the midst of conflict, particularly in densely populated areas, reduces civilian harm and ensuing grievances. This in turn helps create an enabling environment for peace and reconciliation, as a former commander of a non-state armed group shared with me based on his experience in Mindanao," he added.

Mr Carbonnier and Ms Cipolla were in Marawi just before the November 18 launch of the Political Declaration on Strengthening the Protection of Civilians from the Humanitarian Consequences Arising from the Use of Explosive Weapons in Populated Areas in Dublin, Ireland. The new declaration represents a major milestone in protecting civilians in contemporary armed conflicts and sends a strong signal worldwide that civilians and essential services must be protected.

Mr Carbonnier and Ms Cipolla also had the opportunity to better understand the causes and consequences of massive overcrowding in Philippine detention facilities, seeing first-hand the situation in Quezon City Jail. The ICRC supports the Philippine authorities' efforts to decongest places of detention and improve the treatment and conditions of detention. 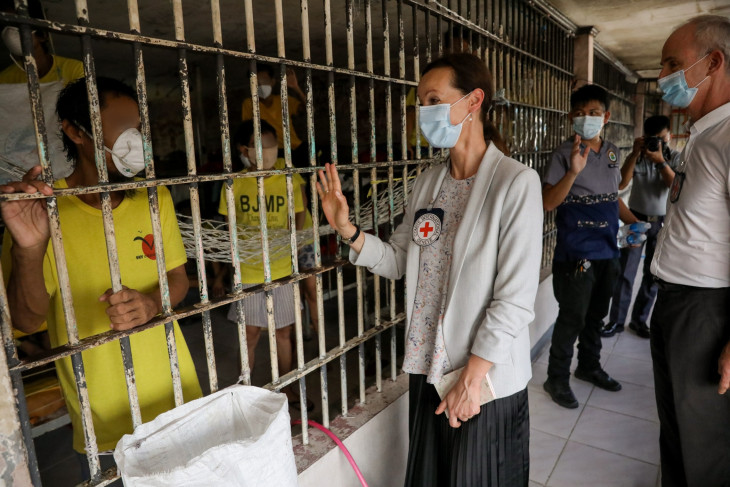 "Overcrowding increases the spread of communicable diseases such as COVID-19, scabies, and tuberculosis in places of detention. We will continue to engage detaining authorities in confidential and bilateral dialogues to pursue a collective and sustainable response," Ms Cipolla said.

The two leaders appreciated the humanitarian response of the PRC in Mindanao, including in areas that were recently hit by Tropical Storm Nalgae (Paeng). The ICRC has been supporting the PRC and the government's COVID-19 vaccination efforts in remote and conflict-affected areas in Mindanao.

War in cities inflicts deep scars, both visible and invisible. In Marawi, the most affected area has been reduced to rubble, and livelihoods were destroyed. Families continue to search for their loved ones who have gone missing for more than five years.

With PRC Chairman Richard Gordon and Secretary General Gwendolyn Pang, they visited a PRC Bakuna Bus ("vaccine bus") in General Santos City. Chairman Gordon said: "The ICRC has always been supportive of the PRC's COVID-19 interventions. They donated buses equipped with a vaccine administration area and supplies, while we provided a cadre of volunteers to perform the task. In the PRC, we cannot deny opportunities to help because it's our aim to uplift people... we do not give dole-outs, we uplift people." 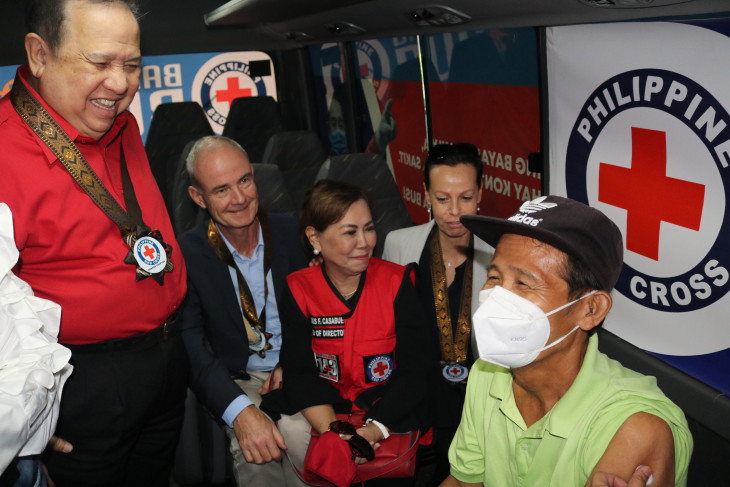 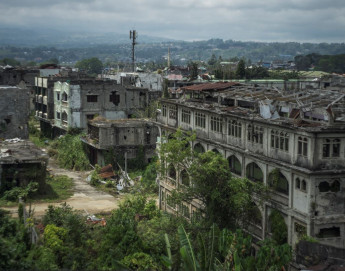 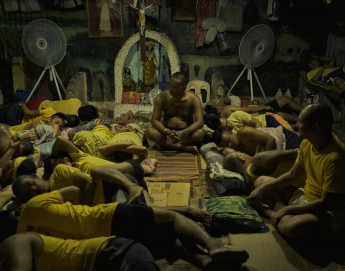 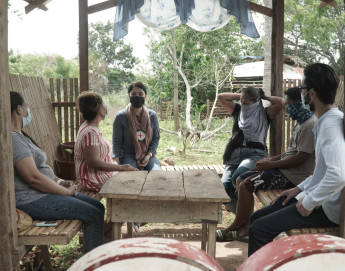 Philippines: Reaching out to conflict-affected communities