“Populations will suffer” if humanitarian workers are not protected 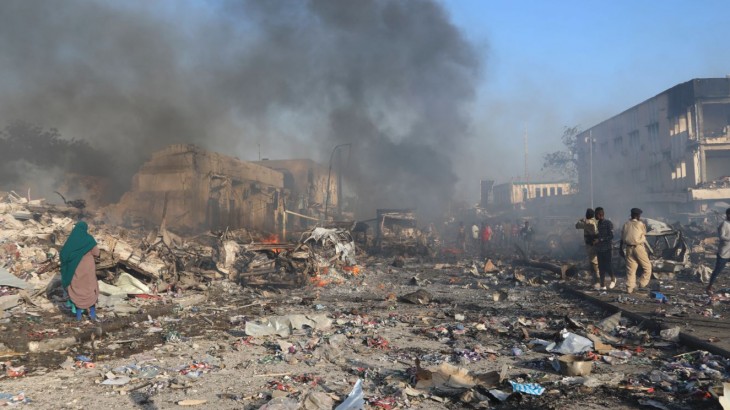 A lack of progress on tackling violence against humanitarian workers means populations will ultimately suffer, the ICRC told a Parliamentary committee hearing this week.

Giving evidence to the International Development Committee's session on protecting aid workers, the ICRC UK's deputy head of delegation Mark Brailsford said staff continue to face many threats in the field – which have a knock-on effect for local communities.

Brailsford spoke alongside Sir Stephen O'Brien, former UN under-secretary general for humanitarian affairs, at the session which focused on understanding what more the UK Government could do to safeguard humanitarian workers.

"For us, access is really crucial, and also safety for our workers on the ground," Brailsford said. "The international community needs to get behind International Humanitarian Law and also create the space for organizations such as the ICRC – that are delivering assistance in an impartial, neutral and independent manner – to have the space to carry out their activities. Unfortunately, this is not always the case."

Today, we voice our concern about lack of progress on tackling violence against aid workers in war zones, at @CommonsIDC hearing chaired by @StephenTwigg pic.twitter.com/r9tNQEF9xY

There remain severe challenges and a 'lack of progress on the international stage', Brailsford told the committee chaired by Stephen Twigg MP. He continued, "Of course, there's nothing more frustrating for a humanitarian or aid worker than to be unable to deliver assistance where it's actually needed. And there are contexts where we don't have access to everywhere we want to go.

"[An] analysis of risk is fundamental to our ability to deliver aid. Because, if we can't do that safely, then that compromises the whole programme – and that's the population that then suffers."

The committee's session was held to investigate the level of risk that aid workers face in the environments they operate in; what measures the international aid community takes to protect aid workers in volatile and insecure locations; and to examine what more the UK Government, and DFiD specifically, could do to safeguard those delivering relief.