Raqqa and Mosul: Humanity under attack 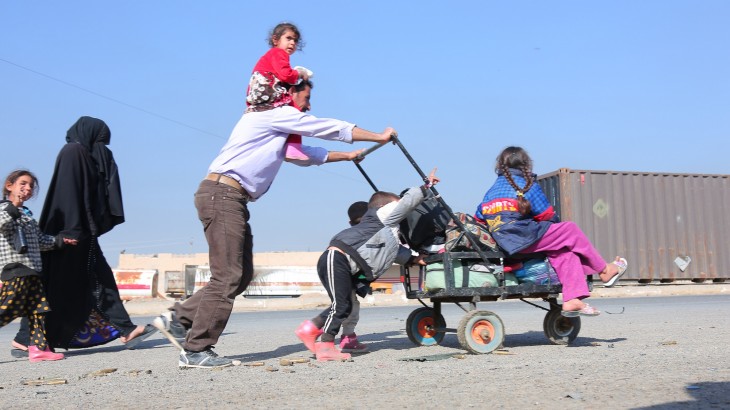 Statement by Robert Mardini, Regional Director for the Near and Middle East at the International Committee of the Red Cross (ICRC)

As fighting rages in Raqqa, Syria, and Mosul, Iraq, the human toll is staggering. We are alarmed by the fate of tens of thousands of civilians trapped in these cities, traumatized and living in constant fear of violent death, without access to the most basic necessities to survive. In both Raqqa and Mosul, people are caught between a rock and a hard place, desperate to stay alive under a deluge of airstrikes, sniper fire, shelling, and bombs. They have nowhere safe to go. The reports out of Raqqa are harrowing. We hear of civilian casualties, of houses, hospitals and schools being targeted, of people going hungry, while the sick and the injured remain unattended to. In Mosul, our doctors working at the Mosul General Hospital, next to the frontline, are treating hundreds of civilians with terrible injuries, including small children. Many die on arrival. When you see a father staggering into the hospital carrying in his arms a two-year-old shot in the head, you realize that our common humanity is under attack.

We appeal to all sides to protect civilians and respect the rules of war. Civilians still inside Raqqa and Mosul must be spared and allowed free passage if they want to leave. Those who have fled must receive all the assistance they need and be treated with dignity.

In the short term, this is vitally important in order to save life and reduce suffering. And in the long term, it will help lay the foundations for a better future. It's a lot easier to rebuild, to reconcile, to reconstitute if the war itself was kept within some bounds, where humanitarian considerations were respected.

If not, a new generation will grow up in a conflict incubator and the vicious cycle of violence will continue.