Remembering the victims of a “forgotten war” 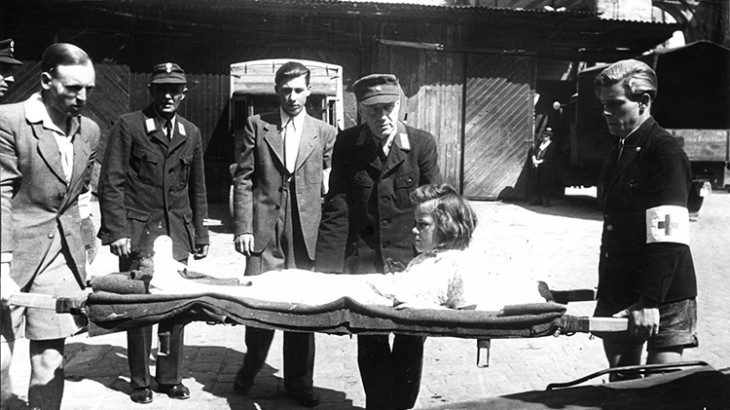 From 10 to 11 April 2018, the ICRC regional delegation for the Russian Federation, Belarus and Moldova, together with the Federal Archival Agency of the Russian Federation, gathered archivists from 15 European countries that had participated in the First World War in order to compare collections of documents pertaining to this historic period and to consolidate efforts for the creation of databases on prisoners of war, repatriated persons and civilians from different States.

This year the centenary of the Great War's end is widely celebrated not only in Russia, but also throughout the world. One of its greatest humanitarian problems was a huge number of prisoners of war – 8 million.

"The ICRC reserves special attention and care for prisoners of any war, however long ago it ended. It is known that citizens of the countries that participated in the First World War are still trying to get information about the captured members of their families," said Magne Barth, head of the ICRC regional delegation for the Russian Federation, Belarus and Moldova.

Since its establishment in 1863, the ICRC has cared about the preservation of historical memory related to the organization's humanitarian assistance to victims of war and armed conflicts, namely wounded and sick members of armed forces, prisoners of war and civilian population.

During the First World War, a huge number of civilians were interned, deported, taken hostage or became refugees in neutral countries. The ICRC, together with national societies of the Red Cross of the countries at war, set up, with due account of censorship rules, an information service in an effort to restore links between separated family members at least through letters.

Excellent specialists from the archives of Austria, France, Belgium, the United Kingdom, Hungary, Romania, Switzerland, Serbia, Bulgaria, Poland, Slovenia, Finland and Belarus took part in the conference. For many of them it was the first visit to Russia.

For a long time, the Great War of 1914–1918 has been known as a "forgotten war". The participants of the 2018 conference strove to ensure that this will not be the case for the memory of prisoners of war, repatriated persons and civilians.

At the end of the conference, the participants expressed the desire to broaden the discussion in 2019 by inviting representatives of State archives from as many countries that took part in the First World War as possible, as well as from neutral States that provided assistance to people affected by hostilities after the Great War and in-between the two World Wars.

Archivists pointed out that the following topics would be of particular interest for future professional discussions: provision of medical, religious, cultural and other humanitarian assistance to prisoners of war and civilians in detention facilities, as well as humanitarian aspects of the repatriation of prisoners of war and the evacuation of civilians (including children as the most vulnerable category of victims) during wars and armed conflicts of the interwar period.