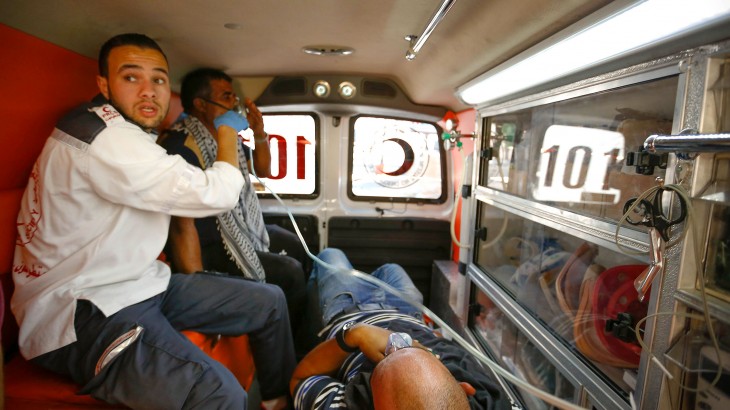 Since the beginning of October, the PRCS's emergency medical teams in the occupied Palestinian territory have responded to nearly 16,000 incidents. CC BY-NC-ND / ICRC / J. Atta

In the immediate aftermath of the 13 November 2015 attack against an Israeli family in the Hebron area, which resulted in the tragic death of two civilians, numerous reports referred to an alleged failure by the Palestine Red Crescent Society to provide due care to the victims. If true, such a failure would have been a grave breach of the Fundamental Principles of the International Red Cross and Red Crescent Movement – in particular, the principle of impartiality.

The delegation of the International Committee of the Red Cross (ICRC) in Israel and the occupied territories has thoroughly examined all available information, including from sources such as Magen David Adom in Israel and the Israeli Defense Forces.

Based on that information, the ICRC has concluded that a two-person emergency medical team from the Palestinian Red Crescent responded to an emergency call and was the first team to arrive on the scene. Upon their arrival, they assessed the condition of the victims and the need for any immediate and life-saving emergency care. None of the survivors required emergency medical assistance and, tragically, there was nothing the team could do for those who had been shot and killed. Within minutes, the first of several Israeli civilian and military ambulances arrived, at which time the Palestinian Red Crescent team departed.

It is regrettable that the statements, portrayals and reports in the mainstream and social media within Israel were so quick to presume that the Palestinian Red Crescent was guilty of failing to provide due care to the victims. All the more so given the limited knowledge of facts, the misleading interpretation of events and even truncated evidence that was relayed to the public by the Israeli media. Such actions can seriously affect emergency medical teams' ability to work and save lives in Israel and the occupied territories.

What matters most now is for both the Israeli and Palestinian National Red Cross and Red Crescent Societies to be able to continue their vital work and their calm and effective cooperation. Both National Societies have strong records of providing humanitarian service in accordance with the Fundamental Principles. The ICRC will continue to urge everyone concerned – including and even especially those so prompt in levelling grave accusations against the Palestinian Red Crescent – to do their utmost to ensure that emergency medical teams are allowed to carry out their duties safely at all times.

Statement by Jacques de Maio, head of the ICRC's delegation for Israel and the occupied territories