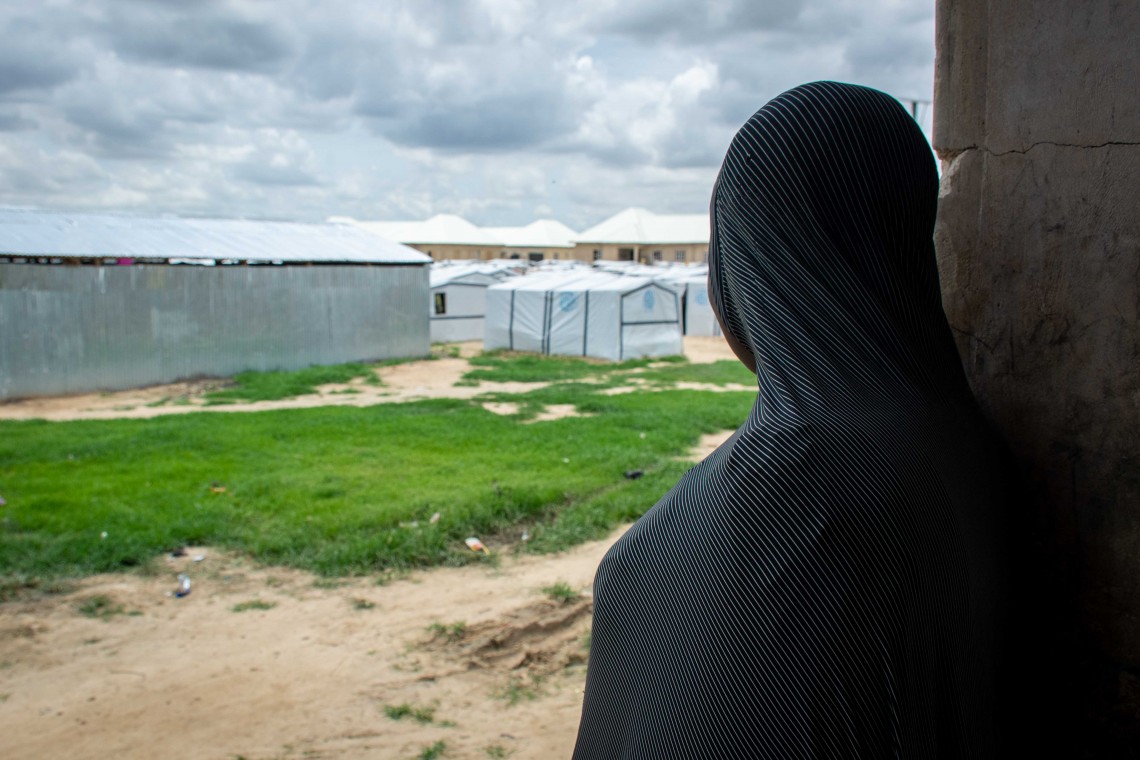 Sexual violence in Nigeria – Lives abandoned in the name of survival

Twice a week the man would pay Yagana for sex. He only stopped when she became pregnant with his child.
Article 05 February 2020 Nigeria United Kingdom

"I didn't see him again after that. He told me the child wasn't his and didn't offer me any support," said Yagana.*

We meet the 36-year-old in a small Red Cross outpost in one of Maiduguri's sprawling camps for people made homeless by conflict. She is broad-shouldered and exudes an air of confidence.

Yagana's story begins in 2015 when armed groups attacked her town in north-east Nigeria. With gunshots crackling through the air, she grabbed her children and ran.

Her husband was killed, leaving Yagana alone to look after their children on the journey through the wilderness.

"I couldn't take anything with me. I didn't even have time to lock the door of my house," she said.

Maiduguri is the capital of Borno state. The state slogan, 'Borno – Home of Peace', is emblazoned on road signs and vehicle licence plates.

Yet peace has not been felt in this corner of Nigeria for ten long years. The story today is not one of peace, but one of loss: loss of life, loss of home, loss of dignity. 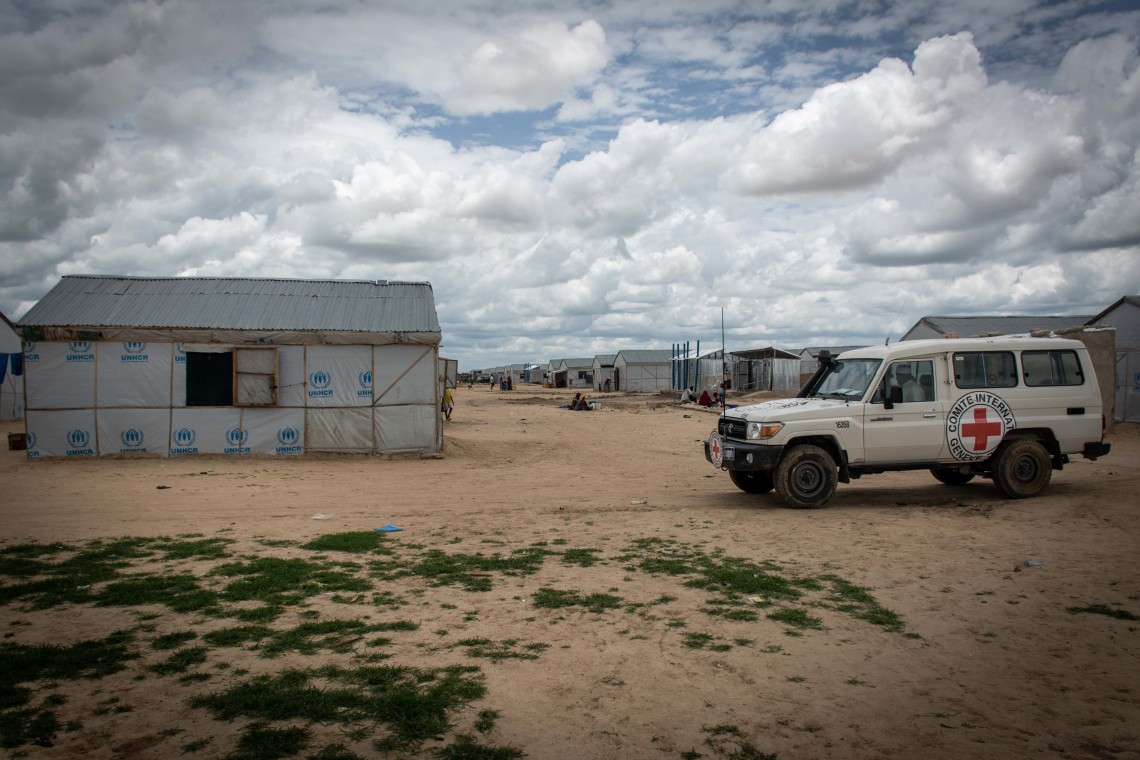 Dotted around the city are dozens of camps for those seeking refuge from the violence. One of them has been Yagana's home for the last four years.

"I was so relieved to get a shelter. But then my first thought was how to get food. Where will I get food to feed my children?" she said.

Nearly two million people are displaced within north-east Nigeria due to conflict; Maiduguri has absorbed more than a quarter of a million people. Food in the camps is often in short supply.

"I was desperate, we were suffering a lot. I had to do what I had to do to get food and clothes for my children. There was no other way," said Yagana, speaking softly, as if the whole camp was listening. 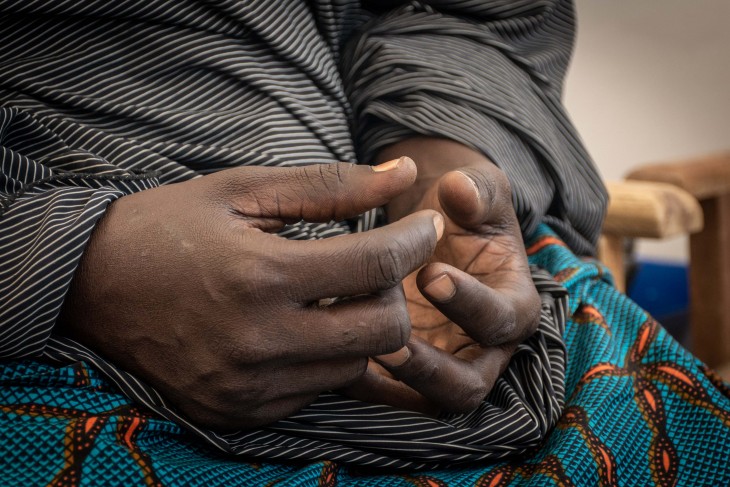 "I saw how other women who slept with men for money would get pregnant and would discard the baby when it was born.

"I wanted to keep mine, the pregnancy was unplanned, but I raised the baby."

There's a pointed silence as her words sink in. Sex for cash. Unwanted pregnancies. Babies discarded. Lives lost. All in the name of survival.

Sexual violence is prevalent in north-east Nigeria; both the conflict and ensuing displacement exacerbate the risks and consequences.

The definition of sexual violence is an act of a sexual nature imposed by force, threat of force, or coercion. It encompasses rape, sexual slavery and forced pregnancy, among other acts. It could also include acts of transactional sex where they meet this definition.

However, gauging the extent of the problem – the number of cases, evidence, impact – is difficult. Victims of sexual violence face acute stigma, as such they usually prefer to remain silent and the crime becomes invisible.

"Sex for money was a very common means of survival among women here," said Fatima,* another resident of the camp.

"You would hear stories on a weekly basis of women giving birth and throwing away the baby. Some would throw them in the latrines, others in the dump." 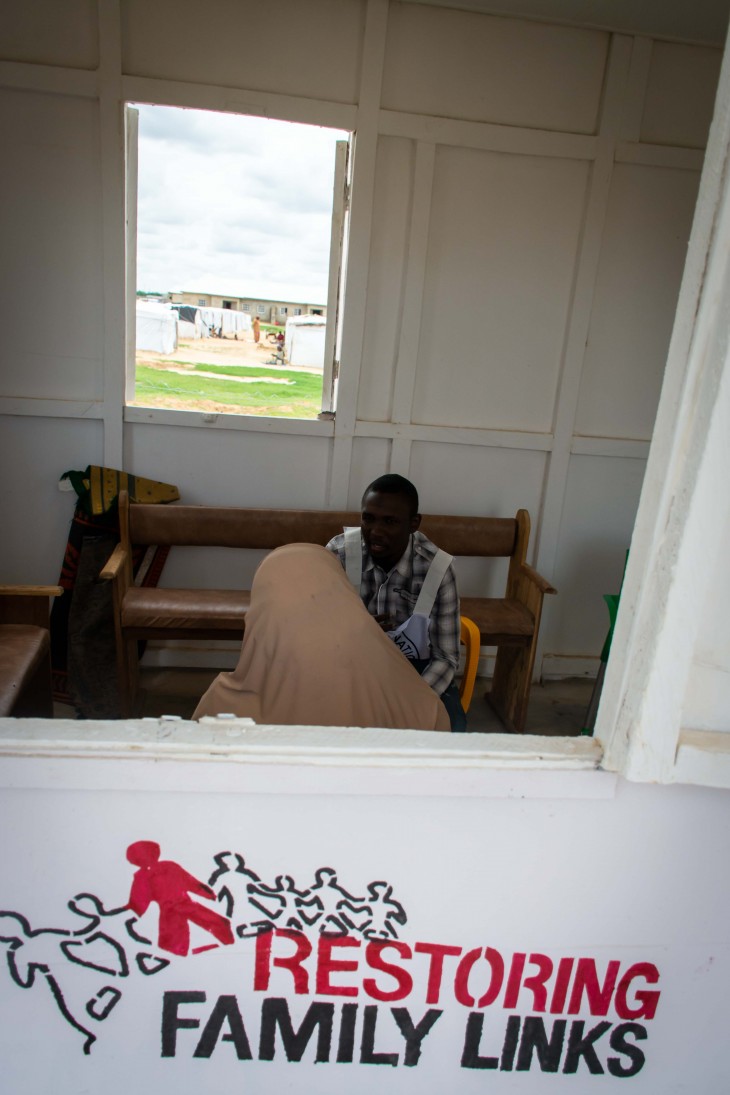 Fatima is the sole breadwinner in her household. Her husband is missing, as is her 10-year-old son.

This is Fatima's fifth year in the Maiduguri camp. Upon arrival, Fatima struggled to get food for her family. Her children would go out and beg.

Like Yagana, Fatima's voice drops when she speaks about what happened next. She recalls how men would come calling for sexual favours and how women felt compelled to oblige.

"I just satisfied the men, random men," she said, "I had to find a way to feed my children."

How much can a woman expect to earn from spending a night with a man? Between 200-500 Naira – roughly equivalent to one US Dollar.

"I have my dignity back"

It is incredibly difficult to understand what would drive someone to dispose of a new-born life. Acute social stigma, as opposed to economic hardship, is often the main cause.

"The social stigma surrounding women who are not married and have sex with other men is extremely high," said Fumiko Nakashima, part of the ICRC team in Maiduguri working to protect and help women in the camps.

"Not only does it bring shame to the woman, but shame to her entire family. They are social outcasts and the stigma is extended to children born outside of marriage."

In 2017, the ICRC team in Maiduguri held discussions with people in a camp in order to ascertain the threats they face. One of the issues raised was transactional sex.

In order to prevent women from resorting to transactional sex, the ICRC identified those in need of support and gave them cash to invest in starting a business.

The initial pilot project helped 100 women in 2017/18. It has now been extended to help another 500 women, the majority of whom have had to resort to transactional sex.

An assessment of the pilot project found that none of the women who received cash grants went back to using transactional sex to gain an income.

Fatima and Yagana both benefitted from the initial pilot. Drawing on her husband's experience as a trader, Fatima invested her cash instalments into children's clothing and shoes to sell.

"I'm independent because I earn for myself now," she said, "I have my dignity and respect back as a woman. Things I did in the past have stopped.

Yagana invested her cash instalments into buying bags of beans from the market, which she then sells on.

She makes a profit of around 6,000 Naira (17 USD) per week, which she divides into three: one third goes into savings, the second is reinvested into the business and the final portion is spent on the family.

"I'm a different person today," she said. "I'm strong and I can provide for my family with what I'm doing. I hope other people get the same help as me.

"It was hunger that made me be with him. I'm not hungry anymore. If I see him again I will chase him away." Yagana's self-esteem and dignity were restored.

According to the ICRC team in Maiduguri, some men who are involved in transactional sex do not necessarily perceive the relationship as exploitative, but rather view themselves as a provider for the woman.

Such behaviour needs to be challenged, according to Sarah Cotton, ICRC global policy lead on sexual violence.

"In these cases, it may seem like the women are making a choice to partake in transactional sex, but it isn't a free choice and there's a clear power differential," Cotton said.

"The environment is what we would call coercive and the situation is deeply stigmatising and isolating. Women and entire families can be ostracised by their communities."

Across the world the ICRC uses a multidisciplinary approach to help victims of sexual violence in conflict, encompassing health care, psychosocial support and livelihood activities. But the emphasis needs to be on preventing sexual violence from taking place.

Cotton added: "It is the responsibility of States and authorities to prevent sexual violence happening in the first place, including by ensuring that people should never be in the position where they have to resort to transactional sex to survive.

"Sexual violence in conflict is a violation of international humanitarian law and is therefore a war crime. It is a devastating crime with widespread consequences. It must be prevented as an absolute priority."