Somalia: For detainees, water is a particularly urgent need 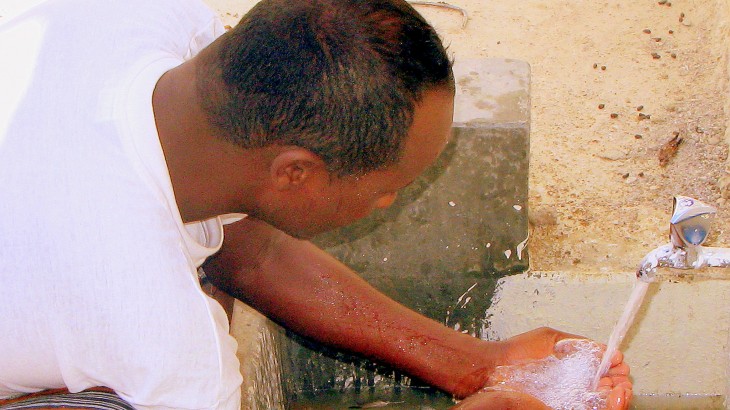 Garowe city, Puntland. An inmate at the police station washes his hands from a tap. The water and sanitation system in this police station were built and rehabilitated by the ICRC. CC BY-NC-ND/ICRC/Miraj Mohamud

In Somalia nature and years of conflict have conspired to restrict the people's access to water, the very essence of life. To ease their suffering, the ICRC endeavours to provide water to detainees and civilians affected by conflict, and to improve their sanitation facilities.

Somalia's dry climate and lack of rain make it very challenging for the population to get access to water. Following two decades of armed conflict, water and sanitation infrastructure is almost totally rundown. This protracted problem has not spared detention places, such as prisons and police stations.

Yet supplying water in sufficient amounts is one of the basic services that must be carried out without interruption in any place holding detainees. Water is essential for drinking, preparing meals, maintaining personal hygiene, and also for sewage disposal. As the ICRC water specialist for Somalia, May Mousa, explains, a detainee requires a minimum of 10 to 15 litres of water a day for drinking, hygiene and food preparation.

To help alleviate problems caused by severe water shortage, the ICRC's water and habitat programme in Somalia works not only to supply water to detention centres but also to meet the water and sanitation needs of nearly 300,000 people across the country. 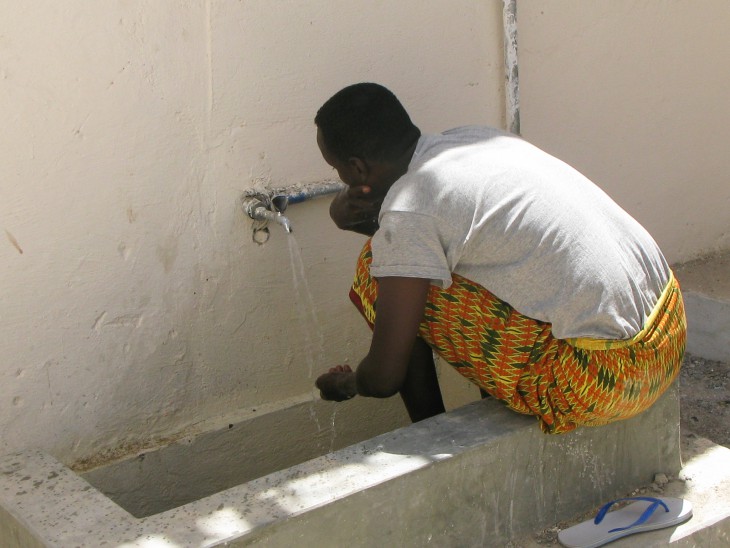 Garowe city, Puntland. In Somalia, access to water because of its dry climate and lack of rain is a challenge. After two decades of armed conflict, water and sanitation infrastructure are hardly functioning. CC BY-NC-ND/ICRC/Miraj Mohamud

In Puntland region, inmates detained at the police station in Garowe town say that, "since ICRC specialists managed to build equipped latrines and a large water tank, the situation radically improved. Look at us and around. Our clothes are washed, the cells and their environment are clean and most important, thanks to good hygiene, we are healthy. "

Commenting on the water situation before the ICRC stepped in to assist, an individual detained at a police station noted, "We did not have available water here, it was provided from outside therefore in small quantity. It was very hard to keep decent hygiene".

Talking about the particular need to ensure access to water for people deprived of their freedom, Ms Mousa explains: "The ICRC works to improve living conditions in places of detention. If you are free, you can move around to fetch water. Detainees do not have the same opportunity. Lack of water and poor sanitation systems in detention places quickly affect the health of inmates. Waterborne diseases are one the consequences of the lack of clean water and proper sanitation systems."

Prison visits across the globe

Annually the ICRC visits more than 2,500 places of detention, which hold about half a million people in around 70 countries across the globe. The visits enable the organization to assess water, health and sanitation needs, and it uses its findings as a basis for improving, where necessary, the conditions in which detainees are held and the manner in which they are treated.