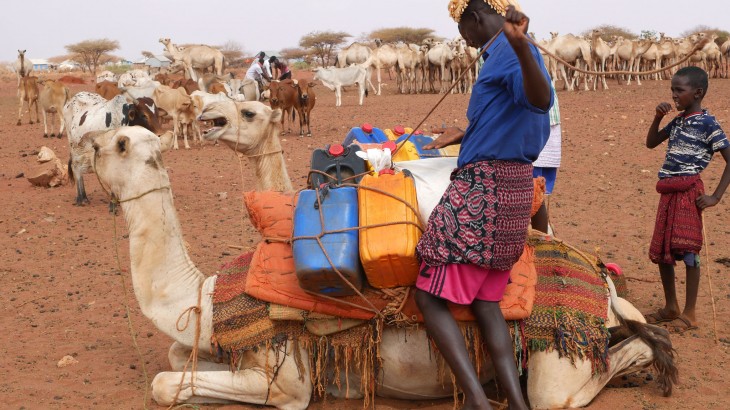 The livestock herders living in Galgaduud region cover long distances of more than 30 kilometres on feet to bring their camels to a borehole drilled by the ICRC. They refill their jerry cans with fresh water to take home to their families. CC BY-NC-ND/ICRC/Anisa Hussein

Sounds of bleating goats and sheep, camel bells ringing and running water signals the onset of a busy morning in Qodqod village, located in Galgaduud region. Herders fill their jerry cans with water as goats, sheep and camels jostle for room along the water troughs. At the centre of all this activity is a borehole.

The borehole was drilled by the International Committee of the Red Cross (ICRC), in the middle of the village, in September 2017, to support communities affected by drought. Now it not only serves the residents of Qodqod village, but also livestock herders in the surrounding area. 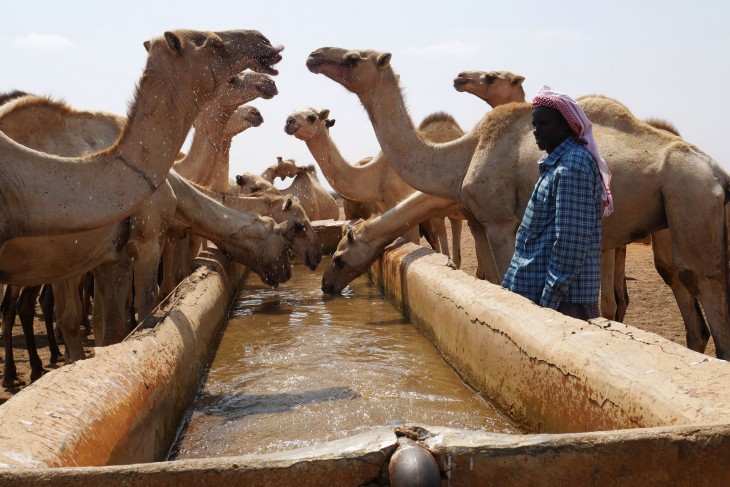 More than 500 camels, goats and sheep visit the borehole according to Abdirashid Abdi, a herder in Qodqod village. The borehole has been connected to provide water to animal troughs in the village. CC BY-NC-ND/ICRC/Anisa Hussein

"We receive not less than 500 camels, goats and sheep from herders living in neighbouring areas who visit the borehole almost every day," said Abdulahi Abdi, a herder living in Qodqod.

"I walk for 25 km just to reach this well," said Mohamed Bule, a herder from the neighbouring Matabaan village, for whom who the trip is a regular commute. "Once a week for the camels but every two days for the goats and sheep."

The borehole system is operated at night and during the day the flowing is used by everyone in the village, including the livestock. 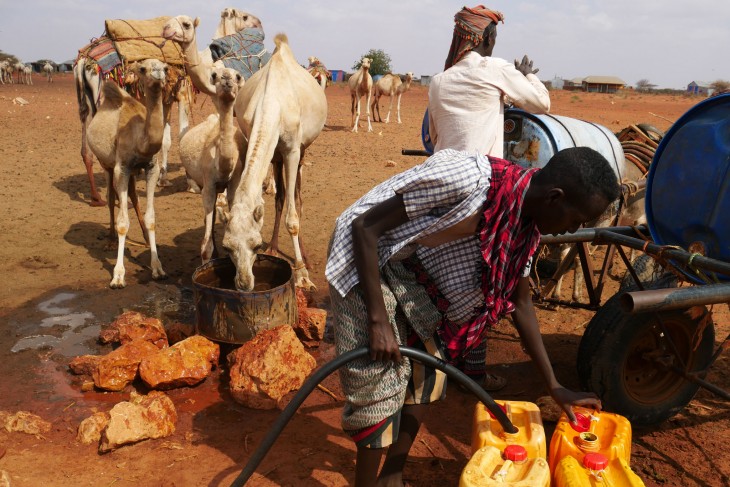 The livestock herders living in Galgaduud region cover long distances of more than 30 kilometres on feet to bring their camels to a borehole drilled by the ICRC. They refill their jerry cans with fresh water to take home to their families. CC BY-NC-ND/ICRC/Anisa Hussein

Water has been a scarce resource in the country exacerbated by years of conflict, neglect of infrastructure and climatic shocks. In 2017, over 700,000 people living in Somalia benefited from clean water through drilling and rehabilitation of emergency elevated tanks, wells and boreholes. The ICRC has also distributed aquatabs and promoted better hygiene and sanitation practices amongst herding communities.

Read about the ICRC's water response in the Somalia Blog.