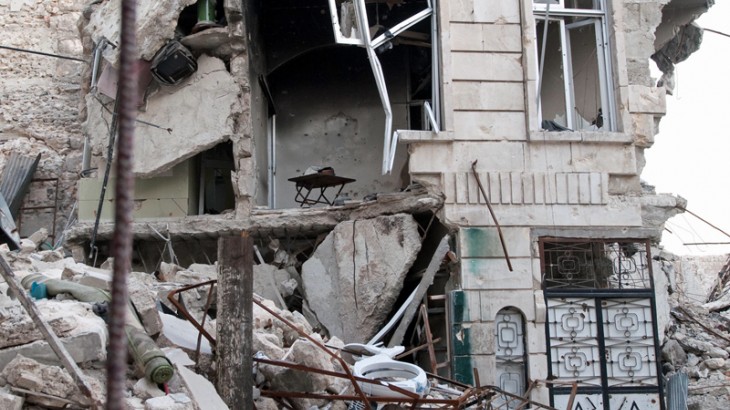 The International Committee of the Red Cross is appealing to all parties involved in the Syria and Iraq conflicts to uphold the fundamental principle of human dignity, to spare the civilian population the effects of the hostilities and to facilitate neutral, independent and impartial humanitarian activities.

Years of fighting in Syria and Iraq, the proliferation of armed groups and the recent international air strikes in Iraq and Syria have compounded the humanitarian consequences of the conflicts in both countries. Hundreds of thousands have died, millions are homeless, livelihoods have been wrecked and the humanitarian situation continues to worsen. At the same time, it is getting increasingly dangerous for humanitarian organizations and workers to help those who are suffering.

"The conflicts in Syria and Iraq are endangering more people with every passing day," said Dominik Stillhart, ICRC director of operations. "Under international humanitarian law, every party to these conflicts must refrain from harming civilians, must protect medical personnel and facilities, and must allow humanitarian workers to bring help."

"Under international humanitarian law, no-one may attack civilians or civilian objects such as homes, schools, medical facilities, ambulances, community shelters or places of worship. The law also includes the obligation to respect and protect civilians and people who are not currently participating in hostilities, such as the sick, the wounded and those who have been detained. Everyone must treat these people with humanity and preserve their dignity," explained Mr Stillhart.

Furthermore, humanitarian law requires parties to a conflict to protect all humanitarian workers, regardless of their ethnicity, nationality, or religious affiliation. "Red Cross and Red Crescent staff are in conflict areas to save lives and bring vital help to people in need. All parties to a conflict must protect them and not only allow them to work but indeed facilitate their work," concluded Mr Stillhart.

The ICRC is helping people suffering the effects of the conflicts in Syria and Iraq. Working with the Syrian Arab Red Crescent, it has ensured that 80 per cent of people in Syria have clean drinking water. In addition, it has provided food and basic aid for more than 3.8 million people in Syria so far this year. In Iraq, the ICRC has delivered food, drinking water, other relief items and medical assistance to more than a million people since the beginning of the year, while the Iraqi Red Crescent has been helping people affected by fighting across the country.