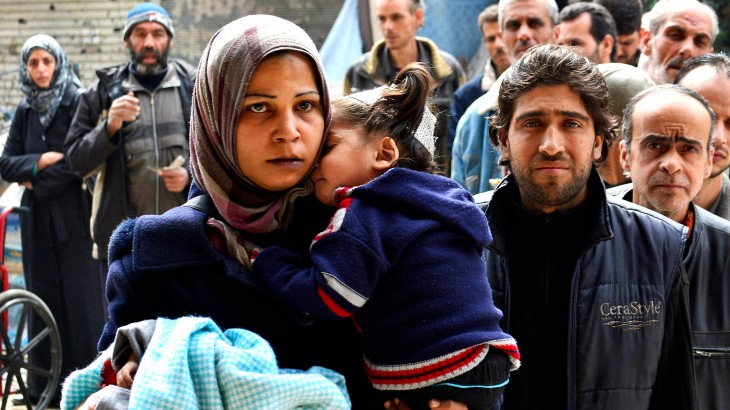 Damascus/Geneva - The International Committee of the Red Cross (ICRC) is calling for immediate access for humanitarian assistance to Yarmouk Refugee Camp and has expressed alarm at the plight of thousands of civilians enduring clashes that have put their lives at great risk.

Emergency medical care is urgently needed for the reported 18,000 inhabitants remaining in Yarmouk, a camp built for Palestinian refugees in southern Damascus. Humanitarian needs are growing by the day in the camp, which has been hard hit by four years of conflict and cut off from outside help for long periods.

The ICRC is calling on all involved in fighting to allow the immediate and unimpeded passage of urgent humanitarian aid and to permit civilians who wish to leave the camp for safer areas to do so at any time.

"With the recent upsurge in fighting in and around Yarmouk the situation for civilians has deteriorated once again," said Marianne Gasser, the head of the ICRC in Syria. "People were already worn down by months of conflict and constant shortages of food, water and medicine and they need urgent help."

Some families have managed to escape Yarmouk for the nearby district of Yelda. Since 3 April, the ICRC and the Syrian Arab Red Crescent (SARC) have delivered 9,500 food parcels to families in Yelda, some of which had fled the camp.

The ICRC has urged all parties to the conflict to fulfil their obligations under international humanitarian law to spare the lives of civilians in the camp, to allow the wounded to receive medical care and not to target medical facilities.

The ICRC has not been able to enter Yarmouk Camp since October 2014, when it delivered medical and water purification supplies in collaboration with the SARC and the Palestine Red Crescent Society.