Fighting has again surged in many parts of eastern Ukraine in the last few weeks. The impact on civilians caught up in the fighting is made worse by the cold winter weather – and winters are harsh here. People whose houses have been damaged need immediate help, as do those who have fled the fighting. Taken in December 2014, these pictures show how Red Cross teams are providing emergency assistance and saving lives in eastern Ukraine. 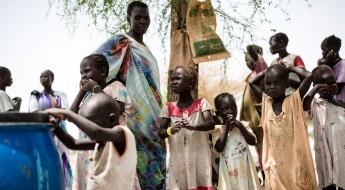