Children, no matter their association, are entitled to rights and protections as children

ICRC Statement to the 74th UN General Assembly, Third Committee Meeting on the Promotion and Protection of the Rights of Children 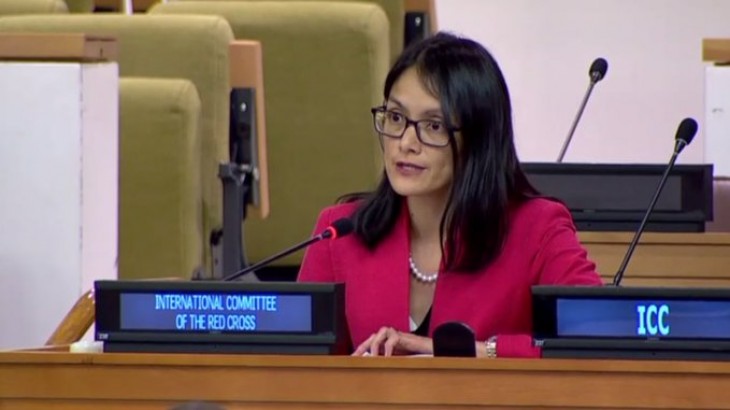 This year, we mark the 70th anniversary of the Geneva Conventions and the 30th anniversary of the Convention on the Rights of the Child. The ICRC bears witness to the achievements of both. When a wounded child is allowed through a checkpoint or when the best interest of the child is considered first, it shows these laws work. Yet, alongside achievements, we also observe the suffering of children when those rules are not respected.

Today, we would like to draw attention to the worrying trend of the selective implementation of the law. We see this happening in various places and for various reasons, but primarily for questions of national borders or national security and in the emblematic case of children associated with groups designated as terrorists. Children associated with certain categories of people are treated as exceptional cases to whom existing law does not apply. In these cases, who your parents are determines your treatment. If you are a child born of a "migrant" or "violent extremist" you may be treated with lower standards of protection or, at times, none at all.

Millions of children in conflict zones daily face discrimination, ostracization, and stigmatization. In particular, for children affiliated with groups designated as terrorists, we are concerned about three policies and practices:

We must reaffirm that all children are entitled to their rights and protections as children, without distinction based on their age, gender, religion, or whether they are associated with an armed group designated as terrorist.

The ICRC therefore calls on States to implement, apply, and enforce three key standards without distinction or exception:

First is the principle of the best interest of the child. It must be a primary consideration in the decisions made by authorities.

Second is the right of all children not to be separated from their parents against their will, unless authorities determine this necessary, subject to certain procedures. In the vast majority of cases, remaining with the family – including parents and siblings – is in the child's best interest. In the emblematic case of foreign fighters and their families, we urge States considering repatriations to repatriate children with their parents, with full and informed consent, even in cases when judicial proceedings await upon return and with due respect for the principle of non-refoulement.

Third is the obligation to reintegrate children who have participated in an armed conflict. States are reticent to apply the law and standards governing the treatment of children associated with armed groups to children who have been trained or used in hostilities by armed groups designated as terrorist. However, the CRC and its Optional Protocol emphasize States' obligations and do not allow for exceptions based on labels.

Children, even those associated with armed groups designated as terrorists, must be considered first and foremost as victims. The ICRC is available to provide policy and legal guidance to States as they define their policies and approach in this area.