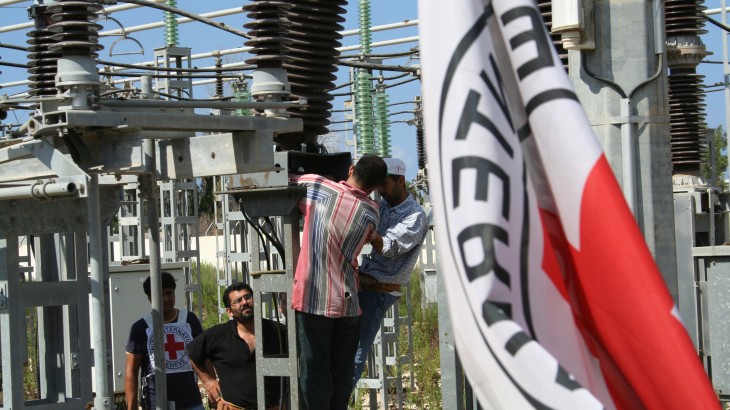 50 million people in urban areas face protracted and repeated armed violence. The direct impact of conflict is visible and well understood, but there is less research into the cumulative, long-term effects – the gradual collapse of electricity, water and sanitation services.

This report is based on 30 years of ICRC work in urban conflict zones including Iraq, Gaza, Ukraine, Syria and Yemen. It warns that unless humanitarian agencies adopt a different approach to assisting urban populations in conflict, the human and social cost could be catastrophic, with the deterioration of critical infrastructure leaving people without essential services.

When conflicts drag on, maintaining essential services can become simply too difficult and the damage can become too expensive to reverse.

The report recommends that humanitarian agencies change their current approach, so as to minimize public health risks, the displacement of civilians and the costs of rebuilding and developing after the conflict has ended. 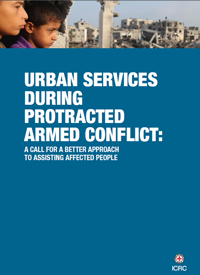 "Urban services during protracted armed conflict: A call for a better approach to assisting affected people" was launched on 6 October 2015 in London by ALNAP, the Urban Humanitarian Response Community of Practice and the ICRC.

More on the struggle to maintain basic urban services in conflict

Wells, pipelines and pumps in towns and villages are all vulnerable to the effects of fighting. In a city, one broken pipe can deprive 100,000 people of water. This film shows how the ICRC works with communities to provide water to people in towns and cities when the normal supply fails.

Urban services during protracted armed conflict: A call for a better approach to assisting affected people