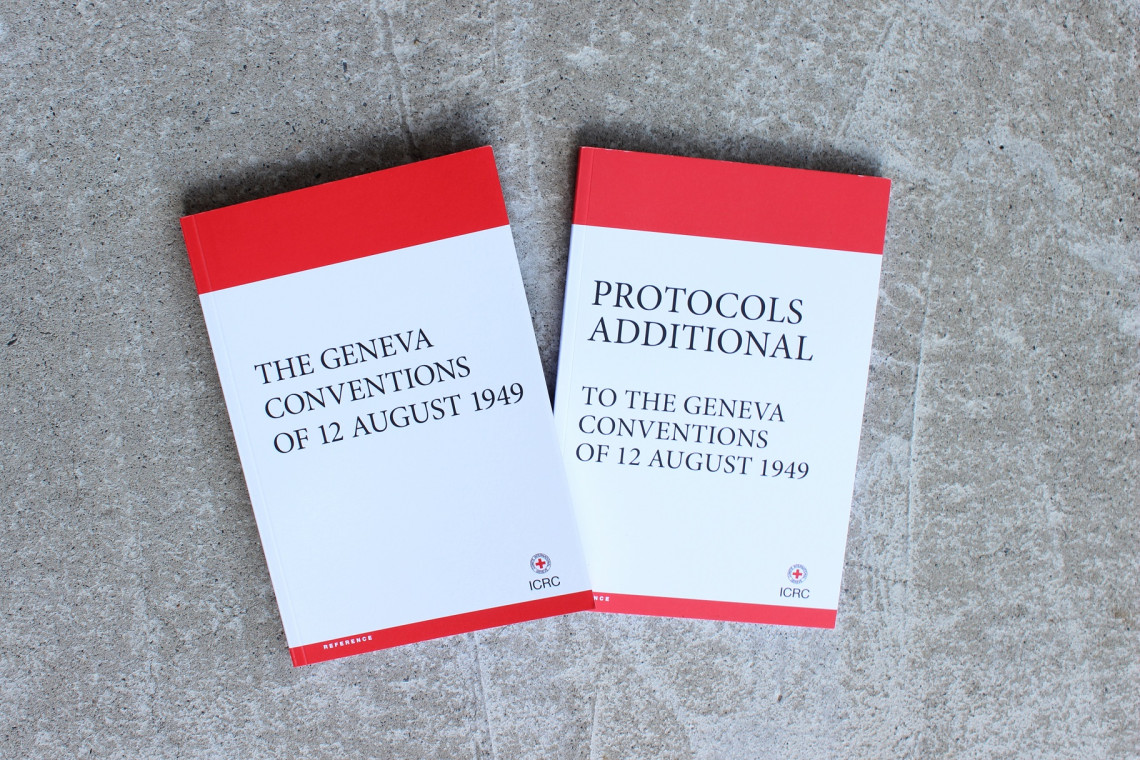 A growing number of states have published voluntary reports on the domestic implementation of international humanitarian law (IHL), and many more are in the process of drafting theirs.
Article 17 May 2022

What are voluntary reports? Which states have published one? Where can a state, a national IHL committee (or similar body), or a National Red Cross or Red Crescent Society find support to produce their own?

On this page, you will find all the voluntary reports that have been made public by states so far, with additional materials to help those interested in drafting a voluntary report, as well as answers to some frequently asked questions.

What is a voluntary report on the domestic implementation of IHL?

For the ICRC, a voluntary report is any document drafted by or with the strong involvement of a state, often with the support of its national IHL committee and sometimes with the support of a National Red Cross or Red Crescent Society. The purpose of the report is to set out to what extent international legal obligations have been incorporated into the domestic system (i.e. law, policy and practice) and to identify areas requiring action. Voluntary reports are often made public once finalized, as one of their aims is to help share good practices on implementing IHL among the international community.

Why would a State wish to publish such a report?

The effective national implementation of IHL is a continuous process, and there is always room to strengthen domestic legal frameworks.
To showcase all the work done in this area, several states have issued voluntary reports on the domestic implementation of IHL, highlighting the parts of their legal frameworks where IHL is suitably integrated and proposing areas for further consideration. In the expert meeting organized by the ICRC and Switzerland in June 2021, entitled "Voluntary reports on national implementation of international humanitarian law: Sharing practical experiences and perspectives", several states shared what, for them, were some of the benefits of drafting voluntary reports. The drafting and dissemination of voluntary reports aid the promotion, comprehension and implementation of IHL. They help governments to ensure that national legislation complies with IHL norms, which in turn helps them to identify areas requiring further action. In this way, the reports constitute a common reference point on the state of IHL implementation in each country. They also promote international cooperation through the exchange of best practices among states.

No, as the name says, the process is entirely voluntary: states are free to decide if, when and how to draft them.
There is no legal definition of voluntary reports, and they are not mentioned in the Geneva Conventions or their Additional Protocols. They are simply one of the ways that states have chosen to demonstrate all the actions they have taken to fulfil their obligation to implement IHL domestically. Such voluntary reports are grounded in Resolution 1 of the 33rd International Conference of the Red Cross and Red Crescent, entitled "Bringing IHL Home: A roadmap for better national implementation of IHL". The resolution invites states "to carry out, with the support of the Red Cross or Red Crescent National Society where possible, an analysis of the areas requiring further domestic implementation". It also invites states "to share examples of and exchange of good practices of national implementation measures taken in accordance with IHL obligations as well as other measures that may go well beyond states' obligations".The resolution is complemented by the open pledge that was submitted by the United Kingdom and the British Red Cross, and signed by 15 states and National Societies, encouraging states and National Societies to voluntarily publish reports on the domestic implementation of IHL.

Who is best placed to draft a voluntary report?

Any state entity tasked with the implementation of IHL can draft a voluntary report. National IHL committees will often be instrumental to the process, as they can already bring the various stakeholders involved in the implementation of IHL around the same table. National Red Cross and Red Crescent Societies can also play a strong supporting, or even a leading, role.

What are key considerations to bear in mind when starting to draft a voluntary report?

For their planning process, states may wish to consider: what content to include in the report, how to collect the data, whether to make the report public or private, what process will be followed to adopt the report and what budget is needed. In identifying content to cover in the report, states may either take a broad approach, examining several themes, or focus on one theme. Although there is no requirement to make the report publicly available, there are some benefits to publication, such as the dissemination of IHL and engagement with other states. The adoption process should be determined from the start, including which entity will be responsible for final approval.Regarding the financial resources needed to undertake a voluntary report, states may wish to consider: hiring a consultant familiar with IHL and the national legal context to research and draft the report; hiring an independent practitioner or academic to review the draft report for accuracy and quality; holding one or more meetings with relevant stakeholders, for example on an initial workplan, to launch the finalized report; and, in multilingual countries, translating the report into other languages.

The following lists contains reports which the ICRC has been informed of and may not be exhaustive. Should any State or other entity wish to send its voluntary report(s) on the domestic implementation of IHL to the ICRC, please contact the ICRC's Advisory Service on IHL at gva_advisoryservice@icrc.org.

Regional reports on the domestic implementation of IHL