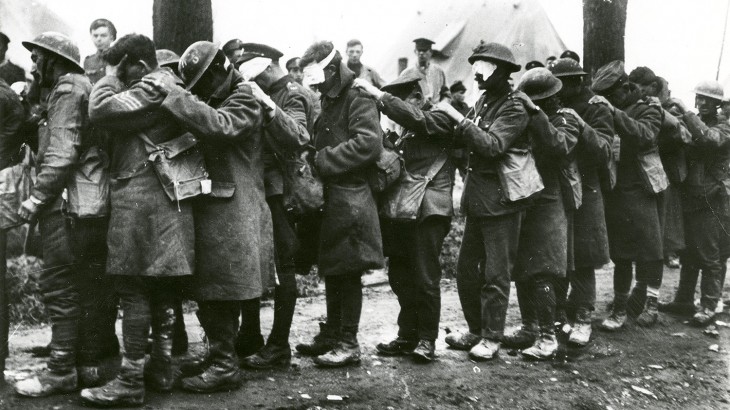 Geneva (ICRC) – The International Committee of the Red Cross has marked the 100th anniversary of a World War I battle, where deadly chlorine gas was used on thousands of troops, by underlining the urgent need for more progress towards ridding the world of all types of weapons of mass destruction.

"Looking back at the history of international humanitarian law, it seems that the greatest atrocities, the greatest human catastrophes, lead to the broadest legislation," said ICRC Vice-President Christine Beerli. She was speaking in the Belgian town of Ypres, where the attack by the German army took place, causing widespread asphyxiation and leaving many soldiers shot dead as they tried to escape from the gas.

The attack led to the creation of the 1925 Geneva Protocol prohibiting the use of chemical and biological weapons in warfare. This was subsequently strengthened by the 1993 Chemical Weapons convention.

Yet she said "people in Syria have again borne the horrendous cost of attacks with deadly nerve agents and chlorine gas," in 2013 and 2014, adding that "worrying reports just last month from Idlib, Syria, suggest chlorine gas was once more used."

Vice-President Beerli added that this did not mean that legal prohibition was a disappointment. "On the contrary, the strength of any norm is tested in the breach, by how the international community reacts to violations. She said the broad condemnation of the use of chemical weapons in August 2013 and in recent weeks confirmed the universal value of their prohibition.

The international community should also consider the grave dangers from all weapons of mass destruction, including biological weapons - even though their use in armed conflict has been relatively limited – and nuclear arms.

A review conference for the Treaty on Nuclear Non-Proliferation starting in New York next week will be a turning point for progress in this area, Ms. Beerli said, urging all states to act with urgency and determination to bring the era of nuclear weapons to an end. "If we wait for a nuclear catastrophe to happen, there might not be anyone left to draw lessons from it."

But she also pointed out that conventional rockets, bombs and missiles, particularly those with large explosive power, used in densely populated areas are responsible for the overwhelming majority of civilian deaths in today's conflicts.

The legal prohibition of the chlorine gas which killed thousands of soldiers in Ypres in 1915 did not prevent the attacks of two years ago or one month ago in Syria, Ms. Beerli said. "It is therefore our duty to work not only for the law to exist but also for it to be understood, to be accepted and to be respected."