Yemen: Prospects of peace do not excuse violations in Hodeida battle 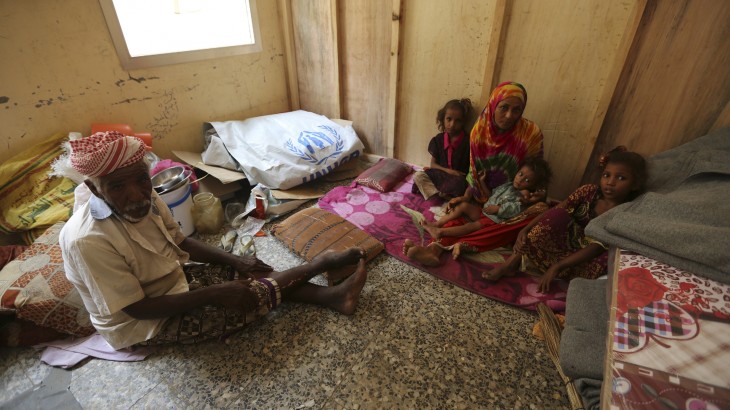 Al Marawi’ah, Hodeida, AlNasr School. This displaced family live along with other families in a classroom.

Yemen/Geneva – As Hodeida sees a dramatic escalation in the fighting around the city, the International Committee of the Red Cross (ICRC) calls on warring parties to protect civilians and civilian infrastructure from unnecessary harm, especially in the lead-up to potential talks between parties.

“Hodeida is once again trapped in violence with hundreds of thousands of Yemenis caught in the middle. The upcoming talks cannot be an excuse to disregard the laws of war that protect the lives of the Yemeni people,” said Fabrizio Carboni, the ICRC’s regional director for the Near and Middle East. "Wars have rules and parties to the conflict must respect them, even in the fiercest battles.”

The ICRC teams on the ground have seen how fear is rising among Yemeni people of being accidentally hit or purposely targeted. Fighting is nearing health centers, which led to the interruption of services in Hodeida’s 22 May Hospital. The city’s biggest hospital, Al-Thawra, is mere meters from the frontline, and if more health structures are rendered dysfunctional, the remaining facilities might not have the capacity to provide regular services or cope with an influx of casualties.

The ICRC encourages political efforts to put an end to a war that has caused intense misery for Yemeni families. Millions of people are displaced in the country and millions are battling extreme hunger as a direct consequence of the conflict.

“This new attack on Hodeida is brushing away the hope sparked by the recent announcement of the peace talks,” said Carboni. “We´re running out of words to describe how wretched the situation is. It's time to see a glimmer of hope in Yemen.”

The ICRC in Hodeida is providing support to Al-Thawra hospital and the Hodeida Water Authority to help keep basic services running. Since the escalation of the fighting in June the ICRC has delivered more than 80 metric tons of medical supplies to health facilities in and around the city and food and household items to more than 48,000 internally displaced individuals.