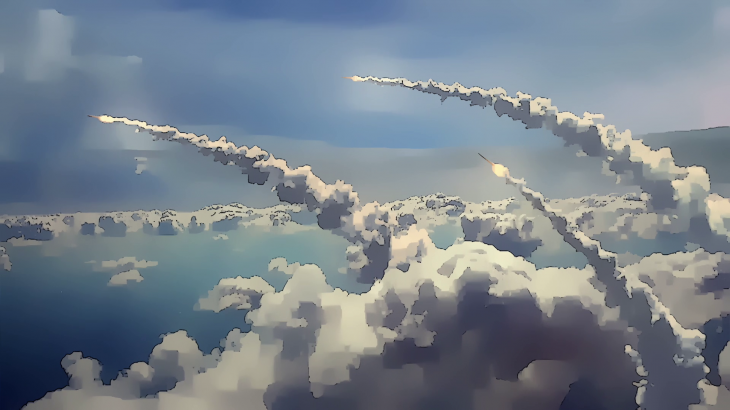 The risk of use of nuclear weapons has risen to levels not seen since the end of the Cold War. ICRC

Seventy-five years ago, on the morning of 6 August 1945, a B-29 warplane released a terrifying new weapon on Hiroshima.

By 1950, an estimated 340,000 people had died because of the bombs' effects, including from illnesses caused by exposure to ionizing radiation. The International Committee of the Red Cross (ICRC) and the Japanese Red Cross Society witnessed the unimaginable suffering and devastation, as medical and humanitarian personnel attempted, in near-impossible conditions, to assist the dying and injured.

The 75th anniversary of the bombings of Hiroshima and Nagasaki comes even as the risk of use of nuclear weapons has risen to levels not seen since the end of the Cold War. Military incidents involving nuclear states and their allies have increased in frequency, and nuclear-armed states have made explicit threats to use nuclear weapons.

Additionally, agreements to eliminate existing arsenals are being abandoned as new nuclear weapons are being developed, putting the world on the dangerous path of a new nuclear arms race. These developments add urgency to the international community's efforts to prohibit and eliminate these unacceptable weapons. The indisputable evidence of their catastrophic impact makes it extremely doubtful that their use could ever comply with international humanitarian law.

"The horror of a nuclear detonation may feel like distant history. But today the risk of nuclear weapons being used again is high. Treaties to reduce nuclear arsenals and risks of proliferation are being abandoned, new types of nuclear weapons are being produced, and serious threats are being made. That's an arms race, and it's frightening. We must push all states to ban nuclear weapons and push nuclear weapons states to negotiate, in good faith, steps towards their elimination," said Peter Maurer, president of the International Committee of the Red Cross (ICRC).

"The international community would not be able to help all those in need after a nuclear blast. Widespread radiation sickness, a decline in food production, and the tremendous scale of destruction and contamination would make any meaningful humanitarian response insufficient. No nation is prepared to deal with a nuclear confrontation," said Francesco Rocca, president of the International Federation of Red Cross and Red Crescent Societies (IFRC).

Proving the wide support for a nuclear-free world, 122 states in July 2017 adopted the Treaty on the Prohibition of Nuclear Weapons (TPNW). The treaty will become legally binding for countries that ratify it after 50 do so; to date 40 have. The treaty prohibits the development, testing, production, stockpiling, stationing, transfer, use and threat of use of nuclear weapons. For nuclear-armed states that join the treaty, it provides for a time-bound framework for the verified elimination of their nuclear weapons programme.

Maurer and Rocca commended the states that have already joined the TPNW and encouraged all others to follow suit, ensuring the events of 1945 never occur again. The two leaders said it was crucial that the TPNW becomes a new norm of international humanitarian law.

"Not since the end of the Cold War has it been more urgent to call attention to catastrophic consequences and fundamental inhumanity of nuclear weapons. We must signal in a clear and unambiguous manner that their use, under any circumstances, would be unacceptable in humanitarian, moral and legal terms," said Rocca.

There are over 14,000 nuclear bombs in the world, thousands of which are ready to be launched in an instant. The power of many of those warheads is tens of times greater than the weapons dropped on Nagasaki and Hiroshima.

For more information on the campaign to prohibit nuclear weapons, including a new video that can be broadcast, please visit www.notonukes.org

To preview and download the latest ICRC video footage in broadcast quality, go to
www.icrcvideonewsroom.org
To find out what the ICRC is doing to put an end to attacks on health workers and patients, go to
www.healthcareindanger.org
Follow the ICRC on facebook.com/icrc and twitter.com/icrc