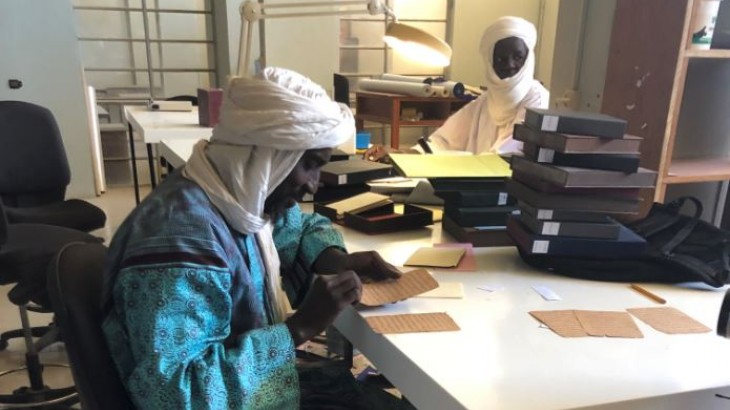 The importance of protecting cultural heritage in times of conflict has been highlighted by broadcaster and historian Dan Snow, during a visit to Timbuktu with the ICRC.

The British presenter visited the remote town in Mali, West Africa, to learn about how local people hid precious artefacts and documents, risking their lives to shield them from destruction when conflict came.

"This place has exceeded my wildest expectations," said Snow during the visit. "Timbuktu was part of a dynamic centre of the Islamic world that covered thousands of miles across this continent into Europe and the Middle East.

"The vast collection of manuscripts here represent the most important set of documents and writings in the history of Sub-Saharan Africa. They, collectively, are one of humanity's greatest treasures."

"An attack on heritage is an attack on the soul". We took @thehistoryguy to see the cultural treasures of Timbuktu, rescued by locals when the conflict came. WATCH Dan Snow's once-in-a-lifetime trip pic.twitter.com/bsPbCqh0ZC

The artefacts, rescued and hidden from armed fighters by the local community, are now on display in Timbuktu's local institutions.

"These objects survived destruction because incredibly brave volunteers took them away and hid them in their own homes, and brought them all back here," said Snow. "It's a story about what people are prepared to risk to protect their shared history."

Timbuktu is the home to the most significant collection of historic manuscripts in sub-Saharan Africa. Tens of thousands of these priceless documents were saved during the fighting in 2012 by the inhabitants who risked everything to hide and smuggle them out. pic.twitter.com/Q7x4u2XpIX

Cultural property is protected under International Humanitarian Law (also known as the laws of war) which obliges parties to an armed conflict to protect and respect such property. This includes religious buildings, historic artefacts, works of art, historic sites and monuments. A recent survey by the ICRC emphasised that the majority of people living in areas affected by conflict also saw this as a hugely important issue for the future of their country.