Colombia: In 2022, the ICRC facilitated the release of 63 people held by armed groups

In 2022, 63 people were released by armed groups to the International Committee of the Red Cross (ICRC) – one of the highest numbers in recent years.

International humanitarian law grants particular protections to children (including adolescents), civilians and people no longer taking part in hostilities, protections that armed groups must also provide. For this reason, we applaud the humanitarian gesture of the armed groups for releasing these individuals to be reunited with their loved ones. We also appreciate the dialogue with weapon bearers and people affected by armed conflict and other violence, which enabled us to reach the most remote and least accessible places in the country, places where no one else can go.

As a humanitarian organization, we do not make public statements about who was released, why they were being held by armed groups or what their living conditions were like.

We request that journalists and others working in the media and other communication channels also refrain from disclosing such information, particularly with regard to minors, in order to allow us to continue carrying out our humanitarian work and to protect the dignity of the people released and their families.

We will continue supporting the communities and individuals affected by armed conflicts and remain ready to carry out other humanitarian operations to mitigate the dramatic consequences of armed conflict and other violence in our role as a neutral intermediary.

Remaining neutral in a conflict does not mean that we are indifferent to the suffering of its victims. On the contrary: not taking sides allows us to enjoy the trust of the parties and therefore go to those places that are worst hit by the violence and relieve human suffering.

← BACK TO COUNTRY PAGE COLOMBIA 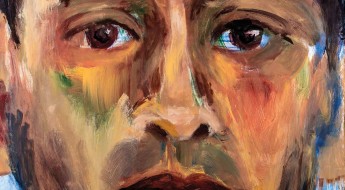 Colombia: Human beings, inside and outside. Pictures of a life behind the wall. (13)