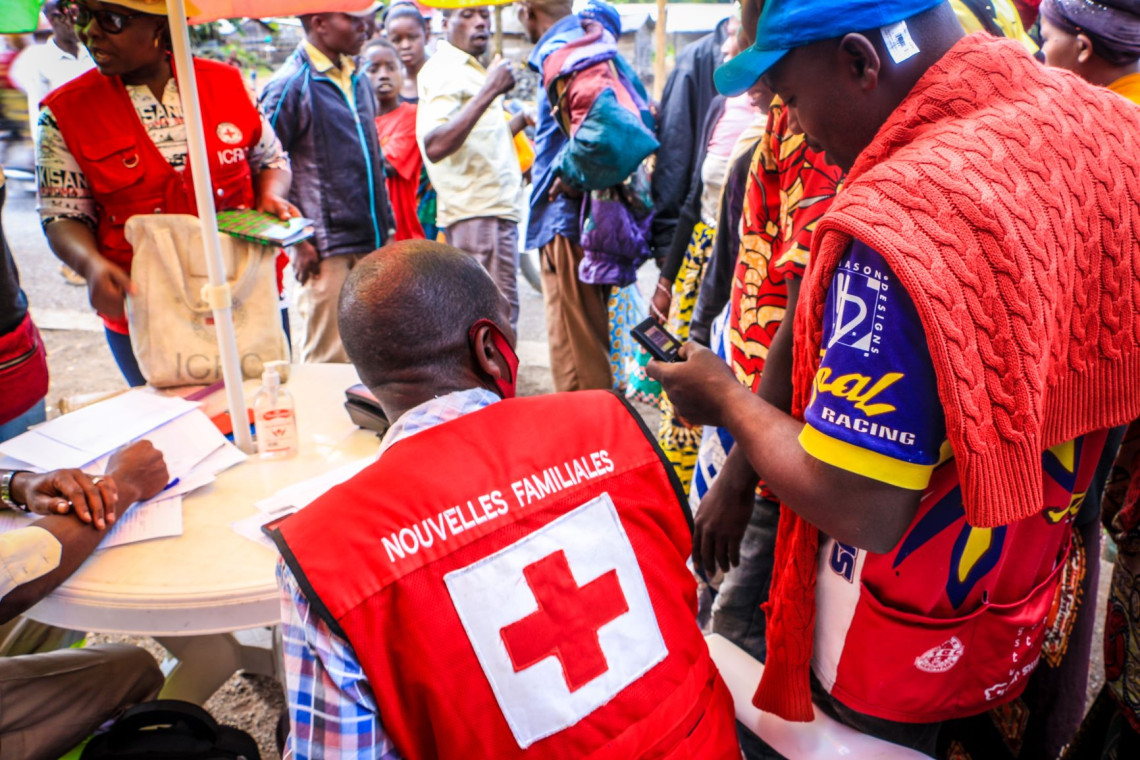 Democratic Republic of the Congo: Clashes in Rutshuru Territory cut off 800 children from their families

More than eight hundred children have lost contact with their parents in the wake of violent clashes in Rutshuru Territory between the Armed Forces of the Democratic Republic of the Congo (DRC) and fighters from the March 23 Movement (M23). The International Committee of the Red Cross (ICRC) is concerned by the growing number of tracing requests submitted by families in the DRC and Uganda who have become separated.
News release 23 June 2022 Democratic Republic of the Congo Uganda

“Our Red Cross teams in Uganda and the DRC tell us that 800 children have been separated from their families as a result of the upsurge in violence in Rutshuru Territory,” says Roman Machover, the ICRC’s head of Programmes and Prevention in the DRC.

Since 28 March 2022, clashes between the DRC’s armed forces and M23 have caused large numbers of people to move both within the DRC and in neighbouring countries, particularly Uganda. According to the North Kivu Protection Cluster, a group of humanitarian actors working to protect the civilian population in the province, around 1,000 families have fled to Kabindi, Rugabo and Rutshuru in the centre of the country, while another 4,000 have sought refuge in Uganda.

The fighting induced a sense of panic. Family members lost contact with one another as they fled. The situation is particularly distressing for children, the elderly, the sick and people with disabilities,” said Pamela Ongoma, the head of the ICRC’s Restoring Family Links programme in the DRC.

The ICRC and the Red Cross Society of the DRC have set up a free telephone service for displaced people who have been separated from their loved ones. Local Red Cross volunteers showed invention to adapt how they worked, as they too had been displaced by the fighting.

Displaced people often do not have the means to pay to make telephone calls. “It’s been two weeks since I lost touch with my brother. Shots were being fired, and people ran off in every direction,” said Irakiza Musafiri, a refugee in Kanyaruchinya.

The telephone booths, operated by the Red Cross Society of the DRC, are a sign of hope and highly prised by the people using them. “Every day, more than 100 people make calls here. They’re usually parents calling relatives to track down their children,” said Theonest Bitakuya, a local Red Cross volunteer.

On the other side of the border, in Uganda, several thousand refugees are looking for relatives of theirs who stayed behind in the DRC or are in other refugee camps, such as Nakivalé, Kyaka or Rwamwanja. Since the start of the crisis, around 20 staff members from the Uganda Red Cross Society and the ICRC have been working to help them find answers.

When the fighting intensified in June 2022, a large number of displaced people preferred to remain behind at Nyakabande’s transit centre or with host communities, close to the border, in the hope of being able to return as soon as the security situation allowed.

Since March, more than 4,088 free calls were made by refugees. (Another 2,210 calls were made but no one picked up.) So far, 155 unaccompanied children have been reunited with their parents.

Because the number of refugees staying with host communities close to the border is rising, the Uganda Red Cross Society and the ICRC are seeking the authorities’ support to expand the telephone service.

Unfortunately, the volatile security situation in the region makes searching for missing people and reuniting them with their families difficult. Access to areas where displaced people originally come from is risky and the family members are constantly on the move. In addition, the teams on the ground can only reunite children with their families when the conditions are right. “As soon as the security situation allows it, the ICRC will be able to send teams into the areas of Rutshuru where the people we’re looking for could be,” said Pamela Ongoma.

The ICRC’s delegation in the DRC and Uganda works in close collaboration with the National Red Cross Societies of both countries, who play a key role in restoring family links. Meetings are held with all three to share information about the situation and what people need, and to coordinate and harmonize the collective humanitarian response.

Facts and figures for the Restoring Family Links programme from 28 March to 15 June 2022, in the wake of renewed violence in Rutshuru Territory