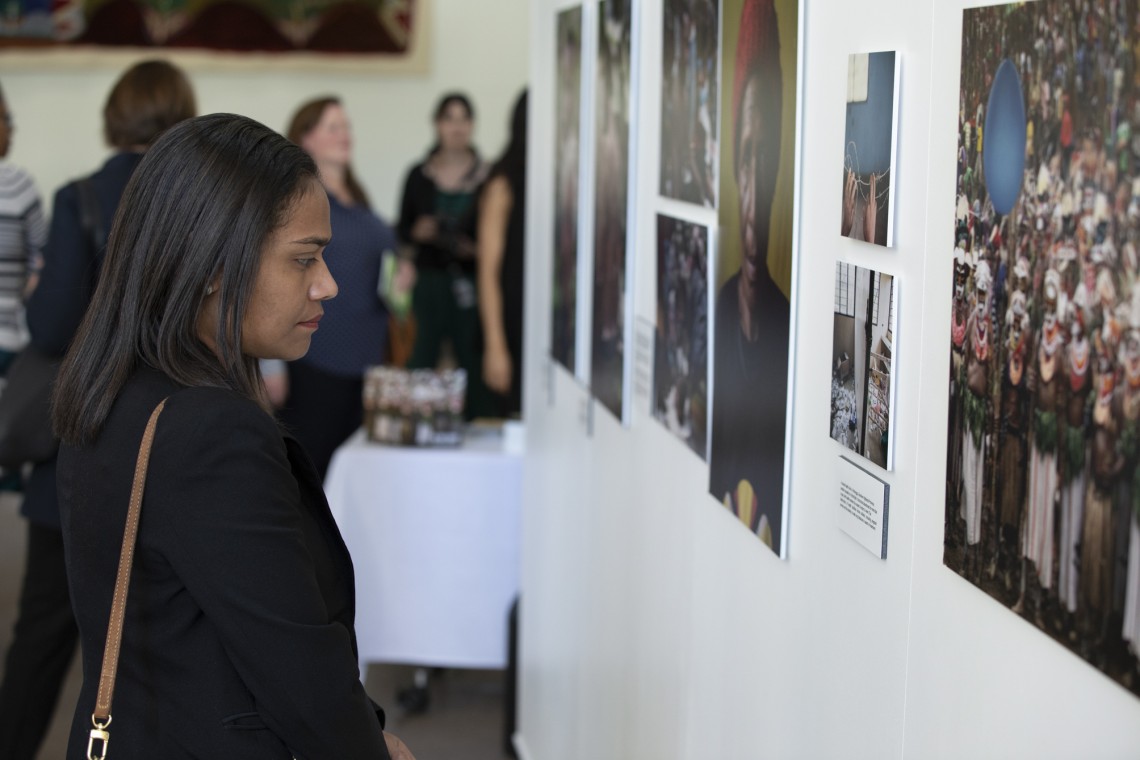 In the Fight: ICRC exhibition at the Department of Foreign Affairs and Trade

ICRC brings stories of strength and resilience in Papua New Guinea to the foyer of the Australian Department of Foreign Affairs and Trade.
Article 04 November 2019 Australia Papua New Guinea

'In the Fight: Humanity and Tribal Conflict', a multimedia exhibition by the ICRC, was exhibited in the foyer of the Australian Department of Foreign Affairs and Trade (DFAT) headquarters in from Monday 28 October until Friday 01 November. The exhibition, previously exhibited as part of Head On Photographic Festival, shares stories of resilience and humanity amid fighting in the remote peaks and valleys of Papua New Guinea's highlands, highlighting the historical and cultural intricacies of tribal violence. It outlined how communities are working together, and with the ICRC, to minimise the humanitarian consequences of being 'in the fight'. 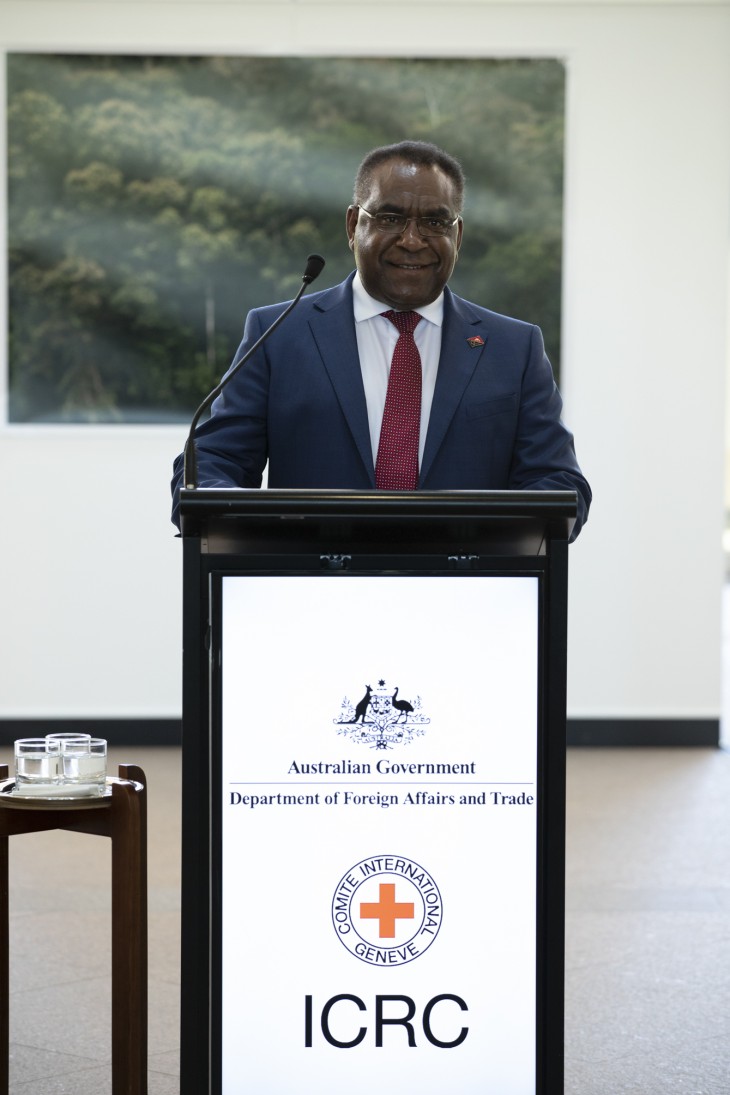 The exhibition opening event was attended by Australian Government, diplomatic corps, NGOs, academia, and think tanks where Head of Mission Papua New Guinea, Ahmad Hallak provided an overview of the fighting, its severity, and the impact it has on communities, facets which are not widely known outside Papua New Guinea. The exhibition was on display for one week, giving diplomats from all parts of DFAT the opportunity to learn about the ICRC and its work in Papua New Guinea.