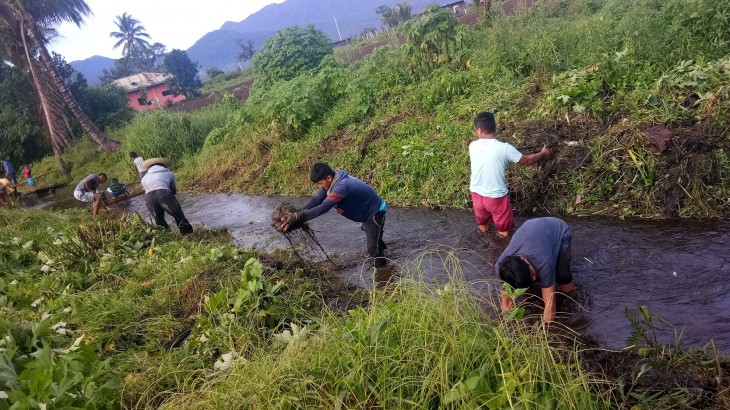 Residents worked together to clear the canal irrigation system so water could directly go to their rice fields.

In 2016, life changed for 28-year-old farmer Amilodin from Butig town in Lanao del Sur province, southern Philippines, and he has been struggling to make ends meet while raising his two young children. “Our house and the land I toiled on were burned down due to the armed conflict three years ago. Since then, we have been living in our uncle’s compound and we remain dependent on his support,” he said.

Amilodin was among 12,500 people in this town who were displaced by the fighting between the state armed forces and an armed group in 2016. Many of them fled to the bustling city of Marawi, which unfortunately became the ground of a more devastating conflict in 2017.

The most severely affected barangays in Butig were Poctan and Ragayan. Some 390 families (approximately 1,950 people) who fled to Marawi came back to their roots in Butig in 2018 to try to rebuild. Unfortunately, they had no more houses or farms to return to.

“As most of the aid was directed towards Marawi city and surrounding municipalities hosting most of the internally displaced people and since humanitarian access to Butig was complex, it received limited amount of assistance. This has been an enormous challenge for Butig residents, as many of them have been doubly displaced and continue to feel the impact of these conflicts on their daily lives,” said Eliane Chahwane, head of the International Committee of the Red Cross (ICRC) office in Iligan that covers the area of Lanao del Sur.

In 2018, the ICRC returned to Butig to assess the humanitarian needs in the two most-affected barangays. After supporting a year-long project of the Lanao Sur Electric Company (Lasureco) that restored the electricity in Poctan and Ragayan, the ICRC proposed a cash-for-work (CfW) project to provide temporary income to those most in need and to address the needs of the community at-large.

The community members decided to focus the CfW project on improving the irrigation system that spans the two barangays, as it was crucial for them to restart their farming activities.

The CfW project was conducted in June and employed 100 people from Poctan and Ragayan. The most vulnerable households were prioritized in the selection of the program participants: families of laborers, those with large number of family members, families with differently abled, sick or malnourished children, and women-headed households.

They formed teams to clean and repair their irrigation system. After completing the project in 15 days, the workers received their income, which helped them to cover gaps while waiting for harvest season in the next two months.

“This aid gives us a chance to see to it that we take care of our homes and earn a living from it,” said Amilodin, who described the assistance as 'sindaw sa malibutng,' Maranao for 'glimmer of hope.' 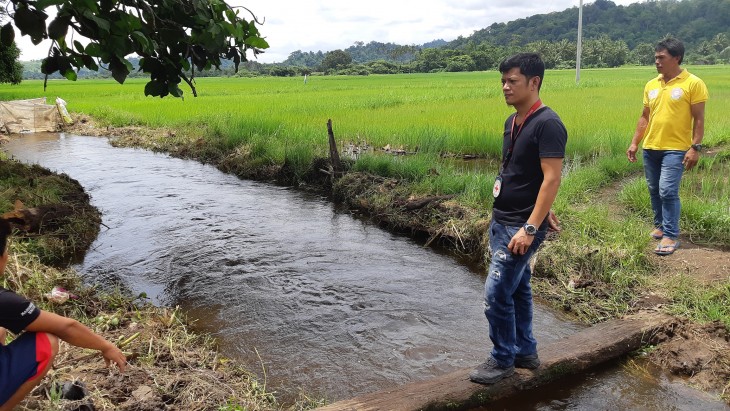 The work was completed in 15 days, benefiting 100 families in Poctan and Ragayan.

The CfW project also brought together the communities of Poctan and Ragayan to work toward a common goal. A more efficient irrigation system meant the farming communities’ yield in food production will increase during harvest season.

“We can now depend on our irrigation systems and the land we toiled will receive the right amount of water. We also earned a decent living from it. The cash for work programme is a temporary source of income but it’s worth it,” Amilodin said.

While there is still a long way for the affected communities of Butig area to recover fully from the consequences of the conflict, these initial steps restore the hope of Amilodin and other residents that there is a better future to look forward to.