Horn of Africa: Helping refugees re-establish contact with their families 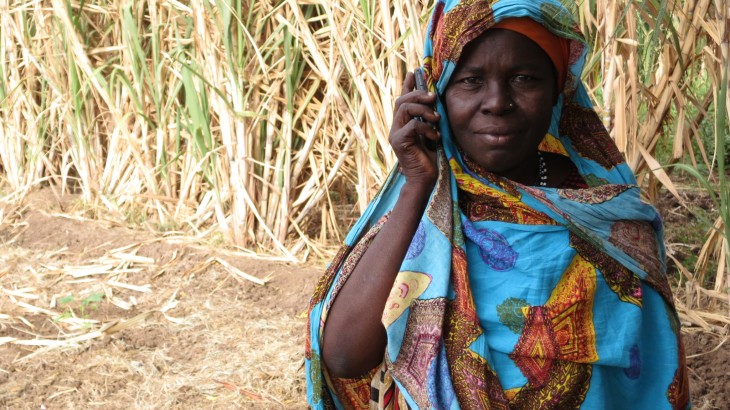 In 2015, a number of countries in the Horn of Africa witnessed a wave of crises.

The ongoing unrest in South Sudan brought the number of people who had fled their homes since the conflict started to over two million. Electoral tensions in Burundi led to a large influx of refugees into neighbouring Tanzania, Rwanda, Uganda and the Democratic Republic of the Congo. And as the conflict in Yemen worsened, thousands fled to the shores of Djibouti and Somalia.

When seeking safety, people do not only leave their homes and livelihoods behind, often they also become separated from their loved ones. The infographic below illustrates how the ICRC and Red Cross and Red Crescent societies in the Horn of Africa helped restore and maintain contact between separated families in the region. 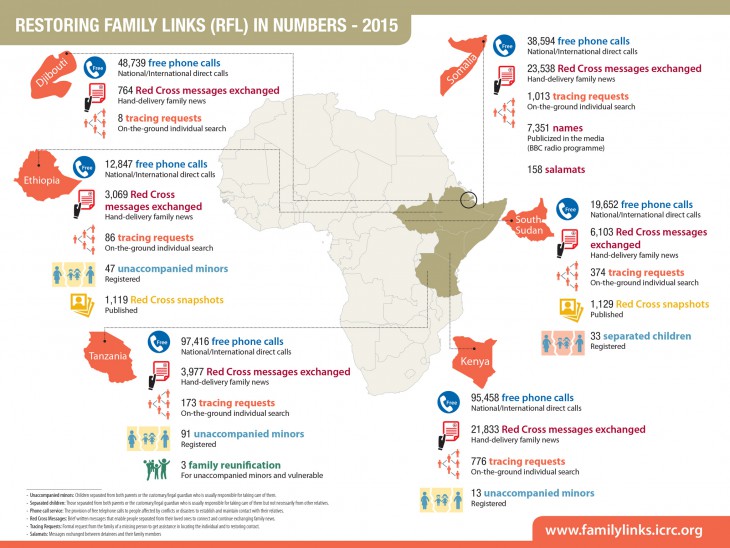 Infographic: Restoring Family Links in the Horn of Africa 2015