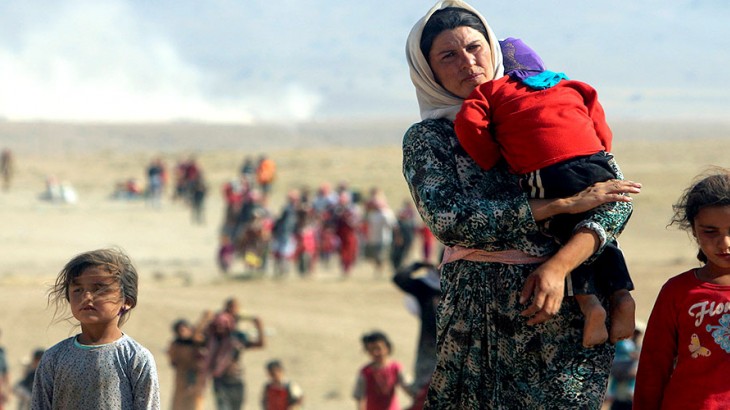 Geneva (ICRC) - The president of the International Committee of the Red Cross (ICRC) has said that suffering in Syria and Iraq has reached 'unprecedented levels' and that many people, in both countries, are living in 'abject fear and terrifying uncertainty', with the situation worsening almost by the day.

As the holy month of Ramadan comes to an end, Mr Maurer, called on those people with influence over the conflict to show vision and courage and a respect for the fundamental value of human dignity.

In both countries, hundreds of thousands of people have been killed and millions forced to flee their homes. It is estimated that there are around 10 million people internally displaced in Syria and Iraq.

"The people need leaders who believe in humanity, who protect, homes, schools and hospitals; who protect civilians and treat people they capture with respect; and who allow and facilitate neutral and impartial humanitarian help for those
in need," said Mr Maurer.

The Red Cross and Red Crescent Societies have been providing aid to people on all sides of the conflicts. The ICRC has helped provide clean drinking water and improved sanitation for more than 6 million Syrians. In Iraq, food, drinking water and medical assistance has been delivered to more than a million people.

"We stand ready to talk to anyone - or to act as an intermediary - so that more help, more assistance, can be delivered. When the guns fall silent - and they will do one day – it'll be that common respect for human dignity that will provide a way forward. And for the healing process to begin," said Mr Maurer.

Editor's note: The full video statement of the ICRC president, Peter Maurer, can be found on our AV Newsroom.