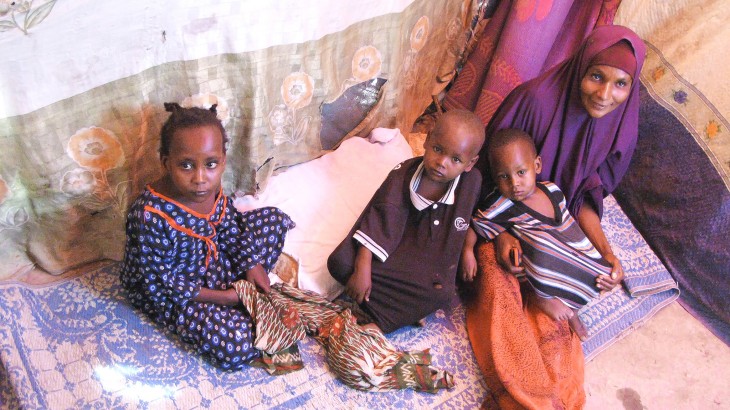 Fatuma and her family were living a difficult life in a Somali displacement camp about a year ago. Her children were frequently hungry. School was an unaffordable luxury. A year later, everything has changed.

Ahead of International Women's Day (8 March), we are featuring stories that illustrate women's resilience in the face of adversity and situations of conflict.

Fatuma and her six children had fallen on hard times in 2015. They were forced to depend on food distributions from humanitarian organizations since neither she nor her husband could find work in their displacement camp in Beletweyne, a town in the Hiraan region of central Somalia.

Then things began looking up. After receiving a small sum of money as a way to seed a small business, Fatuma now runs a camp kiosk that sells items like milk, sugar, tea leaves and spices. With an average daily turnover of $30, she earns enough to meet her family's basic needs.

In an interview in 2015, she sat in her makeshift hut watching over her playful children who seemed oblivious of the world around them.

"I came here because I ran away from the war where I experienced hunger and hardships," she said back then, her voice cracking with emotion. She said that if she could make money from a small business, it would be possible to move out of the camp. 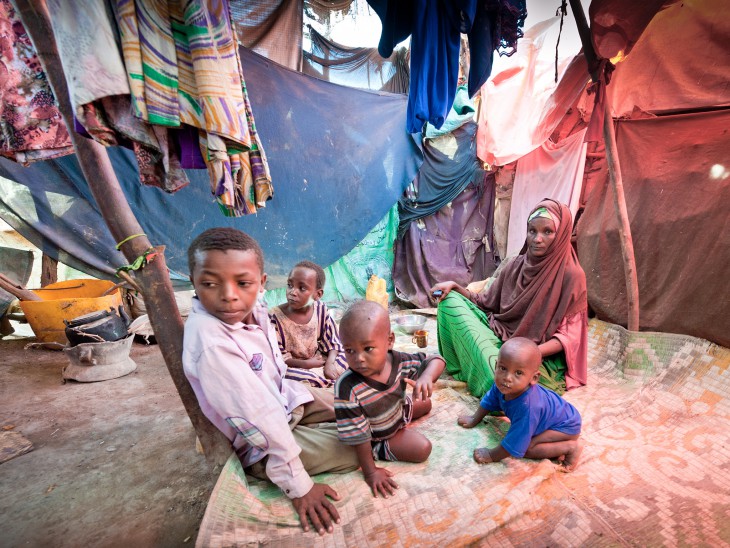 Somalia, 2015. Fatuma and her six children lived in a makeshift hut made of wood and cloth in a displacement camp in Beletweyne town. CC BY-NC-ND/ICRC/Pedram Yazdi

Fatuma was among a group of 875 expectant and breastfeeding women living in displacement camps who received $280 to start an income-generating activity. The ICRC recognized that the group of women needed support to meet their family's daily needs.

The idea behind the income support programme was to assist households that are susceptible to malnutrition, an alarming problem in Somalia that is widespread in displacement camps.

One year later: Three meals and children in school

For Fatuma, the $280 gave her a much-needed lift. A year down the line, her desire to provide for her family has paid off.

"A lot has changed since. Unlike before, we can now afford three meals a day. Two of my children go to school. I am now self-reliant and happy with the little profit I make at the end of the day," said Fatuma, her wish to someday move out of the camp still in her sights. 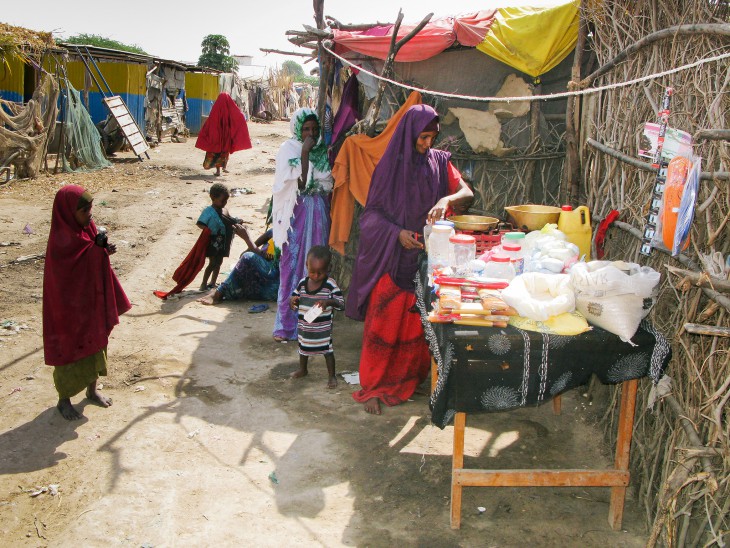 Somalia, 2016. Fatuma has set up a small food kiosk at the displacement camp where she lives in Beletweyne. CC BY-NC-ND/ICRC/Miraj Mohamud

On this International Women's Day, Fatuma's journey towards self-sustenance offers an opportunity to reflect on the remarkable progress made by women like her despite the challenging environments they find themselves in.
Income support remains an enabling factor only. Fatuma's success is a testament to her resilience, her tireless commitment to her family and tenacious hard work. 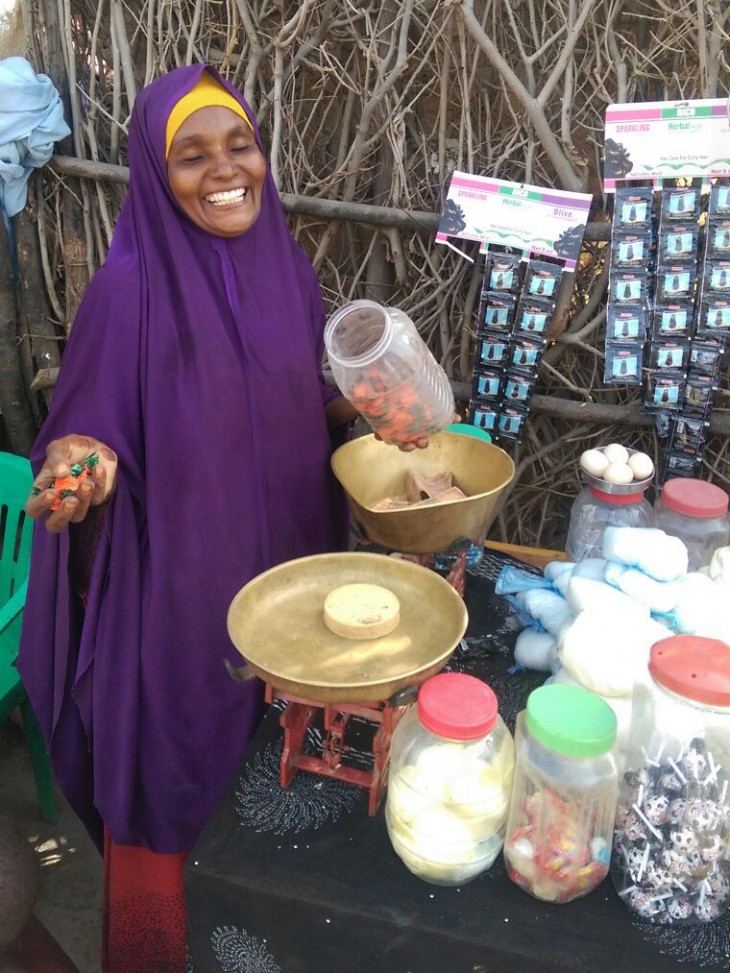 Beletweyne town, Somalia, 2016. Fatuma laughs as she shares a light moment with one of her customers. CC BY-NC-ND/ICRC/Miraj Mohamud