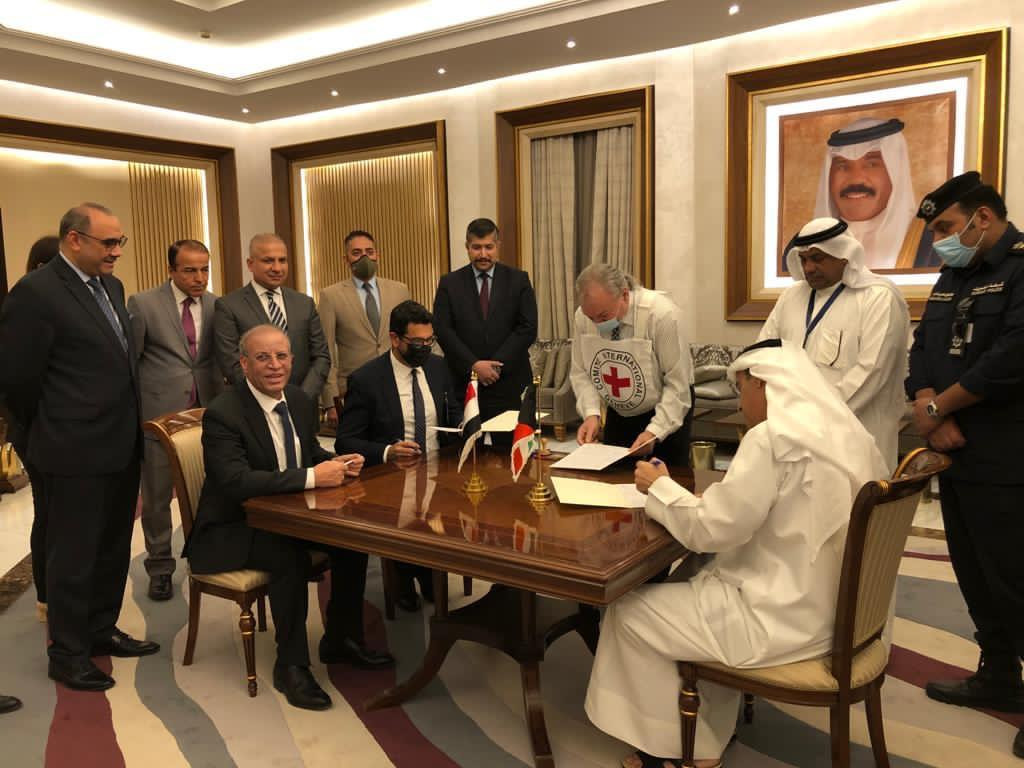 Today, under the auspices of the Tripartite Commission, the remains of an Iraqi soldier gone missing during the 1990-1991 Gulf War were handed over from the State of Kuwait to the Republic of Iraq, along with his belongings and military identification.
News release 30 March 2021 Iraq Kuwait

The human remains in question had been found early last February in Bubiyan Island north of Kuwait. The transfer took place as per agreed modalities between the two countries, assisted by experts from the International Committee of the Red Cross (ICRC) within the frame of the Technical Sub-Committee.

This development is the first of its kind since 2013 and, after required testing at the Iraqi Medico-Legal Directorate, will be returned to the person’s family, allowing them to finally have clarity on the fate of their loved one after three decades of painful uncertainty.

The Tripartite Commission and its Technical Sub-Committee were set up in 1991 and 1994 respectively, to help ascertain the fate of people missing in connection with the 1990-1991 Gulf War. They are chaired by the ICRC and composed of representatives of the Republic of Iraq, the State of Kuwait, the Kingdom of Saudi Arabia, the United States of America, the United Kingdom, and the Republic of France. The UNAMI joined in 2014, as an observer.

The members of the Tripartite Commission continue to work relentlessly to search for those still unaccounted for in relation to the conflict.