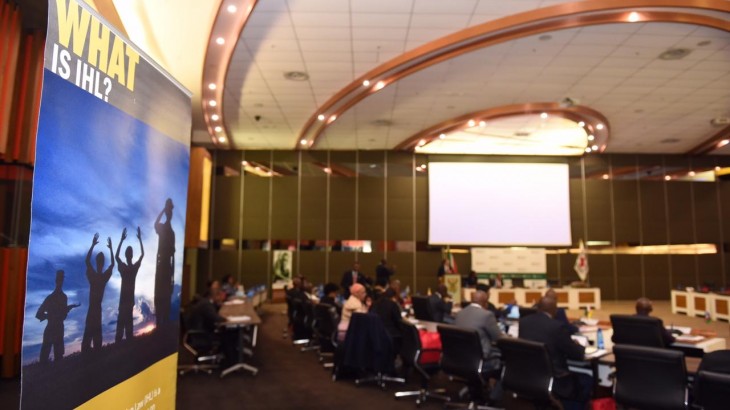 State representatives from 15 African countries gathered in Pretoria, South Africa from 23 to 26 August 2016 for the 16th Annual Regional Seminar on International Humanitarian Law (IHL) co-hosted by the Department of International Relations and Cooperation of the Government of South Africa and the International Committee of the Red Cross (ICRC). Participants reflected on the current status of implementation and compliance with IHL in the region, with a particular focus on the theme – Protection of Persons and Property in Times of Armed Conflict.

In plenary meetings, the participants explored the challenges facing IHL worldwide, including the deliberate targeting of civilians, indiscriminate attacks against health care facilities, the intentional destruction of cultural property and heritage as well as persistent attacks against humanitarian aid workers.

Convening in expert groups and panel discussions, the representatives explored how the occurrence of similar acts could be effectively prevented in eastern and southern Africa. They considered the legal framework and humanitarian consequences of the use of explosive weapons in populated areas; how to enhance the protection of cultural property and heritage in armed conflict; as well as emerging steps to strengthen the protection of health care personnel, equipment and facilities during armed conflict.

The representatives reaffirmed their commitment to existing international laws and norms governing the protection of persons and property in times of armed conflict. They pledged to identify domestic, regional and continental approaches that could be utilised to realise the full implementation and enforcement of these obligations.