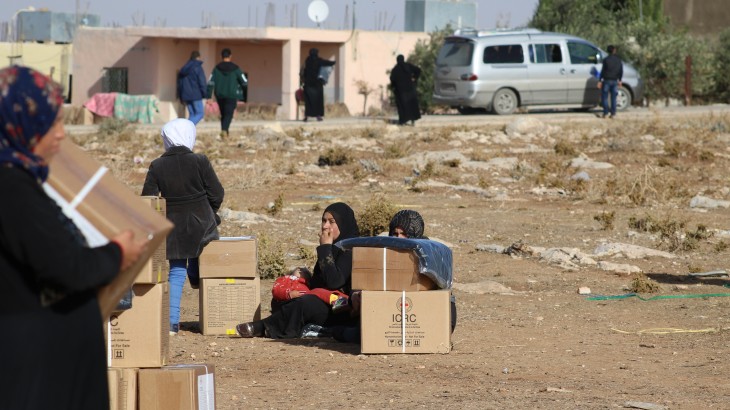 In the context of the ICRC's regional response to the Syrian conflict, the ICRC in Jordan continued to respond to the needs of thousands of Syrian refugees and communities hosting them, while providing large-scale logistical and training services to other ICRC delegations in the region and beyond.

Between October and December 2016, the ICRC continued to provide food and non-food assistance, as well as water, health care and restoring family links services, to some 360 asylum seekers who have been stranded in the Ruwayshid transit site since June 2016.

In host communities, the ICRC, in collaboration with the Ministry of Water and Irrigation and the Yarmouk Water Company, completed seven projects for the rehabilitation of critical water infrastructures in Mafraq and Irbid governorates for the benefit of more than 220,000 Jordanians and Syrians.

To ease the situation of vulnerable people in host communities, especially with the arrival of winter, the ICRC, in collaboration with the Jordan Red Crescent Society (JRCS), delivered food and hygienic parcels as well as winter clothes to more than 3,000 Syrian and Jordanian families residing in five southern governorates, and provided 2,800 Syrian families, mostly female-headed, with monthly cash assistance.

For more about our work in Jordan