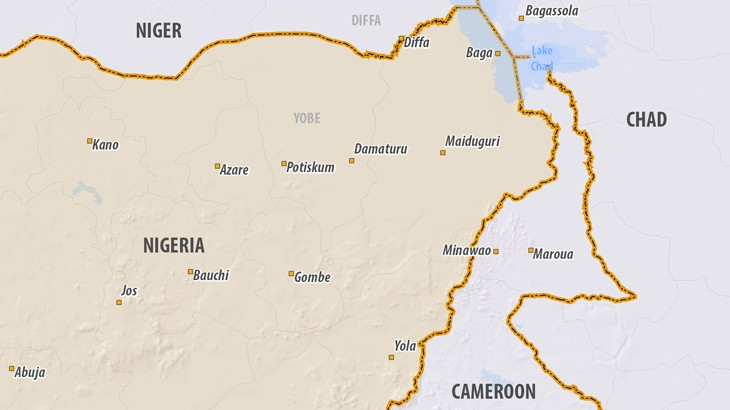 Violence in Nigeria is not only claiming lives and forcing hundreds of thousands of people to flee their homes in the country itself; it is spilling over into neighbouring Chad, Niger and Cameroon, where the humanitarian situation is also deteriorating. Across the Lake Chad region, the International Committee of the Red Cross (ICRC) is providing displaced people with food and household essentials and helping medical facilities to cope with the influx of casualties.

Months into the conflict, places such as Maiduguri, Yola and Gombe, in north-eastern Nigeria, have become home to hundreds of thousands of people displaced by the violence. Some have settled in schools, government buildings and camps for internally displaced people. Others are staying with relatives and host families, putting additional strain on already impoverished communities.

"We are increasingly concerned about the impact of the conflict on thousands of families," said Karl Mattli, head of the ICRC delegation in Nigeria. "Many of those affected in north-eastern Nigeria have had to travel long distances to reach safety and are now struggling to meet their basic needs. The aid we've provided will improve their living conditions, but it's not enough. More has to be done." 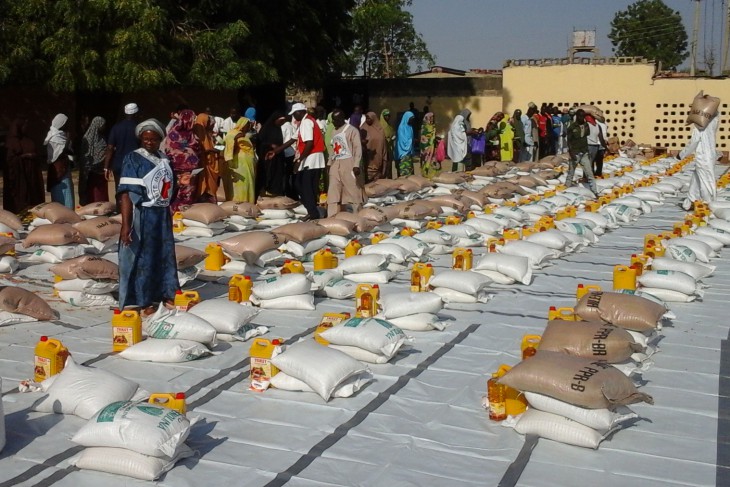 Most of those arriving in Maiduguri in recent weeks were fleeing Baga, scene of heavy fighting about 220 kilometres away. "The vast majority could not afford to buy their own food or other essentials," said Janet Angelei, an ICRC economic-security specialist working in Nigeria. They therefore had to rely on the solidarity and generosity of host communities, already struggling to make ends meet, and on humanitarian aid. Since December 2014, the ICRC and the Nigerian Red Cross have delivered food and essential household items to 15,000 displaced people in Maiduguri, 17,000 in Yola, 6,000 in Gombe, 3,000 in Jos and 5,000 in Kano. Distributions are still ongoing in Maiduguri.

Many families have been split up by the conflict, as they had to flee in different directions and many children became separated from their parents. ICRC and Nigerian Red Cross staff have registered unaccompanied minors in internally displaced communities in Yola, Maiduguri, Jos and Kano and worked with parents wishing to report their children missing. The number of children waiting to be reunited with their parents is growing. The ICRC and the Nigerian Red Cross will spare no efforts to reunite dispersed family members. 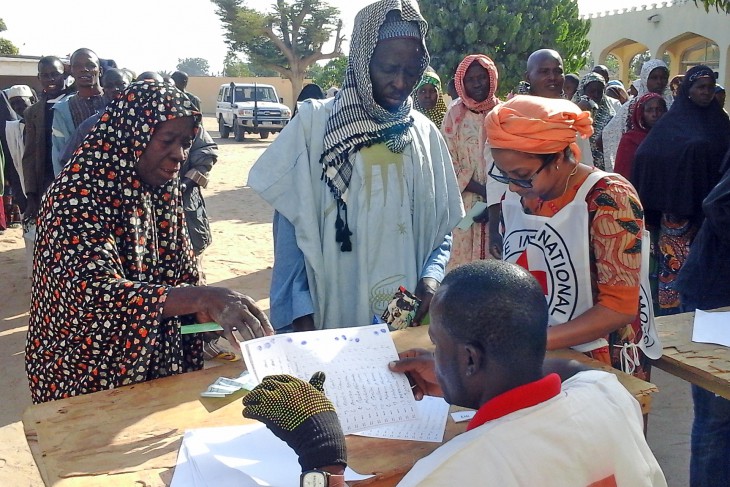 The ICRC supported the authorities in upgrading Mala Kachala primary health-care centre in Maiduguri and training staff there. Over 100,000 patients now enjoy improved health care. The ICRC has also donated medical supplies to various hospitals in Potiskum, Damaturu and Maiduguri to treat people injured in the fighting and bomb blasts in the area in recent months.

The ICRC surgical team, working alongside local medical staff, operated on 38 patients at the Federal Medical Centre in Azare, as well as seven patients in Jos State Hospital, following bomb blasts in Bauchi and Yobe in November 2014.

In 2014, the ICRC visited people held in connection with the armed violence in more than 20 detention facilities. ICRC staff assessed detainees' treatment and living conditions, and shared its findings in full confidentiality with the authorities. In-kind assistance was provided where necessary.

Thousands of people have now crossed into neighbouring countries in search of safety. The ICRC has stepped up its assistance to those affected by violence not only in Nigeria itself, but also in Niger, Chad and Cameroon. 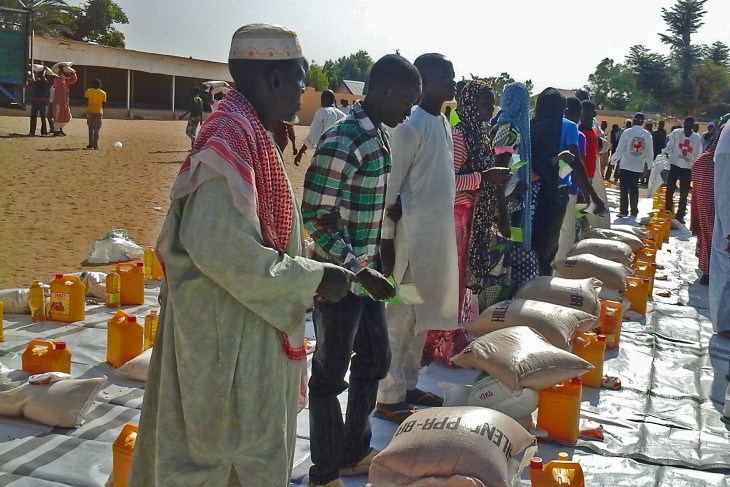 Among those fleeing the violence in north-eastern Nigeria are tens of thousands who have found refuge across the border, in the Diffa area of Niger. In 2014, some 45,000 benefited from ICRC food aid there. Some 11,000 of them also received other essential goods, such as blankets, mats, clothes and mosquito nets. Thousands more have received ICRC aid in the first few months of 2015.

The ICRC also delivered medical and surgical supplies and equipment to Diffa regional hospital, to ensure that war-wounded patients received the care they needed.

Those fleeing the violence in Nigeria often had to leave their homes in a hurry. This resulted in families being separated, sometimes across borders. In this situation, children are extremely vulnerable. Working closely with the Red Cross of Chad, the ICRC has set up two stations in Chad where people can make free phone calls to their relatives. More than 2,000 such calls have been made so far, allowing family members to get back in touch.

In Chad, the ICRC has also:

From mid-February, the fighting spread across the Lake Chad region and spilled over into Chad itself. The ICRC quickly stepped in and provided a war-wounded kit, containing approximately one tonne of medical supplies, to Bagassola hospital.

In Cameroon, needs are also growing. ICRC teams are preparing relief efforts to meet the basic needs of displaced and host communities in the far north of the country. The ICRC has also:

The ICRC is also pursuing its dialogue with Cameroonian security forces operating in the north with a view to improving their knowledge of and respect for international humanitarian law.