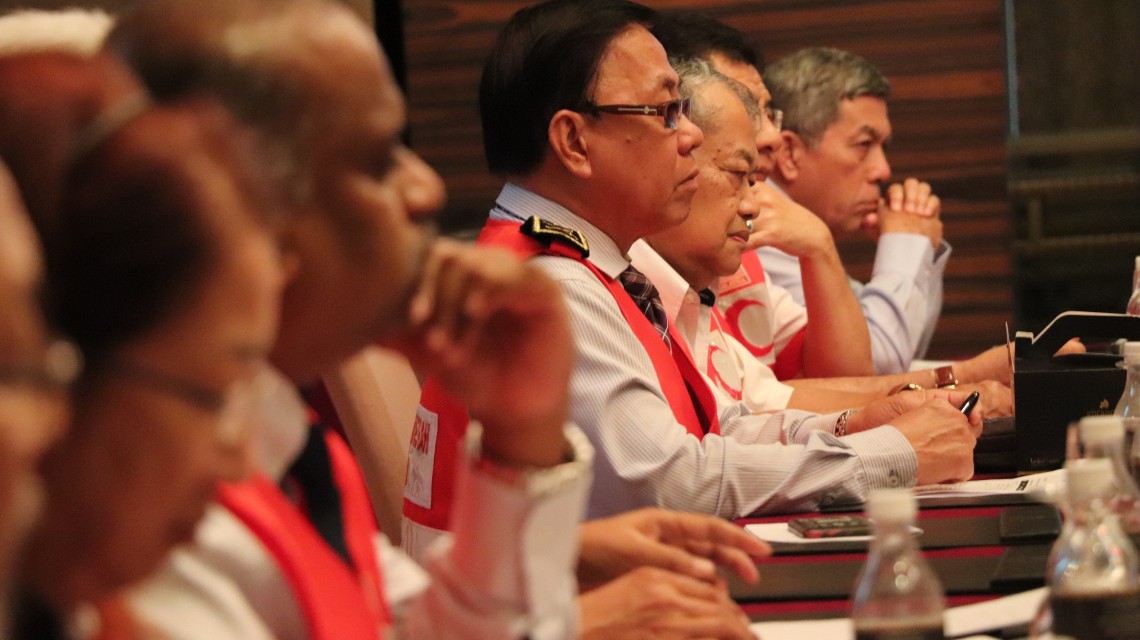 They have volunteered their services and time for the betterment of the National Society. In yet another instance of their dedication to the cause, a group of around 20 National Executive Board members and state representatives of the Malaysian Red Crescent Society (MRCS) took a day off from their busy schedules to learn more about the international humanitarian law (IHL). The gathering of top functionaries attended a workshop on IHL and the International Red Cross and Red Crescent Movement on 20 August 2019. 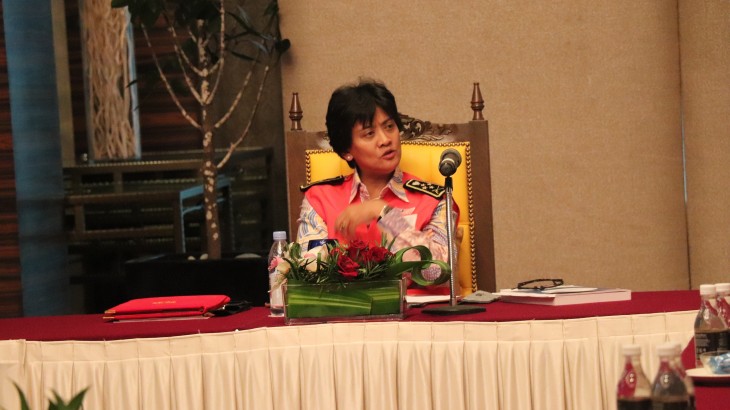 HRH Dato Seri DiRaja Tan Sri Tunku Puteri Intan Safinaz bt Almarhum Sultan Abdul Halim Mu'adzam Shah, Tunku Temenggong Kedah, who took the helm of the MRCS in July 2018, led other board members in actively participating in the one-day workshop. The Princess, who has created history as the first female National Chairperson of MRCS since its establishment seven decades ago, reminded the participants that the workshop was a good opportunity to refresh their knowledge of IHL. HRH said it was important to be mindful of their duty of leading the National Society in fulfilling its auxiliary role to the authorities in the humanitarian field.

Talking about the role played by IHL, YBhg Dato' B J Yeang from MRCS Penang state pointed out that it was not only important during war, but also in times of peace. Though IHL is a law applicable in times of war, its underlying principle of respecting life and human dignity is applicable even in times of peace.

Mr Mohd Syahir bin Azlan highlighted that IHL was important to humanity and agreeing with him, YB Dato' Hj Mohd Rashidi bin Mohd Noor elaborated that the law was about being treated with dignity.

Though coming from different states, Dr Anuar Suun, Mr Palany Murugayah and Tuan Asnan Yunus Chung were in favour of more IHL-related activities for MRCS members and even the general public. Another participant, Mr Vincent Raymond, spoke about catching them young when it came to IHL education. Ms Ng Yoke Leng, who is also an IHL instructor, vowed to play her part in creating awareness by conducting more courses for MRCS youth officers and volunteers.